This article contains lots of spoilers for Inside.

When I got to the furnace I thought that was the end of Inside. Immediately my heart stopped. “Oh my god they didn’t,” I thought. But the momentum of the moment and all the crashing glass and shrill screams that had come before urged me on. The King of Limbs (as some are now referring to it) slunk closer to the wall, both of us transfixed by the flames. The blob of mangled flesh and synaptic impulses is a tragic abomination, but did the game’s creators really want it to die? I have it try to grip the furnace grate and pull it open, try to stuff itself inside, but nothing happens. Just some smoldering burns and pained yelps. This is not the end.

Where exactly the game does end remains unclear. The obvious point is a few screens later when you finally guide the King of Limbs crashing through the side of the facility down a mountain path to a sunny little beach. The monstrosity relaxes (or does it die?) and the game pauses to let you take in the scenery before bringing up the end credits. From there the player can restart the game, not just to experience every residual detail with fresh eyes and a clearer idea of the whole, but also to collect spheres littered throughout different environments that help unlock a special underground hatch.

Down there, the boy finds a machine that appears to be hooked up to a mind-control device. If you have him destroy it, his legs crumple and his body goes limp, just like so many of the lifeless husks you’ve manipulated previously. Whether you treat this scene as the culmination of everything you played through before, or as an alternate ending that effectively heads off all the events that would come after, will drastically change how you interpret everything.

And then there’s that point in the middle third of the game where the boy is snatched by one of the mutant mermaids and dragged deep underwater. She attaches what looks to be a mind-control device to him and, although he appears to drown, he’s eventually reborn somehow, now able to breathe underwater, or perhaps not needing to breathe at all.

The more I’ve racked my brain trying to piece together a theory that can account for all of Inside’s disparate elements, the more it all seems to slip away. The boy starts in the woods and eventually travels through farmland to factories to a sprawling facility that’s part abandoned city underground, part giant office complex. Sometimes people are hunting after him, other times they seem content to observe him like some sort of test subject. Once he is flushed into the tank and assimilated by the King of Limbs, you’re able to control the latter and try to escape the facility for good.

each solution feels like an uncanny turn of events

Or is that escape just another test to be observed by the people in lab coats? Was the boy trying to find his way back to the King of Limbs the whole time? And by the end of the game is the boy truly the one controlling the creature? Am I even still controlling the boy?

This is where the dream within a dream logic starts to take over and suggest a complex, overlapping web of mind control and supplanted free will. One of Inside’s more brilliant moments comes when you realize that the boy is able to chain control of different bodies by having each subsequent one hop into its own mind-control device. It’s a great evolution to the puzzle at hand, but it also gestures toward a more sinister relationship between all of the parties involved—you, the boy, the creators, and the other characters. 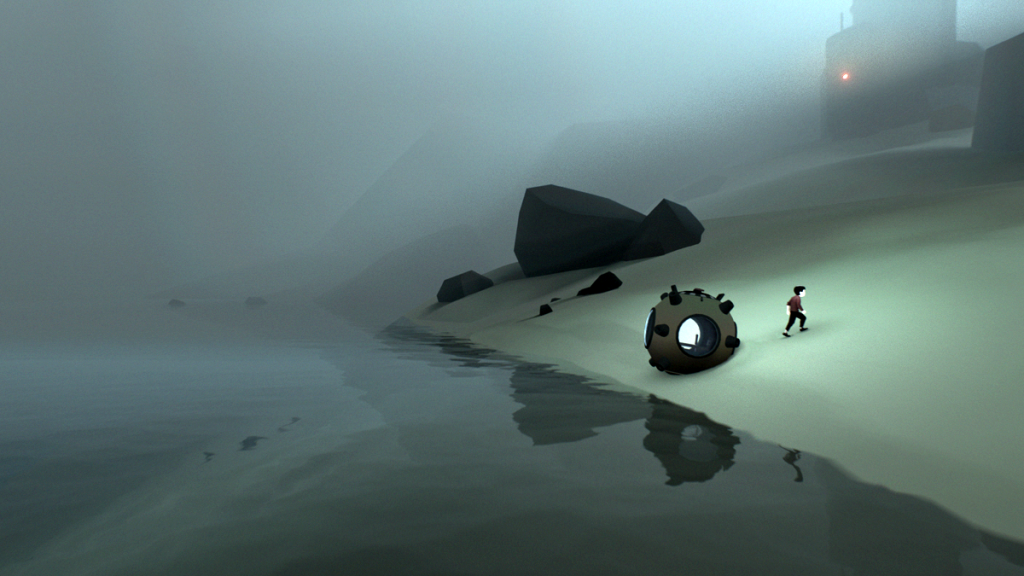 The way the boy is able to control other bodies in the game is analogous to how the player is controlling the boy, but also to how Playdead is able to predict and guide player behavior through often imperceptible design choices. We all know this to be true in a general sense, but one of Inside’s more extraordinary qualities is how it seems to know precisely what thoughts will pass through your mind in any given section. It’s as if the game originally had a maze in place, with only one narrow solution, but then the creators slowly started breaking down all the explicit walls and barriers, replacing them with more subtle visual cues and pacing. As a result, you feel free to approach each new room and environment however you please, and each solution feels like an uncanny turn of events, despite how thoroughly pre-constructed all of it is.

It’s this theme that I keep coming back to as I try to sort out what Inside is about—what it means, at least to me. References to coercion and authoritarian governments are littered throughout the game. The facelessness of its people and the instruments of surveillance they’re subjected to are proudly Orwellian. Even the grandiose warehouses and sprawling industrial-scapes felt reminiscent of Soviet totalitarianism, as if maintaining the very social structures required to produce such great works requires using them to oppress the populations they were intended to benefit.

the sense of a post-world order

That so many of Inside‘s buildings and underground enclosures are destroyed or abandoned gives its world the sense of a post-world order. Whether by nuclear holocaust or conventional war, its civilizations have collapsed and what remain have turned to scientists to re-engineer them. So much of Inside‘s focus is on the boy and your relationship to him that it’s easy to overlook how many ways it’s already been replicated within the game itself. How many other beings in it are hooked up to mind-control devices and probably controlling the ones who aren’t. How many other rooms and test chambers look exactly like the ones the King of Limbs broke out of.

Does it imply a program of biological and telepathic experiments aimed at recreating a society? Perhaps those who control what’s left of humanity are intent on making sure the horrors they’ve witnessed are never recreated, deciding that chaotic free will and independent thought are too dangerous not to be stamped out. In this way, they’ll settle for the sort of half-life of those shadows languishing at the bottom of Inside‘s darkest waters. But as the Cronenbergian horrors taking place above demonstrate: at what expense…?