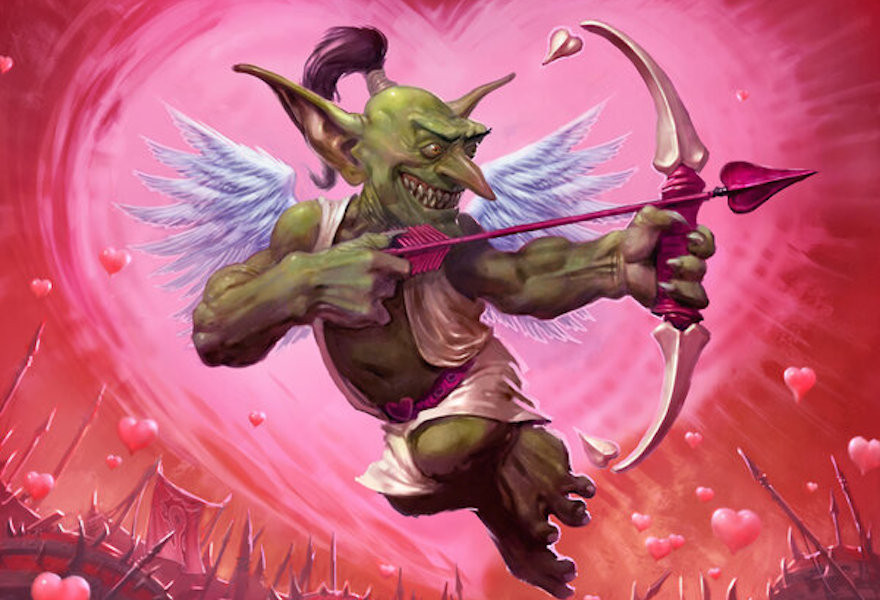 “Don’t hate the player, hate the game,” says the pick-up artist. “I’ve just got more game than you,” says your roommate who wears too much cologne. Comparisons between dating and gaming are commonplace in our web-obsessed culture, and thanks to a recent profile on Tinder from Fast Company, it turns out this connection is less superficial than you might think.

We’ve all been there. You spend hours in matchmaking waiting to get picked for a quick game of Halo, but see no results. You’re swiping right all day on Tinder, but nobody swipes back. In this context, browsing for dates on Tinder can seem a bit like being stuck while looking for matches in a multiplayer game lobby. Even when you’re itching to play, you can’t get started until the game shows you a match you might be interested in. Similarly, Tinder users’ options are limited to who they can find in their queue. It’s a frustrating position to be in, but just as more matches become available when a Call of Duty player “ranks up,” Tinder queues mysteriously start to fill with hotties when the app’s users deem you “more desirable.” So how does this happen?

According to Tinder CEO Jonathan Badeen, Tinder uses a variation of ELO scoring to determine how you rank among the site’s userbase, and therefore, which profiles to suggest to you and whose queues your profile shows up in. Invented by physics professor Arpad Elo to determine rankings among chess players, ELO assigns ranks by judging players’ presumed skill levels against each other. If two players with the same ELO rank play each other, their rank should stay the same regardless of the outcome of the match, to reflect their similar skill level. If a player with a high ELO rank plays a lower-ranked player, though, then the system uses the difference between their ELO scores to recalibrate their rankings.

“I used to play a long time ago, and whenever you play somebody with a really high score, you end up gaining more points than if you played someone with a lower score,” explained Badeen, recalling his days playing Warcraft. “It’s a way of essentially matching people and ranking them more quickly and accurately based on who they are being matched up against.”

The result is a system where your ranking is more determined by how you compare to other people rather than personal stats. The system has since been adapted for use in football, baseball, and even videogames such as League of Legends and Warcraft. So when translated to Tinder, the algorithm can be understood on a basic level as one where who you match with determines who the app shows to you. Get matched with those with a high ELO, and the site will start populating your queue with the people Tinder as a whole finds more desirable. Get matched with those sporting a lower ELO, and the site will only show you people who don’t get as many matches from high-ranking users. Your ELO is determined by the supposed desirability of the people who think you’re worth dating.

So if you want Tinder to think you’re cool, you need to match up with a greater number of popular users and fewer unpopular users. Tinder data analyst Chris Dumler calls it a “vast voting system,” and the site asserts that it’s different from attractiveness ranking app Hot-or-Not because profile pictures aren’t the only factor in who might match with you. Workplace, education, and other self-summary sections play just as important of a role. Essentially, the key isn’t how many people find you attractive, but which people think you’re worth dating.

For a competitive system where everyone is trying to achieve the same goal—win—this makes sense. But attraction is a personal thing, and a system like this might leave those with tastes that cross expectations feeling underserved. What if higher-ELO people match with you, but you’re actually interested in the type of people who normally have lower-ELO ranks? Just because other high-cheekboned and full-lipped ELO titans aren’t interested in them doesn’t mean you wouldn’t be. You might even be driven away by traits that Tinder as a whole finds more attractive. But because the high-ELO community has deemed you worthy, your queue will be filled with them while the type of people you’re actually interested in remain out of reach.

the key isn’t how many people find you attractive, but which people think you’re worth dating

And then there are the users who have trouble finding matches at all, the Tinder equivalent of ELO Hell. Coined by the League of Legends community as being stuck in lower-level matches or not even being able to find opponents at all, ELO Hell is when a player is stuck below what they consider to be their skill level (which is often blamed on incompetent teammates). Because these players’ options for matchups are so limited to begin with, they feel their rank is being kept lower than it should be simply because they don’t have the chance to prove themselves in the first place.

Dating is often framed as a competition, where one has to strive to attract as many people as possible. In this context, it might make sense to use a system born out of competition to rank which “leagues” people fall into. But the end goal of dating is one of the biggest cooperative endeavors people can take on together. Which raises the question: Is a system born out of a war game like Chess really the most appropriate way to judge compatibility?