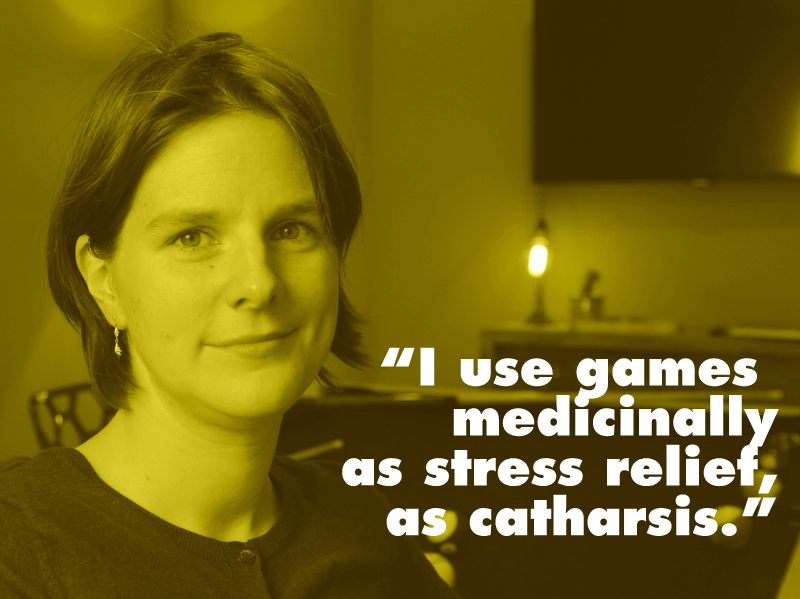 by Jason Johnson
Based in London and in New York, Hide&Seek started out designing live gaming events: street games, real-world games, games in which players run through Holland Park. They only problem is that live games are location-specific. So that more than the locals can play, the company has launched a Kickstarter campaign for Tiny Games, a mobile app that will spread their brand of gleeful madness to anyone, anywhere.

And when they say anywhere, they’re not just talking geography. They’re considering moods, environments, and situations you’d never dream of: funerals, hospital waiting rooms, games for people going through a divorce. Our conversation with the ever-intriguing Margaret Robertson, the project’s development director, spans bullfighting, forensic science, and sad trips to the veterinary hospital, as we talk about inappropriate places for playing games.

KS: One of Hide&Seek’s mantras is that games should be played everywhere, not just in front of a screen. Where are some places you guys play games?

Margaret Robertson: We’ve done live games at the Science Museum in London, live games with twelve thousand people in Edinburgh. We’ve done a lot of live games. Maybe more than anyone in the world. But for them to happen…

You have to be there.

Right! Our first real attempt to solve that was 99 Tiny Games. With that, we partnered with the mayors office as part of the Olympic activities. It was kind of weird being a game design studio in London during the Olympics. It’s THE biggest gaming event in the world, yet it’s so far away from what we think of as games. It’s something most people don’t get to play. The playing is only for elite athletes. We thought it would be fun if there were games for the rest of us to play.

And you designed games all across London.

London has thirty two boroughs. We found little places that were good for natural level design; things that have grown out of the environment. We wanted to give people something to play while going to the store or waiting on a bus: games about the pattern of stones in the sidewalk, or these statues you can see if standing here, or these trees in a circle at the park. And once you play one of these games, the rules kind of live there inside your head. Once you’ve heard, “Step on a crack, break your back,” it stays with you.

So, you had games in public spaces that were there all the time.

But we still had the problem: people had to be at that exact spot. We wanted to make it that wherever you were, there was a Tiny Game for that moment. That’s what we’re hoping the app will deliver. If you’re stuck in the car and you’re bored, or you’re waiting in the bar and your friends are late, or you’re at a bachelor’s party, there should be a game for you.

There are uses for games in places where we don’t think there are.

But all of those places are places where you already expect to play games. Do you really mean anywhere?

Tiny Games for funerals maybe? [Laughs.] Let me think. A few years ago, we did a project called The Boardgame Remix Kit, and one of the remixes was a Valentine’s Day-themed, two-player Monopoly variant, called Divorce. It’s kind of inappropriate. For the first half of the game, you and your partner are playing together, trying to assemble as much property as possible. Then, a game event happens that triggers the divorce, and you’re trying to end up with your share of the loot. Of course, the most valuable item in the game is the little dog statue. It’s definitely tooled for laughs, but there’s something bittersweet about it. I played it with one of my friends who had been divorced the previous year, and that was a really interesting experience.

Did she break down in tears?

Noooo. It wasn’t traumatic, but it was a different way of talking about it. We had had the conversation that friends have when that stuff happens, but the game was suddenly a different lens, a different mechanism for having that conversation. It let us both say things that we would’ve felt uneasy saying otherwise. It really shook things up. It made me think that there are uses for games in places where we don’t think there are.

Has the studio done anything else involving games for unorthodox spaces?

We’ve done some work on that. We did a project a few years ago called Dreams of Your Life, which we made in response to the documentary Dreams of a Life. The documentary is this fantastically-sad story of a woman’s remains being discovered in her apartment. It gradually became apparent that the woman had lay dead for nearly three years. Her skeleton was left. Her TV was still on. It’s a really indigestible story. It’s not like she lived in the middle of nowhere. She had friends, colleagues, family. How does something like that happen? And could that happen to you? What if you slip in the shower? Who misses you? Who haven’t you heard from in six months? It’s painful stuff. 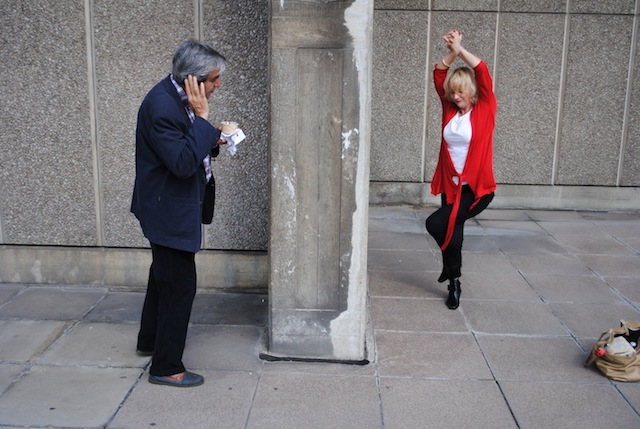 I have an empty swimming pool in my yard. I exercise out there. I’m always wondering how long I’d be down there if I fell.

Laughs.] It tackles those kind of things. We co-wrote the game’s script with the novelist A. L. Kennedy. She’s written an incredible nonfiction book: On Bullfighting. It’s a weird subject: it’s dying out, ghastly and horrifying, but fascinating and historic. The history, the religious overtones, the private lives of the matadors, the science of how bulls’ eyeballs work, how the red cloak has to do with how the bull’s brain processes images; and it’s all set against the backdrop of the author having just attempted suicide. She’s amazing. Working with her gave us more confidence in thinking about how we as game designers deal with hard moments. There is something that games offer that we are only beginning to know.

Are you saying that structured play can somehow help people make sense of the bad times they are going through? I was telling you before the interview started that I had to rush my cat to the veterinarian earlier today. I was in a fairly anxious state. And being a writer, I couldn’t help but think of everything that was happening to my cat in the terms of the process I’d use to write a story about it. It grounded it. It helped me cope. At the same time, it felt pretty shitty, because I felt like I was trivializing it.

I don’t think you were. Our dog had liver failure a while back. It was such a bad week. My husband’s father had gone into the hospital the day before. It was the middle of January. Everything was terrible. When my husband and I got to the vet, we just sat there in silence for an hour. It was a bad hour! Later, it was really interesting talking about what we were thinking during that hour, because it was really inappropriate. On the office wall, there was a series of time-lapse photographs of the Empire State Building being built. The whole time, my husband was thinking with his engineering mind about how that might have worked. You do that to help cope with things.

And games can do that?

Games do a soothing, calming, ordering thing. I use games medicinally, as stress relief, as catharsis. I don’t think we’re planning games at funerals anytime soon, but I think finding ways to help people have moments of joy and freedom in events that don’t offer that is an awesome aim. We want to take

Tiny Games to places we’re not used to encountering games.