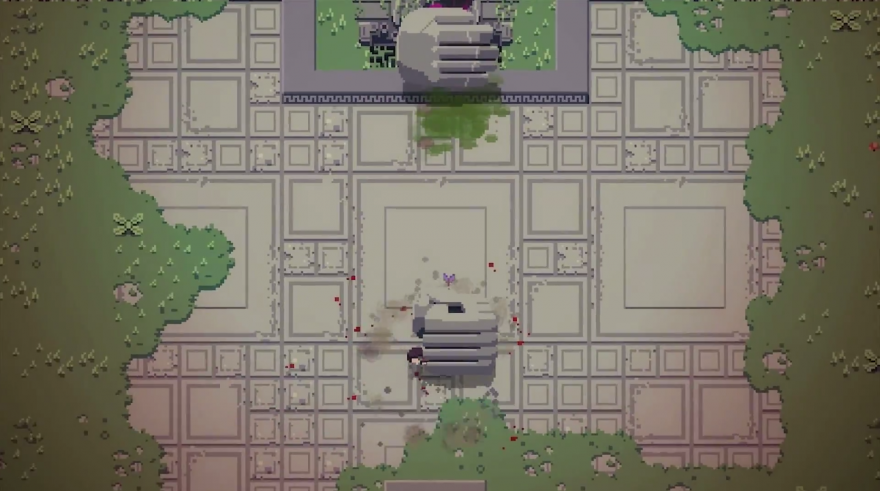 We’ve been watching Titan Souls since it emerged from Ludum Dare last year, a slim, four-boss experience made in three days that nevertheless featured remarkably confident art direction, music, and pacing. (In fact, we gave it a Playlist nod as soon as it emerged.) It has since septupled in size, that forlorn world suggested so capably now digging in roots and sprawling into different sections. Once merely overgrown and mossy, that art direction has dilated to encompass familiar snow and lava worlds, all still seemingly of a piece.

Most notably, there are now a lot more bosses—plants, weird skeleton things, jelly-balls, plans, and so on—all of which yearn for your death. As they told us back at E3:

“It’s kind of avoiding a certain type of pacing. We’re avoiding the kind of game where you try over and over again rapidly, like we really want people when they start to fight to prioritize staying alive, and then their secondary priority is killing [the Titan]. They need to, like, really value their life in that moment.”

In advance of this full release, which has now been pinned to early next year, the team has dropped a trailer. View it below, and, you know the koan: Prepare to die.