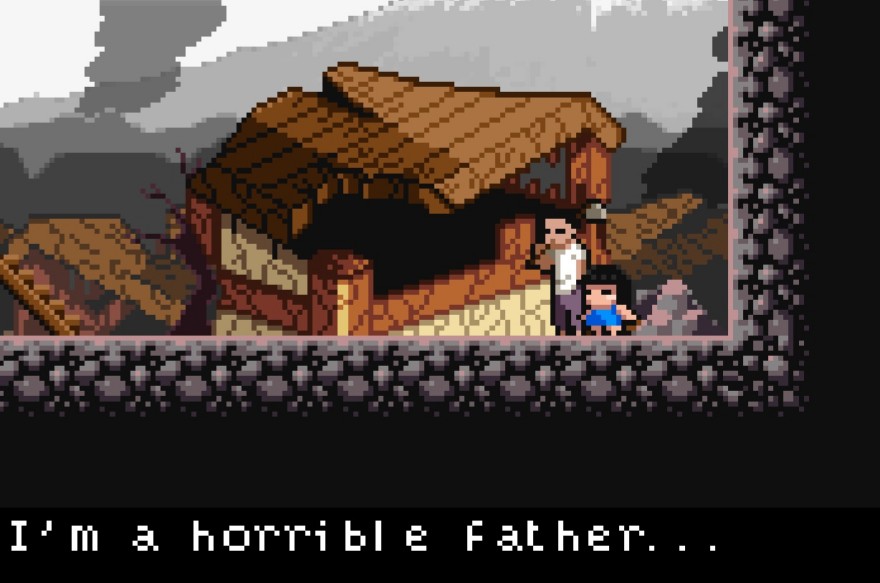 In reading Japanese film director Akira Kurosawa’s memories of the Great Kant? earthquake of 1923, there appear two images more striking than the rest.

The first one is the bloated corpses that lapped up against the bank of Sumidagawa River: a dirty red assemblage of death that made Kurosawa’s knees weak, and that he tried to shutter his eyes to but was forced to stare at by his brother. “I remember thinking that the lake of blood they say exists in Buddhist hell couldn’t possibly be as bad as this,” Kurosawa wrote.

The other image is much less gruesome but equally as graphic in its depiction of destruction. When the earthquake shook with immediacy in its violence, Kurosawa and a friend clung for dear life to a telephone pole, watching the buildings around them shed their skin. Part of Kurosawa was terrified, but he says one part of his brain was lost in admiration for the way that Japanese houses were built, as the roofs became light and slid tile-by-tile from the wooden frames rather than collapsing in on them.

It’s this second image that the small team behind Tokyo 1923, a small exploratory platformer made for the Global Game Jam, have seemingly taken as their reference point from Kurosawa’s autobiography “Something Like An Autobiography.” The idea of the game, according to the team, is to “bring up questions about solidarity, desperation and moving on after a personal or global tragedy.”

That much certainly has made it into Tokyo 1923. You play as a young girl and boy, survivors who work together to help out others in need amid the earthquake’s aftermath. By using the boy’s ability to act as a prop for the girl to jump upon for extra height, and the girl’s aptitude for crawling through small spaces, they help a frail old woman who needs water, and a mother who has lost her child. The themes that the team broadcast in the game match with their statement.

You move among the catastrophe mostly finding houses crumpled on their sides, and wooden memorials to the deceased. These are obvious signposts for the event and the ones that Kurosawa grossly details in his autobiography. It’s easy to get lost, too, as certain landmarks you might use as reference for easier navigation re-appear identically in other places. It’s in this that you inevitably discover the overwhelming noise of all the devastation.

But more striking to me was how the abstract layout denotes the chaotic architecture of a city torn apart into ruins. This isn’t entirely due to it being depicted in the obvious imagery of a destroyed city as described above, but in the confusing, unrealistic multi-layered layout of the area. It has more in common with the levels of floating platforms in Super Mario Bros. than it does a real location that was flattened by a seismic rupture, and where over 140,000 people died.

Staircases are mountainous in their incline, leading to floating rocky platforms and outcrops smothered in domestic ruin. There’s no attention given to how these structures might be supported against the pull of gravity, they just are. Structurally, these ruins are so abnormally tall in their verticality that they appear to run parallel with Mount Fuji, which appears in the background and scrolls down with each step you take upwards. This illogical construction finds a kind of poetry in the decay and destruction rather than settling with a more faithful recreation of the historic scene.

Whether intentional or not, Tokyo 1923‘s penchant for making you feel lost in its composition of rubble and death goes some way to communicating just how much destruction was suffered during the Great Kant? earthquake. Rather than being laid out on a single 2D plane, it’s vertically layered so as to give a deeper impression of how widespread it was, and navigating it all is a task. After all, the subject at hand is the greatest damage that Japan had seen before the outburst of the Second World War.

You can download Tokyo 1923 for free here. You can also play it in your browser here.