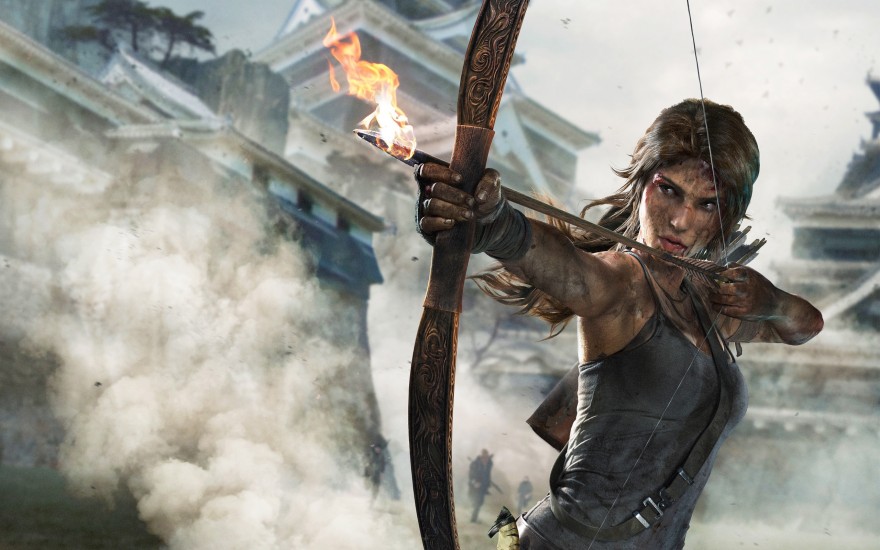 The world of videogames houses no shortage of iconic characters; far scarcer among its populace, on the other hand, are interesting, well-realized, or marginally believable ones. There are plenty of taciturn warriors, wisecracking mercenaries, and gallant heroes with whom you could imagine entrusting the fate of the world. There aren’t so many with whom you could imagine having a good conversation. Part of the problem, I think, is that traditional methods of characterization are next to impossible to reconcile with the fundamental mechanics of many games. Consider the literary axiom that a character ought to be defined by what he does rather than what he says: by this measure most videogame protagonists are indefatigable serial murderers unbothered by the slightest pang of remorse. This is a dissonance to which we’ve long grown accustomed.

Occasionally developers conspire to address this problem directly: Naughty Dog’s The Last of Us, perhaps as a corrective gesture for the lunacy of Nathan Drake, sought to ground the actions of its sometimes ruthless co-leads in a world already drained of morality, where violence had become a compromise with emotional and psychological consequences. Irrational’s Bioshock, in its widely lauded last-act twist, reframed its hero’s campaign of undersea vigilantism as the work of a brainwashed cypher—a sly bit of meta-criticism that doubled as canny autocritique, albeit one that didn’t so much solve the problem of game characterization as smugly obviate it. But these are rare exceptions. In general developers defer to convention: cutscenes continue to suggest one thing while gameplay continues to suggest another.

Tomb Raider presents a somewhat intriguing case. Both a reboot of and prequel to the 1996 Core Design game of the same name—and now available on next-generation hardware in a nominally upgraded “Definitive Edition” port, the industry equivalent of a Malibu Stacy doll packaged with a new hat—the 14th installment in the long-running, multi-platform franchise regards itself as an opportunity to reimagine not only its gameplay but, more significantly, its protagonist anew. The developer, Crystal Dynamics, aspire with their newly redesigned Lara Croft to forge a character of appreciable substance, to impress upon the player a sense of a person with legible thoughts and feelings. More than the bulk of its contemporaries, Tomb Raider is a game which takes the problem of character development seriously—in fact it endeavors to weave its character’s development into the fabric of the game. To this end it is ultimately a failure. But at least there is some value in the attempt.

They’ve created a vision of Lara Croft more regressive and conservative than the original.

As a work of action-adventure engineering, Tomb Raider is a game beleaguered not so much by flaws as by cliches—it borrows so many elements from well-known videogame titles, and borrows these elements so conspicuously, that it often feels more like a composite of mechanics and conventions than a project built from scratch. In practice, I suppose, theft doesn’t much matter; its liberal appropriations have been integrated fairly cohesively, and the result is a product that, though not exactly novel, emulates superior games capably enough to replicate their pleasures. But while cliches can’t totally diminish the satisfaction afforded by the gameplay, they do betray something important about Tomb Raider’s problems as a work of narrative fiction: they suggest the extent to which the game, from story to setting to character, has been poorly conceived. At its best, Tomb Raider faintly resembles better work and therefore musters a kind of residual appeal. At its worst, Tomb Raider is sloppy and ill-considered—perhaps outright embarrassing.

It’s useful to consider precisely how Tomb Raider approaches the redesign of its protagonist. Where Lara Croft was originally conceived as an almost quintessentially problematic Strong Female Character—vulgarly rendered, exaggeratedly proportioned, and subject to a sort of classically Mulvian third-person gaze—the next-gen reboot aims to correct its predecessor’s wrongs by making Lara 2.0 an all-around more realistic, relatable heroine, which is to say a heroine with notably reduced measurements and a newfound sense of humility and fear. There is no doubt in my mind that the designers responsible for this reconceived Lara Croft believed that they were working toward something more progressive and responsible, even feminist-minded. I’m sure they believed that by “humanizing” their hero through weakness, they were authoring a character whose plight could elicit well-meaning sympathy and whose travails could suggest depth. But in the end they’ve accomplished the opposite: they’ve created a vision of Lara Croft more regressive and conservative than the original. They’ve merely exchanged one problematic cliche for another.

Why must a woman have undergone this kind of trauma in order to become strong?

Executive Producer Ron Rosenberg provoked considerable controversy during production when he suggested that his game’s new Lara Croft would contend with would-be rapists—a claim he quickly clarified was a mistake. Well, rape quite understandably makes no appearance in the finished product, but the threat of sexual violence nevertheless looms over Tomb Raider’s early sequences: when a mud-slicked, blood-flecked Lara Croft is kidnapped, chased, and, in one particularly disconcerting quicktime sequence, dragged along the floor by the heels by an (obviously male) assailant, all but the most blinkered players will recognize the threat clearly intimated. Rosenberg caught less heat for describing Lara in this sequence as “literally a cornered animal”, but that kind of language strikes me as indicative of the development team’s attitude toward its protagonist: she can only emerge victorious after enduring pain, suffering, humiliation, and all manner of physical and emotional degradation.

The rhetoric invoked in the game’s promotional material is likewise steeped in gendered vocabulary: Lara is “vulnerable”, Lara is “a survivor” (an end-credits title card even announces that “a survivor is born!”). This is how the official Tomb Raider website describes the character: “She shows fear (even terror) in the face of danger, initially lacking confidence in her own abilities and judgment . . . She possesses a powerful sense of moral (if not physical) courage.” Well, that settles it: gone is the cool resolve and steely conviction of the original Lara Croft, supplanted by a terrified, inexperienced child without physical courage. These qualities are excused by the pretense of the game’s status as prequel: this is meant to be the origin story, where we see the weak Lara before she becomes the Lara we know and love. But why must a woman have undergone this kind of trauma in order to become strong? If this were an Uncharted prequel, do you think we would meet a Nathan Drake described as “vulnerable”, or lacking confidence or physical courage?

It isn’t difficult to believe, theoretically, that an ordinary person could fight and even kill armed strangers in order to save their friends and survive; certainly there are films whose narratives follow more or less exactly this concept, including at least one (Neil Marshall’s The Descent) to which Tomb Raider directly makes reference. It’s considerably more difficult to believe, as it is in most action-adventure games, that an ordinary person could kill literally thousands of people by hand and bow and gun for any reason. As a work of narrative fiction, Tomb Raider needs you to invest in the story of an ordinary woman taking extraordinary to measures to escape an island alive. As an action-adventure game, Tomb Raider needs to have you spend eight to ten hours shooting people in the face. That the developer at least tries to address this dissonance in earnest is perhaps commendable—so few games strive to account for the expected incongruities that even the ambition distinguishes the effort. And yet their attempt makes their failure more pronounced.