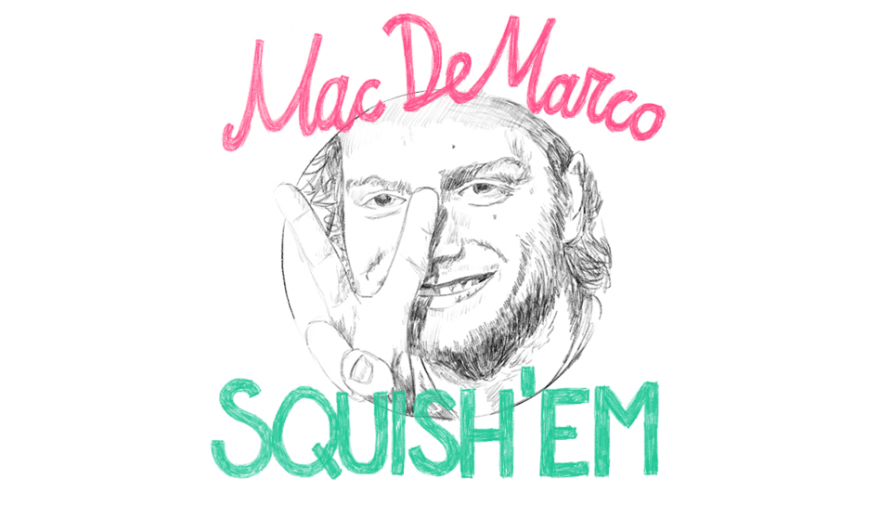 Mac DeMarco writes jangly, bluesy indie rock songs. As far as I know he has no songs about burning insects with cigarettes, though I could be mistaken. He does however have a game about it. His label has just released Squish’Em, which you can play here.

Armed with a half-smoked cigarette from your choice of a pack of Marlboros, Viceroys, or Lucky Strikes, you take control of a levitating, severed hand which I assume is that of DeMarco’s—the very same hand giving you the peace sign on the start screen, which lends DeMarco’s friendly smirk an almost demented, deceptive vibe. His music is much higher quality than the game, expectedly, but this is a fun, funny way to draw attention to him.