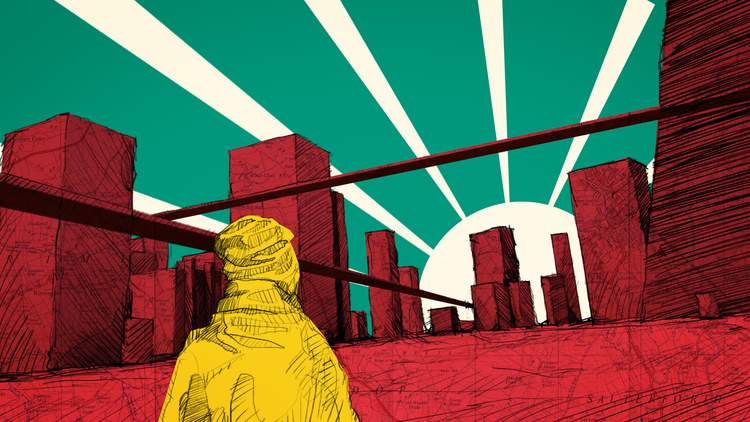 There’s a terrible pun here about The Chinese Room leaving us totally in the dark about their new game, Total Dark, but I’m trying to be better than that. Maybe. Anyway…

It’s been a few months now since Everybody’s Gone to Rapture (2015) emerged, triumphant, on the PlayStation 4, and so it’s fair to ask what’s next for the Brighton-based studio. The answer three months ago was the self-funded RPG Total Dark, an isometric adventure game that “took inspiration from those old paper-based RPG systems of the late 80s and early 90s.”

However, in a blog post on the studio’s site yesterday, The Chinese Room has come clean about the current state of the game, admitting that pretty much everything has changed except its title, which is still Total Dark. Although, studio head Dan Pinchbeck admits that that, too, is “probably” going to be changed.

So, what are we dealing with now? Firstly, development has slowed down. Total Dark is a lot more involved than the team’s previous titles, which means that it needs more iterative testing to come together. The team now plan to have something releasable in 18 to 24 months, although have pointed out that they’d rather no one held them to that.

Secondly, they’ve got a “stripped-back 3rd person RPG-lite system that operates around five core stats.” This is coupled with “core gameplay loops” that revolve around exploring areas to complete missions and obtaining sweet loot or chatting to NPCs. Pinchbeck describes their progress so far as an “adaptable and essentially fun set of tools” that the studio will use to put together the rest of the game.

Pinchbeck also promises a “special sauce” that makes the title a little different from everything else out there, although it’s being held back for now until they’ve got more to show.

Still, what the studio is willing to share at the moment is more than enough to get me excited, despite Pinchbeck relentlessly pointing out that everything involved can change (and has, already). This piece of the blog post has me nearly chomping at the bit, however, is these hints as to the game’s story:

There’s something deeply unsettling about the three sentences, and combined with the unease at the heart of Everybody’s Gone To The Rapture, those bullet points alone are enough to keep this on my radar. This is also totally out of The Chinese Room’s wheelhouse, totally different to anything they’ve released so far, which makes me wonder what shape the final game might take.

The Chinese Room plan to release more information on Total Dark, or whatever they’ll call it next time it surfaces, in the next few months.