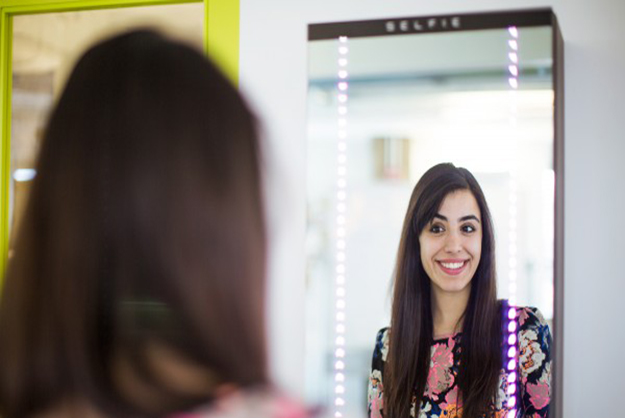 Digital Agency iStrategy Labs are just one of the many companies latching onto one of the biggest trends to emerge in the last few years, the selfie. The team of researchers have created the S.E.L.F.I.E (“Self Enhancing Live Feed Image Engine”), a two-way mirror that uses facial recognition software and an Arduino processor to function. Users simply stand in front of the mirror and smile as the LEDs countdown and flash when your photo is taken which is then automatically posted to Twitter.

The device enables the user to take a photo completely hands-free and uses hidden LEDs to initiate the countdown when it recognizes its users programmed facial features.

The technology behind the device is a simple MacMini that enables the facial recognition software and the camera’s functionality. The LED lights are controlled by an

Arduino microcontroller that give users a visual countdown to when the photo will be taken. 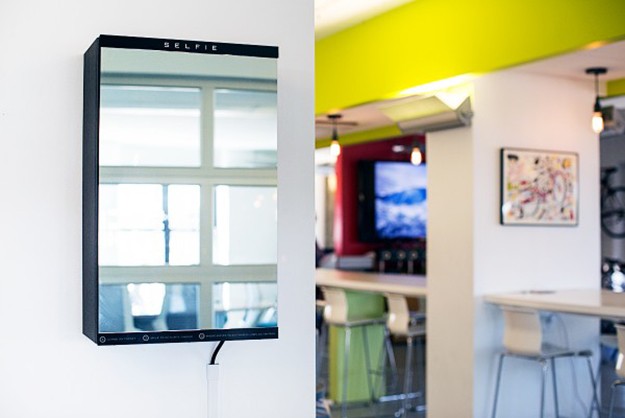 The product, which features a wall-mounted design helps overcome the ‘problems’ that arise when taking a selfie; stretching your arm out as far as it will go, making sure you get the right angle, reaching that same arm’s finger to the correct button, and the most important – not dropping your phone.

Watch the ‘how to’ video below: