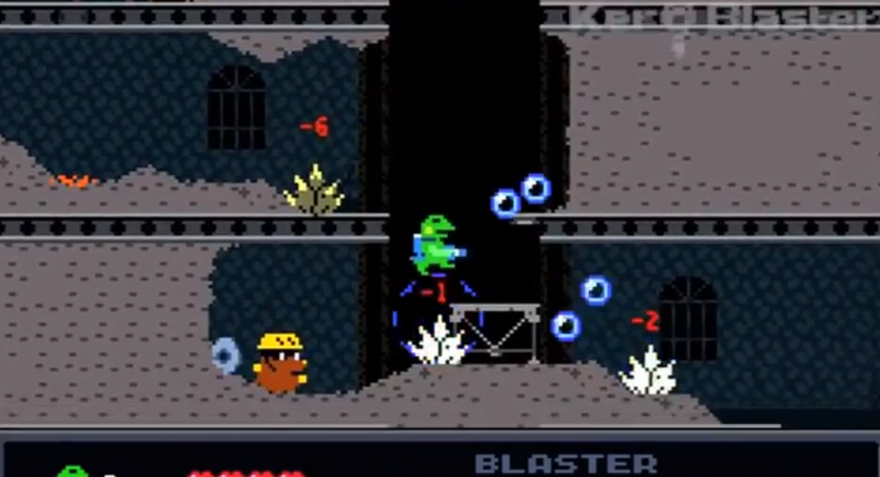 Cave Story was kind of like Mega Man, but artistic and free-roaming and free. It was released as freeware on the net before being HD-fied and deified by plenty of players who thought it was pretty much perfect. We’ve been waiting awhile for how the enigmatic Japanese game figure Pixel would follow it up. And it looks like Kero Blaster will satisfy the bloodthirst for brick-hard, old-school shoot-outs among incredibly cute pixel objects. The trailer looks pretty intense, as a friendly looking frog does not-so-friendly-things to bad guys such as worker moles, fire-blowing flowers, mud-men, and swooping bees. The game is hitting iOS and Windows on May 11th, with rumors of a 3DS version swirling previousl