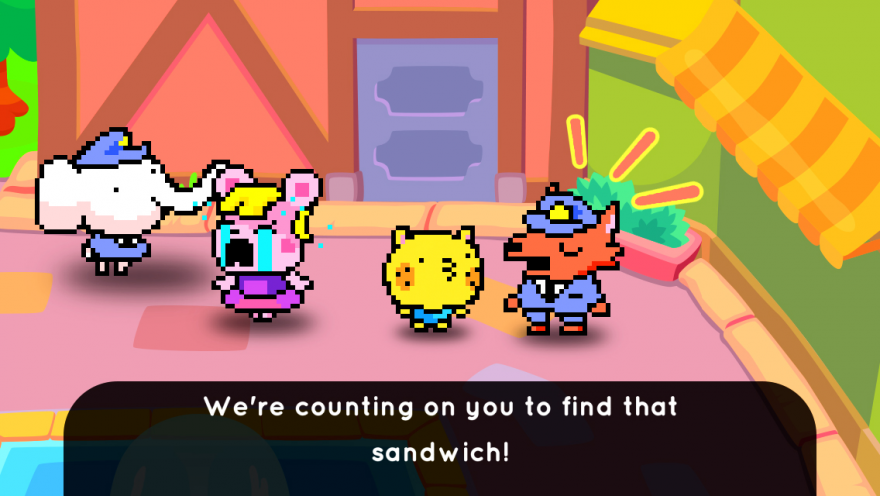 Digital pets used to be the big craze. The late 1990s and early 2000s flourished with numerous digital pet-raising simulators. From the ubiquitous monster-collector RPG Pokémon, the digi-pet raiser website Neopets, the weird creatures within Tamagotchis, the loving pups of Nintendogs on the DS, as well as a slew of others—digital pets were everywhere. As time passed on, the digital pet raising fad mostly faded away (my rare Snow Cybunny on Neopets probably starving to death to this very day). In a modern day effort to reinvigorate the digital pet genre, smartphone game Pakka Pets was born.

Pakka Pets, developed by Proto Games, is fresh off a successful Kickstarter campaign. The newly released mobile game is a conglomerate of its pointed inspirations, bustling with the personality of Animal Crossing and the collectibility of Tamagotchis and Pokémon, all rolled up into one easily-accessible digi-pet simulator. As a smartphone game, Pakka Pets is instantly playable at your fingertips, much as Tamagotchis were joined to every kids’ hip in the 1990s.

Pakka Pets differs from most digital pet imitators, adding unique crafting mechanics, real-time pet-growth, and even the ability to venture out into the game’s plaza-world for tangible quests. If studying alchemy to create new items and caring for one of 70 collectible pets from egg to evolution isn’t enough, the room your pet resides in is customizable as well. Cyberpunk-y wires hanging from the ceiling and a giant gummy bear to furnish your home? Sure thing. To the tunes of the sweet chipper melodies of prolific composer Calum Bowen, Pakka Pets is the complete package of everything cute about digital pet simulators of the past, an homage to an all but forgotten colorful 90s aesthetic.

In a similar fashion, Neko Atsume originally launched in Japan in 2014, with an English version hitting digital storefronts in late 2015, taking kitty collectors from all around by storm. In November of the same year, an English version of Level-5’s ghost-befriending Yo-Kai Watch saw its first Western release, and with no new Pokémon release that year, became a strong new adoptee for fans of the gotta-catch-’em-all way of games. Meanwhile Pakka Pets isn’t trying to own the digital pets market, but instead subvert the niche digital pet genre in new, interesting ways, where it can sit proudly alongside its inspirations.

Pakka Pets is available for free on the iOS AppStore and Google Play.