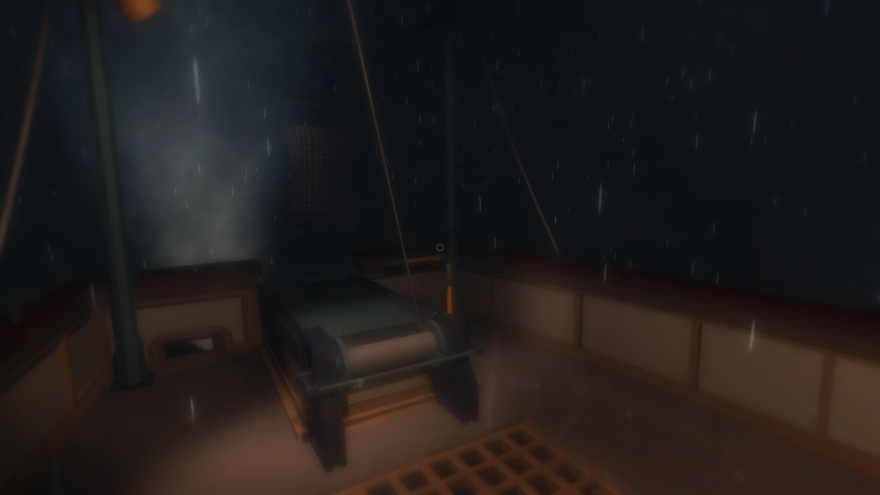 “I see nothing. We may sink and settle on the waves. The sea will drum in my ears. The white petals will be darkened with sea water. They will float for a moment and then sink. Rolling over the waves will shoulder me under. Everything falls in a tremendous shower, dissolving me.”
? Virginia Woolf, The Waves

The sea makes everything abide by its rhythm. Whether you are on a boat, floating, swimming or watching the waves crash onto shore, it pushes and pulls with a steadfast beat. You can either rock along with it, or drown. For this reason, the sea as life metaphor became central to the work of Virginia Woolf, an author widely credited with the invention the modernist novel. In both her fiction and non-fiction, Woolf invokes images of the ocean to signal the great and terrible experience of existence. Ephemeral yet eternal, constant yet always changing, Woolf’s waves can represent doom as much as they represent beauty or joy. The sea influenced her work beyond just simple metaphor, though. Famously, she structured her seminal and experimental novel To the Lighthouse as an emulation of the titular structure’s shape. In her writer’s diary, she visualizes the plot of her novel as “a curiously uneven time sequence—a series of great balloons, linked by straight narrow passages of narrative.” The lighthouse, a beacon of light and clarity in an abyss of darkness, guided Woolf through the chaos of experimental creation.

Wether in her fiction or her writer’s diary, the rhythm of waves carries Woolf’s words from sentence to sentence, each spilling into the next like a stream of consciousness. Reading her work posthumously, one cannot help but envision her final moments as she stood before a river, listening to the water burbling, and desperate to find peace as the threat of a second world war loomed over her. The return of the voices in her head, which she had battled with all her life and always left her incapable of writing, made Woolf believe she had no other choice. Picking up the heaviest stones she could find along the river bank, she dropped them into the her coat pockets one by one and waded into the water. “One ought to sink to the bottom of the sea, probably, and live alone with ones words,” she wrote once in her writer’s diary while pondering the challenges of breaking tradition as an artist. Perhaps that’s what she hoped to find at the bottom of the river that day: a place of solitude and silence, where she could explore her thoughts without the noise of the surface.

Woolf wasn’t the only artist and invetor who found refuge in isolation. Kafka also believed that “writing is utter solitude, the descent into the cold abyss of oneself.” Even Albert Einstein hypothesized that “the monotony and solitude of a quiet life stimulates the creative mind.” Creativity requires a space far enough removed from the world that the creator can start to see the thing as a whole. Left alone, far out at sea (or better yet, beneath it), you imagine life, rediscover it—brick by brick—with only your thoughts for reference.

“the descent into the cold abyss of oneself”

On the surface, Trawl might appear to be an exploration game. You find yourself in the middle of the ocean during a storm, with the simple instruction to “recover the items lost at sea” and “rediscover and record the story they tell.” Interactions are limited to manning the boat, operating the trawl, and writing on a typewriter in the den below deck. A radio on the dashboard helps guide you toward the artifacts buried beneath the waves by sounding off a low chanting whenever you turn the ship’s wheel in the right direction. After dropping the trawl into the ocean and going full steam ahead, the bell eventually rings to signal a new discovery.

The items recovered range from the mundane to the curious: a rusty boot, a hatchet, a shattered snowglobe. Carrying your item down into the quiet warmth of the den, you find a red bench to safely place it upon, and a typewriter to record whatever thoughts it might bring to the surface. Plucking each key on the typewriter, isolated yet still surrounded, you feel at liberty to explore your own mind. How did a broken telephone wind up at the bottom of the ocean? What brought it to you? Why, of all the other possible things you could’ve uncovered, did this item surface? After jotting down some thoughts, you can roll the piece of paper into a bottle and send it back into the sea. Your writing becomes yet another artifact to be uncovered, another treasure buried beneath waves.

After repeating these actions a few times, you fall into a certain rhythm. Every step in the ritual is designed to be somewhat laborious: the trawl requires you to pull two different levers that creak with resistance when moved; the wheel is cumbersome and hard to turn; every time you finish a line on the type writer you must reset the cartridge. The waves rock you back and forth, back and forth, your actions subconsciously mirroring its pulse.

Trawl is an exploration game, but not in the traditional sense of the word. Like Woolf, it would seem creators Nate Gallardo and Danny Gallagher have cast themselves to the bottom of the ocean, brokeb tradition, and returned with a new genre for their art form. Unlike other exploration games, you do not walk around a pre-rendered and beautiful world or solve puzzles—in fact the closest thing to a puzzle in Trawl is the bewildering enigma of creation. Trawl gives you the freedom to discover a world you build for yourself, resurfacing treasures buried deep beneath the waves of your own subconscious.

You can buy Trawl on Mac, PC, and Linux for $5. To follow more of Nate Gallardo and Danny Gallagher’s work, visit the House of Wire studio’s website.