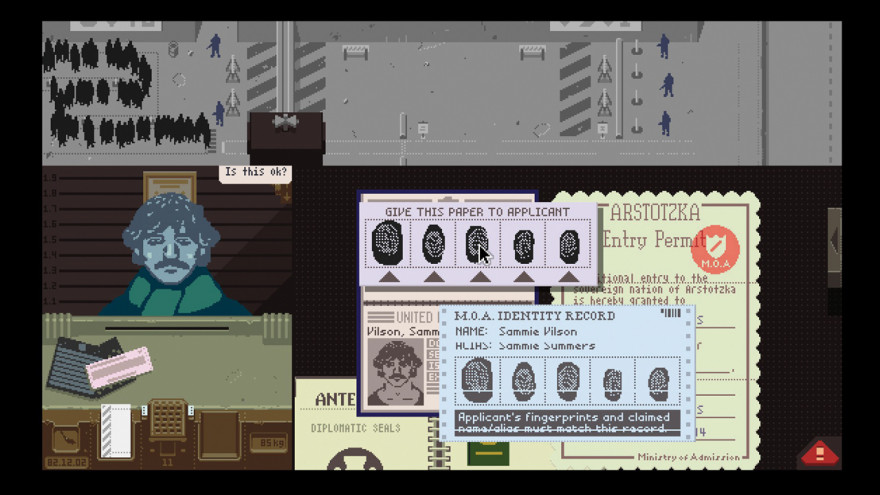 This year, the annual Games for Change festival will be joining the Tribeca Film Festival in lower Manhattan, April 22nd through 24th. You may know Games for Change as the NYC non-profit that promotes do-good games, including small but incredibly important titles, such as Cart Life and Papers, Please.

The film festival that Robert De Niro built has shown a keen interest in games recently, starting with L.A. Noire’s motion-capturing tech, which they highlighted in 2011. Since then, Quantum Dream’s Beyond: Two Souls and Naughty Dog’s The Last of Us have been given the limelight, among others. But up till now, it’s mostly been games built by major studios. By teaming up with Games for Change, lesser known titles from individual creators will have a chance to shine.

This is a great opportunity for smart games to get recognition and publicity. While we’ve talked at length about the brilliance of such titles, the reality is that the majority of the world outside of the passionate, well-informed player (such as our wonderful readers) doesn’t know that games like it exist. That is to say people who don’t play games tend to think of them as Mario, Halo, and zombie game #7534.

As Games for Change President Asi Burak said in the press release, “Games are often discussed in the context of entertainment, but with this event, we’ll be able to share our message that this medium can be very powerful in creating positive change in the world.” And while it’s questionable if “creating positive change” is the best lens through which to examine an artform, it’s certainly a step in the right direction.