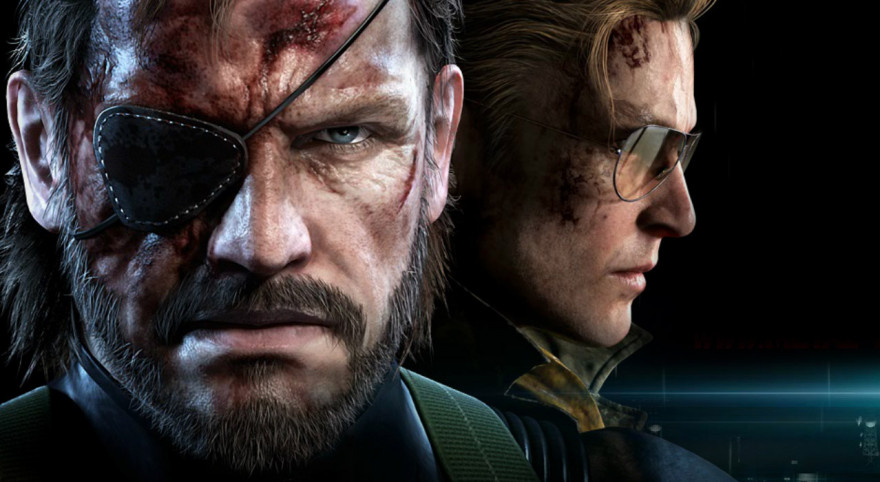 Let’s clear the air first. The biggest criticism being lobbed at Metal Gear Solid V: Ground Zeroes is that, given its length, it costs too much. The game was split into two parts, a prelude released now and the rest released next year. Ground Zeroes has problems, and I will get into them, but price isn’t one I’ll address. The first reason is that in a year the game will be heavily discounted, so spending 1000 words on an issue that will be moot in a few months seems silly. The other is that, having worked at a bank for years, I know that $35 means drastically different things to different people, and that that’s usually none of my goddamn business.

Most of these cries seem to ignore that the value of a Metal Gear Solid game has always varied depending on who’s playing it. A single Metal Gear Solid game can be viewed through a very specific angle without consideration for the whole. My first pass through the series I played them like clunky shooters with a light stealth element, mostly enjoying the big action setpieces. After the urging of a developer friend I went back to the series and tried them in a higher difficulty setting. The game went from okay shooter to challenging live-action lateral thinking puzzle. The entire game could be played without touching a single person, and just using a cardboard box disguise and porn magazines to circumvent the guards. Or using the tangle of vents and crevices to make myself completely hidden. A single Metal Gear Solid game could, in fact, be half a dozen different games at the same time. 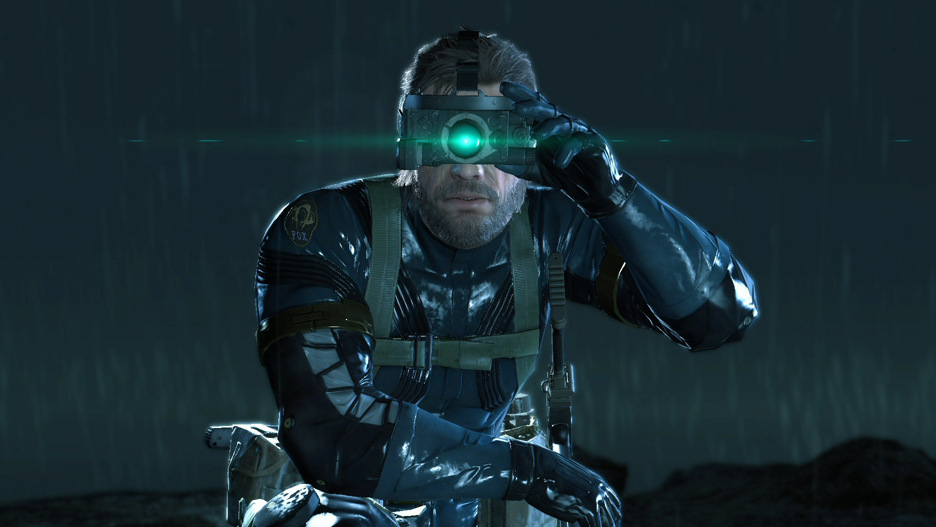 Ground Zeroes takes place in the densest tangles of Metal Gear‘s sprawling nonsensical mythology. The player controls Big Boss—for all intents and purposes Solid Snake Sr.—on a mission to extract his friends from an ersatz Guantanamo Bay. The entire game takes place on this one base, and the player is allowed to achieve this goal however she sees fit. The controls too have been smoothed out, so it’s easier than ever to go guns-a-blazing, highjack a tank, and revel in the irony of singing “The Stars and Stripes Forever” while extrajudicially mowing down soldiers. You can also exercise a more subtle tact, and sneak and crawl and silently choke-hold enemies. That the game is designed to allow for both is an impressive feat of level design, and one of its best features. And every aspect of its visual presentation has been slanted toward that level design There’s no more radar, or obstructive health bar. This keeps the player always engaged with the environment instead of checking the corners every few seconds.

It’s a series that revels in contradictions.

But for all these successes, Ground Zeroes seems to have abandoned all the things that have made the series interesting. It’s a series that revels in contradictions. It contains all sorts of gamey artifice and an always-crumbling fourth wall, but features long non-interactive cutscenes. A series that simultaneously prides itself in its gun-show authenticity, but also features a vampire and a psychic as villains. A series that is a military-industrial Oedipal complex that features long anti-war monologues. A series that dubs itself tactical espionage operations, but allows the player to kill every single enemy indiscriminately. Where you can hear about the history of the AK-47 shortly before your character gets interwoven into Sirkian melodrama, answering the age-old question “What if Tom Clancy wrote Flowers in the Attic?” A series that can create a strong woman like The Boss (long story) and yet still allows a scientist to wear a lab coat with nothing underneath (press L1 to literally be the Male Gaze and stare down her top). It’s a series that is, at all times, dumb, “dumb”, smart, and “smart.” 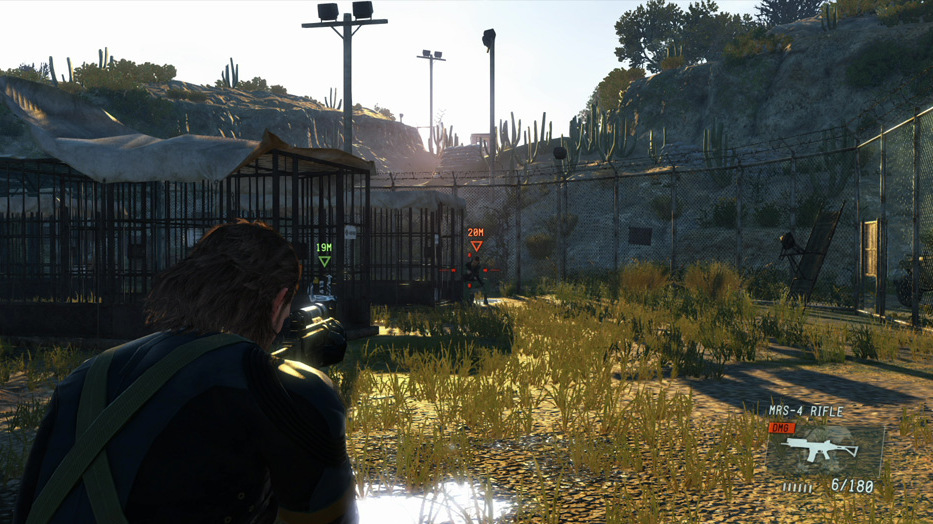 None of that tension is here. Ground Zeroes is relatively straight forward. The story doesn’t stand alone: It is so indebted to the mythos of the series that several minutes of exposition are available immediately in the main menu to get up to speed. The story doesn’t really go anywhere either: it’s a prelude and feels like it. There is no urgency to see what happens next, because nothing really happens to begin with. Even the setting, a black site in Cuba, which would warrant a long rambling tangent about the crimes perpetuated by Gitmo in any other game in the series, barely gets grazed here. The same map can be revisited with different goals, but even from a different angle it still feels like it’s  lacking something essential. Gone are the fascinating contradictions and the weird little cracks in its facade. Even ditching the slightly hammy but distinct David Hayter for the voice acting of Keifer Sutherland seems a move in a blander direction. This, at times, feels like a gritty, gray reboot of the series.

The series has always had a touch of the personal in them. Creator Hideo Kojima created Metal Gear Solid 2 resenting his creation, and made a game that mocked the idea of videogame sequels and toyed with player expectations. Metal Gear Solid 4 was about an older, worn out Snake who was tired and was pushed to continue to work long past his prime. One part of the game has the player controlling Snake through the base from the very first Metal Gear Solid, while commenting on how much technology—not more CD-ROMs, now it’s Blu-Rays, no more need for memory cards when the PS3 has a hard drive—have changed in the intervening years. Ground Zeroes by itself doesn’t feel especially personal, or like it’s trying to be anything but an exercise. When the second part of the game, Phantom Pain, comes out next year, perhaps its existence will be vindicated, but it still won’t keep the game from feeling a bit lifeless.

In Ground Zeroes there are no multi-hour sniper boss battle. No save system that requires the player to talk about 50s b-movies or discuss relationship issues during a terrorist threat. No lengthy homage to The Third Man. No boss battle that requires the player to insert the controller in another port. No character that breaks the fourth wall to remind the player that maybe they should take a break. Ground Zeroes is an assured, above-average stealth shooter, something there are an abundance of. For years there has been a vocal group of people who have sought to temper the excesses and eccentricities of Hideo Kojima. In Ground Zeroes, Kojima has finally found an editor.