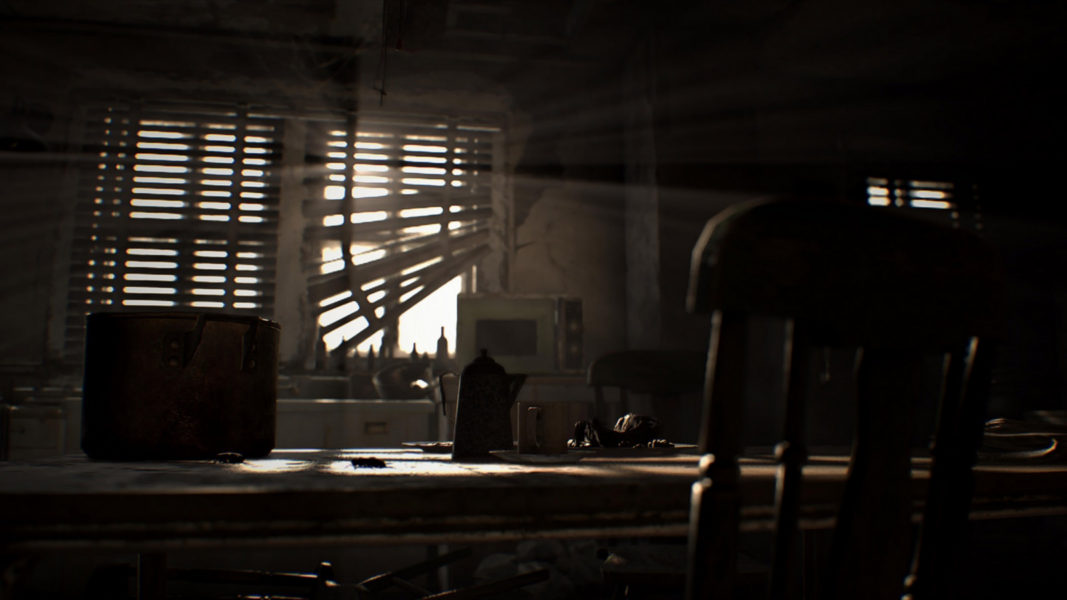 Every group has a clown. Here, at Kill Screen, we have two. Coincidentally, they are called Zach (Budgor) and Zack (Kotzer). We love them very much. Which is why we sit them down in front of a screen and force them to watch everything that happens at E3, trailer after trailer revealed before their tired eyes. Imagine that scene in A Clockwork Orange (1971), the one in which the Ludovico technique is demonstrated—it’s exactly like that. They scream at the videogame horrors, we put the drops in their eyes, they continue watching the videogame horrors. The following is Part 2 of what they managed to write down in between the yelling this year.


ZB: There’s a surprising amount of grace to this for a new God of War thing, especially in the animation. The dialogue is a little rougher, but I can’t act like I’m not excited for more absurdly violent trips through The Myths. Where did Kratos get a nice strong son though? Where’d he get that grizzled little boy?

ZK: I’m actually confused if this is a a new Kratos or the old Kratos who got a EURail pass after successfully killing every myth short of Narcissus and the Fraggles.

ZB: This is the first game in the Sony presentation to feature a dead ol’ wife, FYI.

ZK: I am a gamer, not because I don’t have a wife, but because I choose to have many die off-screen.


ZK: You know, at a certain point I’d just give it to the zombies. Those doorframes look like snakes in a peanut can. They are clearly more prepared than I, though perhaps as they should be, because they also seem to have the resistance of a gummy bear.

ZB: This is unquestionably more zombies than we have previously been able to render in videogame history. That is a fact. The live Sony orchestra is also putting in some goddamn work here, making this way more interesting than I think it actually is.

ZK: That is because they are not zombies they are balloons. The player just accidentally strolled right by one zombie whose head wasn’t in the game. How do we even know they want to eat this biker? This could be one of those Hard Day’s Night (1964) things and they all just want this human gas station sunglasses rack’s kisses and autographs.

ZB: These zombies don’t appear to be attacking the main character at all. Are they?

ZB: This is the second consecutive game to prominently feature a dead ol’ wife. Executive producer Christopher Nolan, am I right? Okay, okay, everyone, stop clapping, let’s move on.


ZK: Hello friends did you like the PT game?

ZK: How long have they been sitting on merging the numerals into the “VIL” ‘cause I’d wager this goes back to Nemesis.


ZK: And… when there was one set of footprints in the sand? That is when you carried me between the rotting fish [sniff].

ZB: The idea of Norman Reedus being anyone’s muse—as he appears to be Hideo Kojima’s—is hilarious. The idea that Kojima thought of him (and him alone; “Cast: Norman Reedus,” the credits say) for an Evolution-style surrealist vignette of a guy with c-section scars beholding five divine figures above a ravaged sea is even more hilarious.

ZK: To be fair, Kojima the cinema fan either likes action movies or likes movies because they remind him of action movies. So it makes sense that Kojima’s Tippi Hedren is a performer who, despite being without clothes, truly looks naked because he isn’t holding up a crossbow to his greasy face.


ZK: I’m glad Sony is on the same page as us and this trailer is little more than a release date. The E3 version of asking if your roommate is on top of job hunting.

ZB: I am not crying, and I don’t plan on crying, but yes, I will take a tissue.

ZK: If the enemies are going to strut like a diving bell suit running after Shaggy and Scooby-Doo I hope there’s a chase scene in a hallway with 20 doors.

ZB: There are two feather puppies. Will one of them die to fulfill the promise of the title? I really hope not!

ZK: Why stop at one!


ZK: Wh… a white emblem?? Is Sony (Films) really this dedicated to goofing this up? Civil War handed them a perfectly slam dunk Spider-Man costume and then they, what, accidentally right clicked the fill tool?

ZB: I suspect this is a movie tie-in, but they’re smart enough to leave off that branding.


ZK: I have changed a lot in my life, but one of the few constants is that I do not care about the first two hours of a Pokémon game.

ZB: The presenters let a battle screen linger for like five minutes to show off the dynamic camera angles, which mostly looked like a von Trier-esque experiment in letting a computer direct the scene. Pan across Rowlet’s face; cut to closeup of Rowlet’s eyes; wide shot of Rowlet; profile shot; low-angle shot of Rowlet; back to wide shot. Experimental cinema circa 2016.

ZK: I’m worried that this dry marathon is only making people hate Popplio more and I must defend my beautiful candy-nosed baby.

ZB: Both the guy and girl have dumb outfits, but the guy’s mid-calf pants with the huge red cuff are especially stupid.

The Legend of Zelda: Breath of the Wild


ZK: Looking at this new Link I feel like Mr. Burns yelling at Don Mattingly. Also, I like that we got a duck pond shot. Right after the giant skeleton.

ZB: Parts of this look so nice! And then other parts look like weird placeholders, which maybe they are. But when I think “new Zelda” I don’t have fucking crafting at the top of my list.

ZK: Can you even imagine the internal protests over the change to the formula?

ZB: Lots of stoic men in tailored suits quietly stewing in boardrooms, teeth clenched. One adjusts his glasses with careful nonchalance but inside his mind is sheer blind panic: the formula must remain pure. He knows this. He also knows no man can stand up to the passage of time. Perhaps—no, no. He blinks. Perhaps it is time to change. If a mountain can be shorn down over thousands of years do not be the mountain be the wind be the rain be the snow he thinks.

ZK: Miyamoto presenting slides of various apples as each exec fails to lift up so much as a finger.