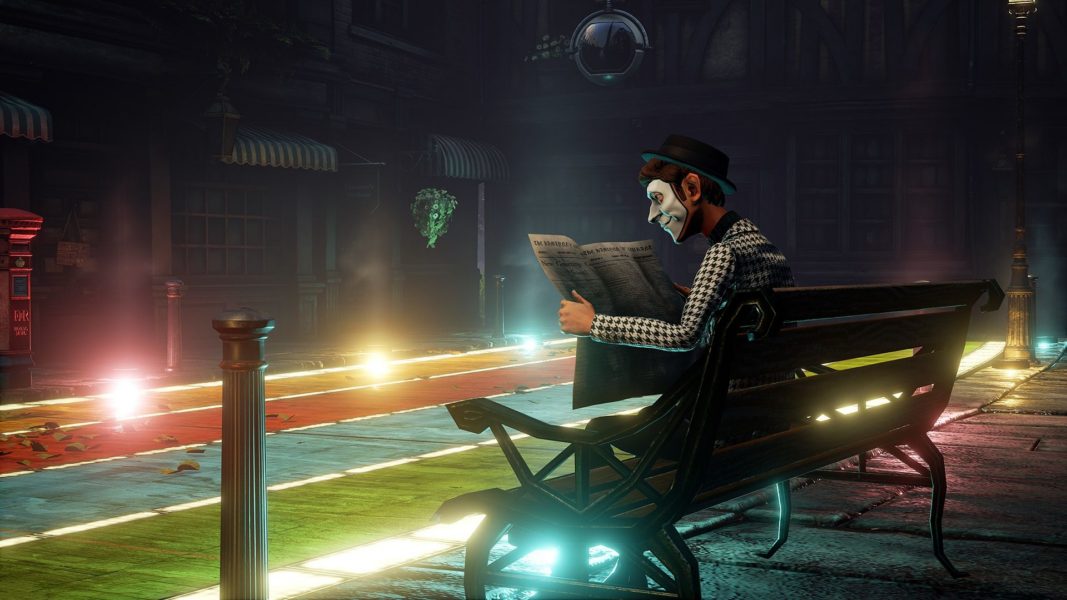 Every group has a clown. Here, at Kill Screen, we have two. Coincidentally, they are called Zach (Budgor) and Zack (Kotzer). We love them very much. Which is why we sit them down in front of a screen and force them to watch everything that happens at E3, trailer after trailer revealed before their tired eyes. Imagine that scene in A Clockwork Orange (1971), the one in which the Ludovico technique is demonstrated—it’s exactly like that. They scream at the videogame horrors, we put the drops in their eyes, they continue watching the videogame horrors. The following is what they managed to write down in between yelling this year.

ZK: Finally, Batman will square off against Superman!

ZB: Why is everyone glowing?

ZB: I fucking love Berserk. This teaser alludes to the most horrific thing that happens in the manga’s run, and there’s a lot of competition. How that leads into a Dynasty Warriors-like I have no idea.

ZB: Rifleman Jack Cooper: the gunman, the strong military boy who sets the world on fire, and his large metal son who carries him into war.

ZK: I’m so glad they’ve gotten around to adapting Tony Bill’s My Bodyguard (1980) into a videogame.

ZB: This multiplayer trailer is very serious for a mech game. It doesn’t have to be plausible, guys.

ZK: The fact that we’re getting three trailers for these new games doesn’t speak to the fact that we have too much game as much as too few editors. If a movie studio made a trailer exclusively for the goofy best friend I’m sure a producer would hit someone with a rolled up newspaper.

ZK: I too hate Mondays.

ZB: Half of this trailer: cool and exciting! The other half: I can only imagine How Fun shooting those shadow facehuggers will be over 20-odd hours.

ZK: I’m already concerned that this Prey will not have Art Bell.

ZB: All I remember of the old Prey was that the inciting incident involved your grandpa getting ground up or otherwise absurdly mutilated by aliens, which made the protagonist kinda mad.

ZK: Videogames, where new IPs are not new IPs.

ZB: As this is set in Disruption Capital Of The World San Francisco they really missed a trick by not going with, say, “DONE_IS_BETTER_THAN_FINISHED” or “MOVE_FAST_AND_BREAK_THINGS” as their slogans. I imagine the story asks the important question “who disrupts the disrupters?”

ZK: Why does a trailer about anti-capitalist tribes of computer hackers also feel like it’s trying to sell me running shoes?

ZB: So dogs actually feature in this game—the lack of dogs in the first installment being one of modern gaming’s greatest slights—so, I dunno, maybe I do like it now. At the very least, good boys have never been rendered with this kind of fidelity before.

ZK: I’m bummed that this isn’t coming out in the same year as Sleeping Dogs, like last time, so I can’t barge into Best Buy yelling “SHOW ME THE DOGS!” I actually became so complacent with calling Sleeping Dogs “Sleepy Doggies” that I once asked a clerk for it under that name.

ZB: By this point in the way-too-long Ubi stream, the Kill Screen crew had begun to hallucinate, saying “I feel slightly disassociated” and “Wait did the exact same guy just walk onstage?”

ZK: The Assassin’s Creed movie does look like a bad dream.

ZB: Holy shit. This makes The Division look like The Battle of Algiers (1966). How do you make something this tone-deaf?

ZK: Do you think Aisha Tyler reminded us that Ubisoft is French moments before to soften the blow of a very, very American perspective of foreign diplomacy?

ZB: The presenter laid out a whole lot of loaded exposition before this remarkably enervating footage began, but the gist was: what if we could kill Mexicans in Bolivia, which is also now a “narco state?” Uh, also, “a massive dangerous open world.” Take a shot.

ZK: He kind of looked like a Peter Serafinowicz character in a bit about how knuckleheaded games about geopolitics can get. Bolivia, a charred river of ruins and hole-riddled infrastructure has been saved, all thanks to the Real American Heroes! And not to get too finicky about the visual narrative but why do we get a motorbike tire screech after they’ve finished turning all those drug mules into bullet mules?

ZK: CIA in the streets, Secret Service in the sheets.

ZB: I continue to have an inexplicable affection for this game. And also the creative director, who clearly snuck in a reference to doom forefathers Candlemass with “black stone legion” … because look at him.

ZK: This game is dedicated to everyone who cried for three uninterrupted weeks when Spike TV didn’t renew Deadliest Warrior.

ZB: Love the way this massive viking man hacks through lesser opponents. Just tossing them aside like handfuls of bird seed.

ZK: Why does the mysterious war goddess sound like a GPS? “Swing sword – left into – skull – in three – seconds.”

ZB: This could be Spartan: Total Warrior 2, honestly.

ZK: Did I ever tell you how frustrating Japanese history museums were? They’d have all these feudal dioramas set up, swords-a-flyin’, Sashimono-a-wavin’, displays could tell you all the numerical details, how many people fought, died, when, where, the weather, but if you asked anyone “why” they were fighting you wouldn’t get any answers. Anyway, I’m sure they had their reasons.

ZK: This is the fate you seal when you allow your country to call flashlights “torches.”

ZB: My Life As A Splicer, then?

ZK: This still isn’t as dystopian a nightmare as that year they willingly played Ming Tea on music television.

ZB: What I’ve seen of this made it look like a pretty stifling stealth-em-up, but it gets points for having at least some actual ideas. I think.

ZK: The rubbish bins are shaped like the robots from the British space man show! What’s it called… Adrian Mole!

ZK: Is this a horror game or a simulation of cleaning up one of Moby’s old raves?

ZB: Love this. PT-ish, and I hope those jarring teleports are part of the game and not a concession to the game’s brief onstage timeslot. Is “mindhacking” scary, though? I dunno. Freddy Krueger’s kinda hacking your mind, right?

ZK: Wait, are you telling me that being a vampire actually… sucks?

ZB: Wow. I was going to say some shit about Carl Dreyer … but I can’t top that.