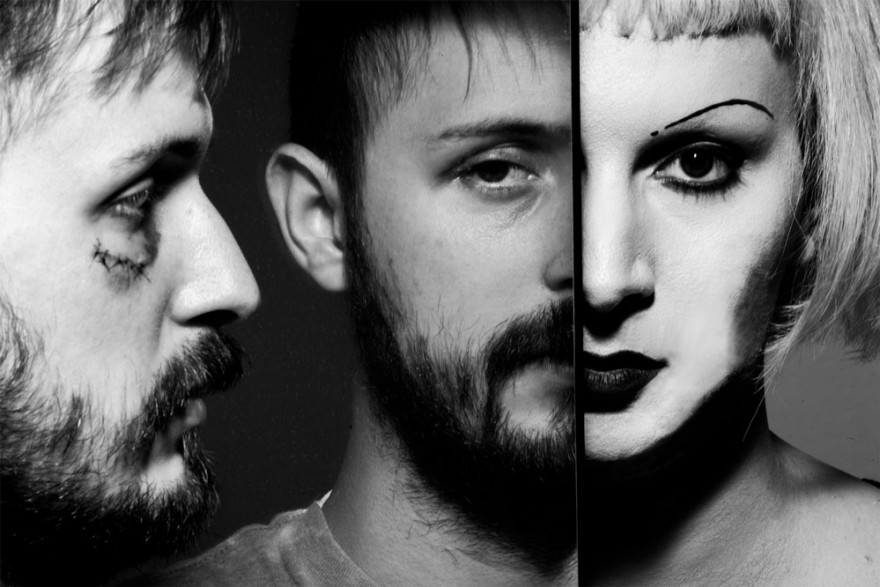 Self-described “diva of despair” Romie Romak weaves the dark coercing lyrics of Static X’s “Push It” into a ghastly sermon as if sung from the chantry of a funeral. She spreads the same witchy cloth over Beyoncé’s “Naughty Girl” and Lil Wayne’s “Love Me.” Meanwhile, Taylor Shechet’s creepy synth textures pound with the unsettling bass of a killer’s victim against the walls of their metal prison, underlining Romak’s vocals with a demonic atmosphere.

The signature of LA-based dark pop duo GRYPT is the sound of horror and sexy nightmares. The name is a portmanteau of “glass crypt” which, it is hoped, portrays an image of exposed rot and decay inside an ornate fixture, describing the gloomy pinch of the music. But GRYPT is more than music, as Romak and Shechet are casting their macabre abstractions like a miasma into the realms of interactive fiction and horror videogames. 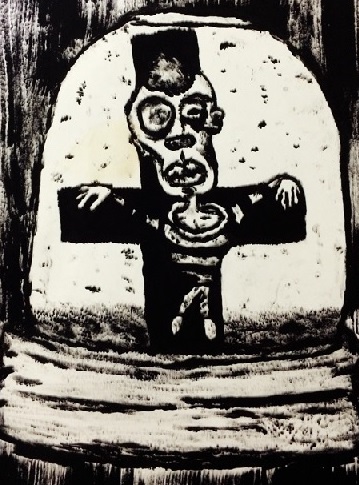 The first, titled Tales from a Glass Crypt, Vol. 1, is a strange choose-your-own-adventure built in Twine. Passages of persistently disturbing text describe the seedy, contemporary cityscape that GRYPT built for itself to create within. You’re taken to the lair of a lecherous vampire society, or haunted by gothic party rituals and tortuous blood-soaked scenarios—it barely ever ends well. “Like a Mortal Kombat finishing move, every wrong turn will end in a gruesome demise accompanied by one of our original songs,” GRYPT says.

Aside from the text, you’re shown surreal ink drawings while audio loops gradually churn your stomach. Tales from a Glass Crypt, Vol. 1 offers gruesome passage into Romak’s twisted performance. It’s a narrative that, when replayed, suggests that you occupy different scenarios and spaces simultaneously, just so you realize that there’s no escape.

GRYPT will invade your mind soon enough, carried in spirit by a horror videogame.

It’s this thudding dead end that enshrouds GRYPT’s next endeavor outside of music, entitled “Tonight You Die”. For this, the duo has teamed up with Jack Squires of Duende Games, who has previously appeared on Kill Screen with the ferocious?Nø♦C1iP?; combining religious idolatry with a shattering psychedelic visage. He’s the perfect person to bring the horror of GRYPT to a 3D videogame.

“Alone at night within a dreary expanse of brutalist structures you find yourself holding a note bearing the words ‘Tonight You die'”, Squires says of his current project. “With the guarantee that your life will be over in matter of minutes there is not much to do other than ponder your existence while you listen for the sound of sweet death.”

GRYPT fill the role of sound designers in this case, striving to attain the “atonal noisy elements of ’60s and ’70s low budget horror scores,” they tell me. The effort goes beyond providing an uncomfortable mood, though, as GRYPT is also looking to sensually assault you while playing Tonight You Die. “We also aim to incorporate psycho-acoustic techniques like the Shepard Tone to maximize anxiety,” they explain.

Should you allow it, GRYPT will invade your mind soon enough, carried in spirit by a horror videogame. You can prepare yourself by listening to the duo’s abyssal summons on Soundcloud.

You can play Tales from a Glass Crypt, Vol. 1 in your browser for free.