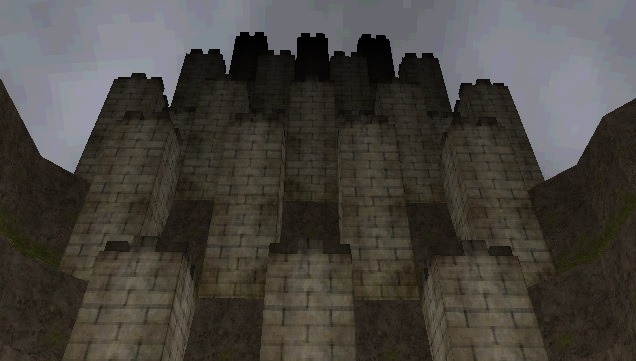 From Software’s game spaces have always been exquisite. Even before the Japanese company’s current president (and much-admired director of its Souls series) Hidetaka Miyazaki joined in 2004, From Software was moving toward mastering the art of oppressive dungeon design with its King’s Field series. Even the five floors of the dead king’s crypt of the series’ first entry had a cruelty in its appearance. There isn’t soil and stone quite like it: sludgy greys and browns stretched across 3D blocks, the haunt of the place pulling skeletons up from the earth for you to dispatch.

If you appreciate any of the RPGs that From Software has produced in recent years then you have King’s Field to thank. It’s a spiritual cousin to all of them. King’s Field is to Demon’s Souls what Demon’s Souls is to Bloodborne. And what is consistent throughout all of these games, separated by more than 20 years, is the terror held within their passages. As you venture into the unknown the dark architecture all around you warns that whatever lies ahead won’t be pleasant. That’s enough to wrangle your nerves.

But there are those that would rightly separate the King’s Field series as having its own special qualities not present in From Software’s latest titles. Rylie James Thomas is one of them. He describes King’s Field as being “pulse slow, dreamlike, fantastic, first-person adventure games.” Lilith, another game creator, gave King’s Field a similar description when I spoke to her previously, lovingly referring to it as “sludging around uncomfortable dream geometry.”

What evokes these strong, mystical associations to this videogame series is its spartan, lo-fi format. From Software worked with the limitations at the time, covering up poor draw distances with overwhelming darkness, or an omnipresent fog that hung at the edges. While everything appears flat, what the games aren’t light on is texture. As you step slowly and heavily through King’s Field‘s underground burial chambers and gloomy gnarled woods, you’re given a high bandwidth of visual information to absorb, as each grainy oak plank and dithered umbra of rock begs examination. Its environments speak not in nouns, but poetic adjectives.

found only in the subconscious wellspring.

It’s this aura that remains intrinsic to King’s Field that encouraged Thomas to start a project called “Moonlit Corpse” a year ago. He wanted to do something that involved using the Sword of Moonlight development tool that From Software released publicly in 2000 in Japan (and has since been translated to English). It’s a simple-to-use, “sometimes arcane feeling, program for making King’s Field-like games,” according to Thomas. You can use it raw—hacking together blocks to form maps, placing items and enemies—or you can bring in your own custom 3D models and textures. Importantly, at least for Thomas, Sword of Moonlight doesn’t care too much what you do with it. Unlike more modern tools it “doesn’t seem too fussy about making things ‘correct’,” Thomas writes.

This is why Thomas perceived Sword of Moonlight as being perfect for what will become Moonlit Corpse. Once finished it will be an exquisite corpse game. In other words, multiple people are forming virtual spaces of their own design in Sword of Moonlight without seeing what the others are doing. “We’ve been taking turns with the project file, passing it round like a piece of paper, each player getting a map or three to work on, and free reign over designing enemies, items, NPCs, etc,” says Thomas. When everyone has finished, all of the individual creations are then brought together to form a single videogame experience.

The surrealists used exquisite corpse to channel a mysticism through words and images found only in the subconscious wellspring. And so, Thomas hopes to double down on this with the King’s Field aesthetic that Sword of Moonlight coaxes. What will hopefully be realized is a chopped up, incohesive map with multiple authors full of surprises and an eerie dreamlike quality.

Unfortunately, we can’t see the results yet, but the early screenshots of Moonlit Corpse that have been released so far promise a fantastic amalgam of stone-faced bleakness and magical hillside temples. According to Thomas, “one is quite peaceful with an interesting secret path, one is built a lot upon what other people contribute (almost like a Share Cart equivalent, maybe?), and one is very carefully detailed and lively.”

Moonlit Corpse should hopefully be available later this year across Windows, Mac, and Linux. However, Thomas was expecting it to only last a few months, but it has already taken a year, so there are no guarantees on that.

You can find out more about Moonlit Corpse on its website.