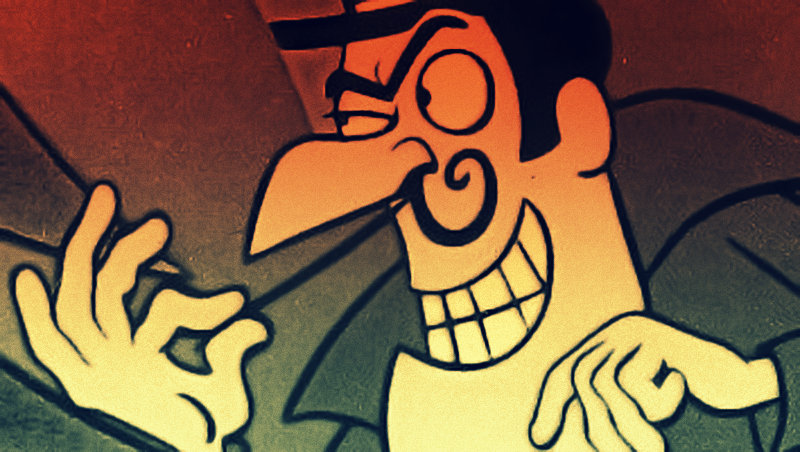 The character onscreen mercilessly unloads rounds of bullets onto the guards protecting the child, bringing them steps closer to victory. Gruffly, he exclaims, “Now we’ve got ‘em.”

Your hands grip a bloody knife; bits of gleam reflect light from the blade in between heavy drips. You have, without blinking, killed four people, and their carcasses lay rotting before you.

This isn’t a psychological experiment—though it could easily be one. You’re either watching television or playing a videogame. Perspective makes all the difference. Videogames are becoming more immersive, participatory, and realistic, with no signs of slowing down, while narrative mediums such as television and film allow us brief windows into wrongdoing that few dare to choose in reality. Although we might hesitate to admit it, villainy is an obsession, continuing to expound and tantalize our minds in the context of an engaging story.

Gaming promotes an active participation within story. While “watching,” the audience may change the channel, look away, or tune out the experience. Since games demand our complete attention, requiring direction to proceed, “playing” must involve a level of engagement to progress.

In both cases, this unique obsession with being bad has shaped a variety of narrative output in 2013, wholeheartedly exploring the greater paths of failure, degradation, and consequence.

The Last of Us provided a protagonist who proved to be more selfish than not in the end, leading to an emotionally controversial finale that forced players to question their own definition of right and wrong. Joel and Ellie made an enormous impact as humanistic characters doing their best to survive, suggesting that heroism isn’t as clean-cut as we might think.

Yet many defended his goodness up until the end.

In the final episode of Breaking Bad, Walter White confesses his sins, stating, “I liked it. I was good at it. And I was really—I was alive.” For six seasons, we watched a chemistry teacher turned meth lord turned maniacal madman descend into an utter wretch of a human being. Yet many defended his goodness up until the end.

Likewise, Dexter, the world’s most beloved serial killer, faced the advent of his crimes, having wrestled with his demons for years. Unlike Trevor, Dexter was given a strict code that favored a sense of justice. As an audience, we vehemently defended Dexter the serial killer, because we knew he had a heart somewhere. Also, we weren’t the ones plunging the knife into the victims’ bodies.

But in GTA V, Trevor’s infamous torture scene was a mandatory experience, forcing you, the player, to enact violence upon an innocent. In the open realm of Grand Theft Auto, hookers are killed all the time, right? But, that’s simply collateral damage in the spirit of fucking around. With Trevor, Rockstar has created an embodiment of the way we play GTA—in a way, a satire of itself—and encourages us to feel the consequences.

The more we tap into the heart of this extremism, the more we learn about the present mindset of our culture, and the tendencies toward being bad.

In stories, Greek and Roman heroes were mostly human—Jason, Achilles, Hercules, etc—while all gods ran rampant, both challenging and aiding our heroes, conceptually dancing the line between good and evil. Zeus, the “benevolent” king of the gods, tricked and murdered his father to take the throne, and often raped mortals in disguise as wild beasts. When “wicked” Hades stole Persephone from the world of the living, the Earth became barren, beginning a process that begat the four seasons, teaching the importance of the recurring cycles of life and death.

Oedipus became a villain unto himself when he realized that he’d fulfilled a prophecy: killing his father and wedding his mother, and inspiring the classic Freudian psychological complex.

The tragic characters of Shakespearean lore are extremely mutable in translation, and continue to receive refreshing interpretations over a millennium after being written. Hamlet is just as much a “villain, villain, smiling, damned, villain” as his uncle, and mother, and cousin, and girlfriend, and father’s ghost, and yet he alone retains the moral right to his cause.

The Lord of the Rings receives criticism for not revealing the face, motive, intention, or anything for that matter, of its evil—aside from a giant, obvious metaphor. We want our characters to be real; our villains given tinges of good and heroes tinges of bad. The examples above have lasted centuries, and will continue to last, because they tap into that ancient archetypal need for our stories to be somewhat interesting.

Why is it easier to show forgiveness toward fictional characters?

No matter how vile Walter White becomes, our instinct is to show him compassion. Yet the same can’t be said for real-world villains, who are often openly mocked and even more openly executed. Why is it easier to show forgiveness toward fictional characters? Is it because real-world victims inspire realer disgust? Or is it because, with the fictional villains, we see their journeys?

In Breaking Bad’s earlier seasons, we see a scared, broken, dying man doing everything he can to provide for his family. During the final episodes, we remember the entire spectrum of his journey and weep for a fallen man. Regardless, the experience is still completely passive, with no impression on our world other than being good entertainment.

Because Trevor is a videogame avatar, and we decide the clothes he’ll wear, his haircuts, cars, properties, and everything else, his maniacal addictions are harder to digest and forgive. Because maybe we wouldn’t choose to torture that person, but we still do, because we must. There is an independent ecosystem that exists in Los Santos, and each player is a collaborative component of his or her own world. Becoming present with a character like Trevor, and understanding his journey, might bring us steps closer to forgiving the mad raving villainy in our actual lives—and inside of us.

Tech like the Oculus Rift will soon transform our imagined myths into heightened realities. Riding dragons, gunning down terrorists, and saving the seven sages will become fictions experienced as real. Games will put players into further control of these narratives, for better or worse, and the ability to choose light and dark paths will take on a whole new meaning—you know, kind of like how they already do.

Whether by watching or playing, evil will remain the endless adversary that champions our quest for peace, and the gods, avatars, et. al. act as the inner compass toward making those choices either for the betterment or detriment of society. For the most part, we’re bred to choose life, but sometimes society crumbles into madness. The latter surely makes for a great story.

Perhaps our obsession with understanding bad guys encourages a profound exploration of discordant truths beyond right and wrong. At the arrival of sympathetic offenders like Trevor, Joel, Dexter, and Walter White, we have duly entered a new phase of storytelling, where one doesn’t need to be a hero to be heard—only human.