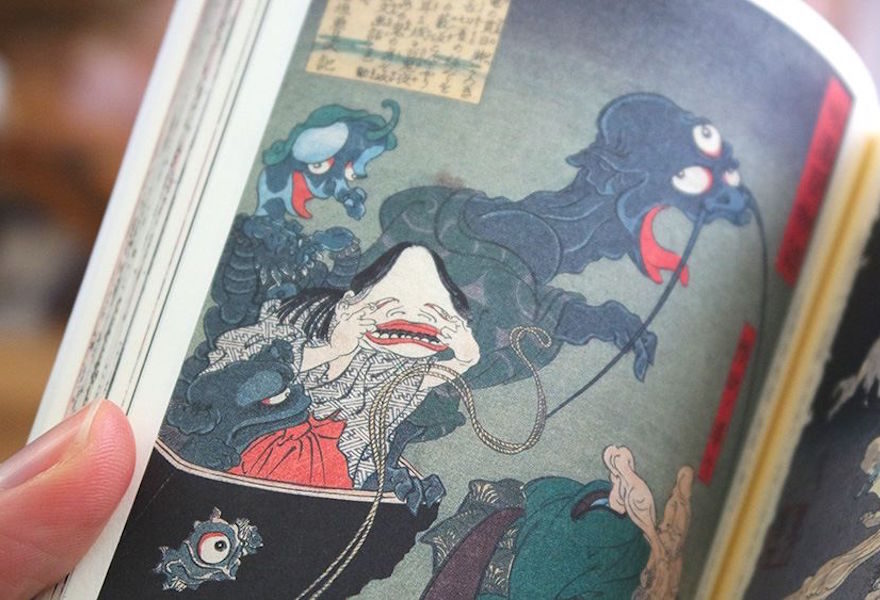 After living in Japan’s seaside city of Niigata for a year, French artists Cécile Brun and Olivier Pichard learned, among many other things, an appreciation for the island nation’s mythology and art. They’ve told us about their visits to Buddhist spiritual sites on Japanese mountains, and as we’ve written before, the pair have a particular fondness for Japanese photographer Kotori Kawashima and his photobook Mirai-chan, which depicts a young girl living in Niigata’s Sato Island.

“What interests us here is this juxtaposition of a very young girl from today and an ancient mysterious world,” they said. Since returning home to France, it has served as inspiration for their works at their comics and games studio Atelier Sentō, much of which also deals with Japanese youth and their experiences with the spiritual history of their home country. Take The Coral Cave, their upcoming watercolor adventure game about a young girl traveling around her seaside hometown and meeting the spirits that live there.

It reminds me of how I spent much of my own youth enjoying my favorite show at the time—Inuyasha. It’s a much-maligned story about a modern girl in ancient Japan with her dog “demon” friend. My only regret is watching the English dub, which called all the supernatural characters “demons,” when in fact the Japanese original dug deeper into the country’s culture by differentiating these creatures with terms such as yōkai.

In Japanese mythology, yōkai is a general catch-all term for most kinds of spirits or supernatural beings. It excludes kami (literally translated to god), which are typically spirits belonging to natural forces, revered ancestors, or even the creators of the world themselves. However, kami does not include famous creatures like kappa (turtle monsters that inspired the Koopa Troopas in Super Mario Bros) or tengu. Though often translated in the West as demons, as was the case in Inuyasha, they are actually more like classic European fairies, in that they run the range from malicious to mischievous to even beneficial, and come in a variety of shapes and sizes. They’re also more like animals than agents of hell. The point being that it’s misleading to call all of Japan’s supernatural creatures “demon,” as in the West it refers mostly to evil monsters out to steal souls. Yōkai, as I have seen, are closer to acting more like people than anything else, giving them a dynamism that I wasn’t getting from the usual Western stories.

more like caricatures of humans than as supernatural beings

Which brings us back to Atelier Sentō and The Coral Cave. Set in Okinawa, the game has the girl traveling around the industrial and natural hotspots of her own time, and being surprised by the myths and history she uncovers there. For example, in the trailer for the game, she meets a woman in a white kimono who calls herself the guardian of the Coral Cave and who is likely either a kami or a yōkai. The guardian is the most detailed spirit we’ve seen yet in the game’s already released screenshots and footage, but thanks to a recent post on Atelier Sentō’s site, it seems they’re hard at work making more.

“Yôkai!!!” they write. “They are both funny and frightening.” What follows is a collection of photos from the reference material the studio is using to build the game, showing off the various yōkai they are looking towards as inspiration for creating The Coral Cave‘s own spirits. Funny and frightening is a fitting description. Again, these are not demons (at least in the Western sense), and while some may be monstrous, they all carry a good deal of individualism and personality.

Take the old man with a giant face driving a cart with another giant-faced person in the back. They almost come across more like caricatures of humans than as supernatural beings, and I’d say they fall more in the funny camp than the frightening one.

Then there’s the picture of a big jet black bear-thing trying very hard to eat a woman’s hair. This one is a bit more frightening, and certainly more malicious, but oh bother if he just does not look kind of like Pooh Bear trying to steal his honey from bees.

There’s a woman with a severed head, and another with a sullen face that is more sympathetic than scary. I think my favorite, though, might be the shirtless pig guy running around carrying a flag and looking at the reader with wide, guilty eyes as if he’s been caught stealing from the cookie jar.

If the yōkai in The Coral Cave are anything like this, then we are in good hands. If there’s anything I can give Inuyasha credit for looking back on it now, it would be for creating a believable world populated by fantastic beings, each with their own striking visual designs, involved backstories, personal goals, and methods for achieving them. These weren’t just monsters living under the bed, but a whole other society of creatures that could be either aggressive, dimwitted, clever, self-interested or kind. That’s what’s present in these photos, and that’s what Atelier Sentō seems to be aiming for in their game. Consider my interest piqued.

To learn more about The Crystal Cave, visit its official website.