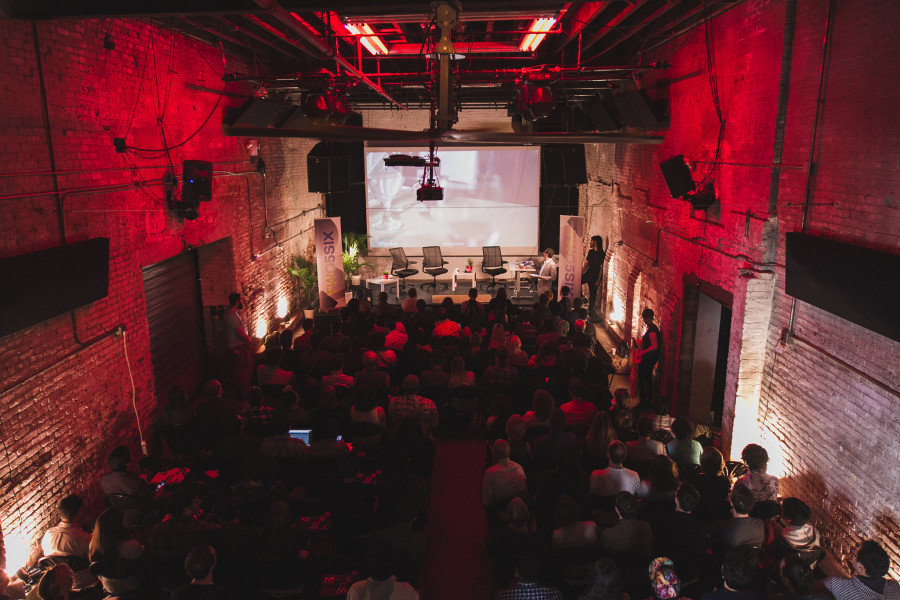 Join us June 4th, 2016 for our fourth annual festival. The Kill Screen Festival, formerly Two5six, is a weekend dedicated to celebrating creative collaboration between games and other great art. We bring together two speakers, one from within games and one from without, to discuss a topic pertinent to both of their work. The conversations that result are often unexpected but always interesting and inspiring. This festival has a lot to offer everyone from those who play games religiously to those who don’t know Link from Zelda.

Our lineup this year features some of the most promising creators in independent gaming alongside some trailblazing game developers from decades past. Headlining as keynotes are Rand and Robyn Miller, the brother duo that created 90s cult favorite (and childhood-shaper of many) Myst. Other speakers include celebrated independent game makers such as Nina Freeman, Rami Ismail, and Jake Elliot. Non-games speakers are still being rounded out but they already include some of the coolest voices in television production, comics, and animation. For our constantly updating full lineup, check out Kill Screen Fest’s website.

This year’s festival will return to Roulette in downtown Brooklyn, the site of our 2014 conference. It will be held June 4th, 2016 from 10am-6pm, with festivities to follow. There will be an arcade and film fest that will be open to the public, announcement to follow when more details are available.

To keep up with all the latest news about this year’s Kill Screen Festival, sign up for our mailing list now. Or you can go ahead and buy a discounted early bird ticket before they’re sold out. Follow Kill Screen on Twitter for live updates, and don’t forget to come hang out with the cool kids in Brooklyn this June 4th.