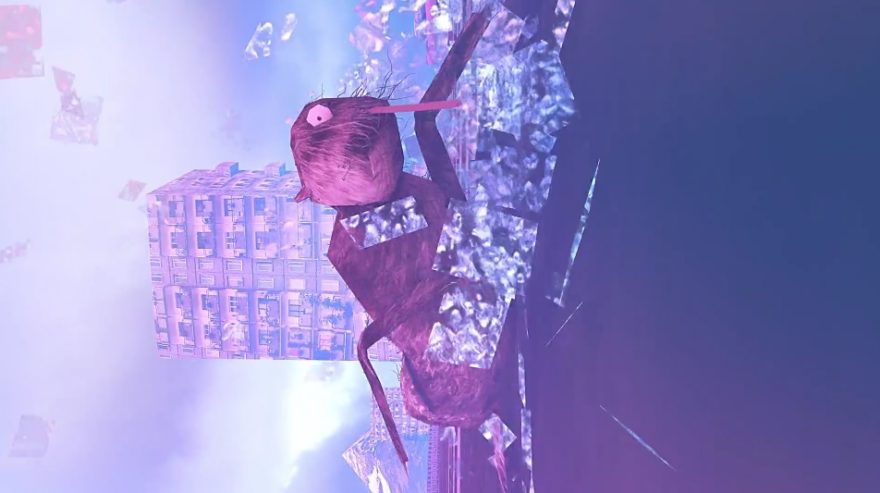 The progress of computer graphics often seems like a long race towards photo-realism and precise, natural movements meant to mimic the world as we see it. But there are projects that seek to show the world as we feel it, and when an artist has that in mind, you end up with works similar to Nikita Diakur’s upcoming short film Ugly.

Sourced from an internet story posted by an anonymous writer, Ugly will follow a Native American Chief and an Ugly Cat (the titular “Ugly”) as they try to find peace in a destructive neighborhood. Apart from the story, the most distinct aspect of the film is that it’s shot with a unique style of digital puppetry, which is an effect that has to be seen in motion—describing it with words just ain’t gonna cut it. Your best place to see it in action is the video below, taken straight from the Kickstarter page.

“Since being in control is often an illusion, we decided to give up on it,” writes Diakur. “As a result, the animation in Ugly is somewhat different than what you’d normally expect from a Computer Generated film.”

The technique used here is a combination of puppeteering and dynamic simulations, which Diakur says “is both hyper-realistic and imperfect,” which it is considered goes well with the main theme of Ugly. He’s not wrong. The animations are broken and stilted, and filmed in one take—perfection isn’t necessary here. By not constraining the motions of the character through traditional animation means, the director is allowing for an oddly more naturalistic approach to computer graphics. There are no in-between poses, no breaks in the programmed animation, so if a puppet falls down the stairs, it does so as its originally planned to do.

The effect is a bit like a malfunctioning puppet show, but it’s easy to focus on that rather than the fact that the effect is actually straight-up pleasing. The film showcases a digital world meshed with a sort of imprecise hyper realism that verges on just the right side of wrong. Early GIFs show Redbear, the Native American Chief, smoking a cigarette as the sun rises, and a video of a bike passing through a car park shows off some of the beauty and madcap goings-on that can happen with this style of filmmaking.

You can follow regular updates through the Kickstarter page as the filmmakers finish work on Ugly.