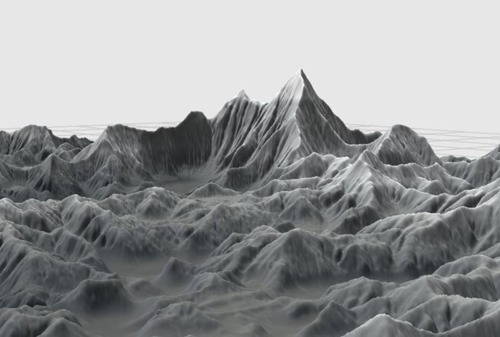 EA Canada have turned to an unlikely source for help building tracks in the new SSX title; namely, NASA.  Data from the Aster Global Digital Elevation Map, a joint project between NASA and Japan’s Ministry of Economy, Industry and Trade have been uploaded into EA Canada’s Mountain Man level building tool.  With 1.3 million hi-res satellite photos of Earth, incredibly detailed to-scale representations of some of the planet’s most iconic mountains have been recreated, and according to Wired,

Riders will now be able to helicopter-drop onto the icy heights of Kilimanjaro, grind off the Great Wall of China, descend Everest, deploy a wing suit, and race in real time against 100,000 other players around the world-all set against a backdrop that’s as realistic as anything on Google Earth.

This trend of videogames trying to exactly duplicate the real world seems to be growing, with Team Bondi’s use of photo-realistic face mapping and facial animations in their recent L.A. Noire serving as another high-profile example.  While our games have always strove to create believable worlds for us to play in, time will tell if this shift towards the hyper-real is a permanent one.  If so, our videogame developers may be enjoying a shift in role from simple masters of play to curators of entire digital realities