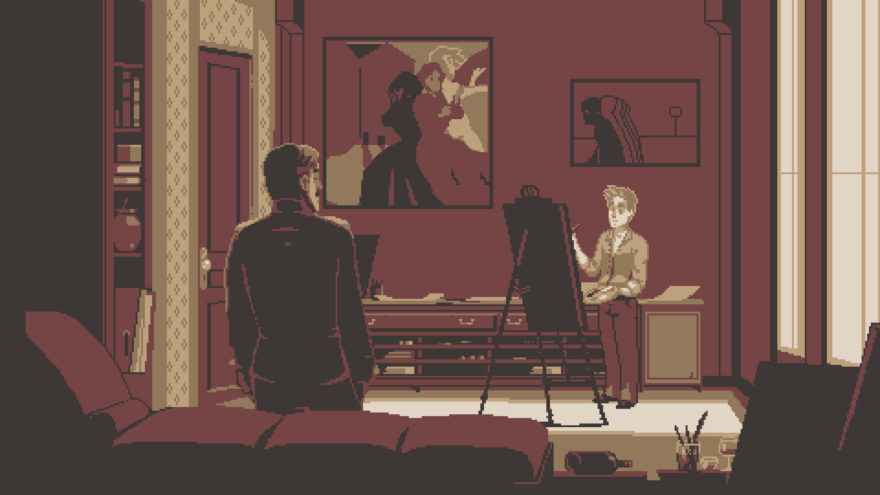 The second episode of the point-and-click game series The Lion’s Song is now available to purchase and download on Steam. It’s a doozy, letting you dive into the imagined fears of real historical figures that were part of Vienna’s artistic elite at the turn of the 20th century.

You play as an aspiring painter called Franz Markert who is desperate to gain recognition for his work. He does this by using his talent to strip people (sometimes literally) of their flaws and emotions that they try to hide and then bring that to the canvas. However, while doing so, Markert also has to battle his own “mental demons”—self-doubt for the most part—that hold him back. Your role is to question his subjects in a way that exposes their psyche so that Markert can paint the most vulnerable and powerful pictures of these people.

If you don’t know, The Lion’s Song is a story of four parts, each of which follow an exceptional creative mind of early 20th-century Austria. The first part took place in an isolated cabin among the Austrian Alps, where a young composer struggled to find inspiration for an upcoming concert. The series is about the creative struggle of exceptional artists who must find inspiration and human connections to succeed.

paint the most vulnerable and powerful pictures

Outside of that, the creators of the series at Mipumi Games hope to increase the complexity of its project with each new entry. “We listened to our fans and put a lot of love and effort into offering various branching paths, making sure the game offers even more surprises and different playthroughs,” said Gregor Eigner of Mipuni. “You will even see your choices changing the game world if you jump back into previously played episodes.”

That last point is something we touched on previously regarding this second entry in The Lion’s Song. In short, the pictures that you paint in Episode 2 might appear on the walls of the cabin in Episode 1. The connection here is that Markert, the painter in Episode 2, actually painted the protagonist of Episode 1 before she took her sabbatical to the Alps—she even muses on him at one point in the episode. This interconnectedness seems to be a decision motivated by the “Connected Worlds” theme of the game jam the original prototype of The Lion’s Song was made for.

If you want to get a taste for The Lion’s Song then you can download Episode 1 for free on Steam. If that satisfies and you want more, you can purchase Episode 2 for $3.99, or you can buy the Season Pass for $9.99.