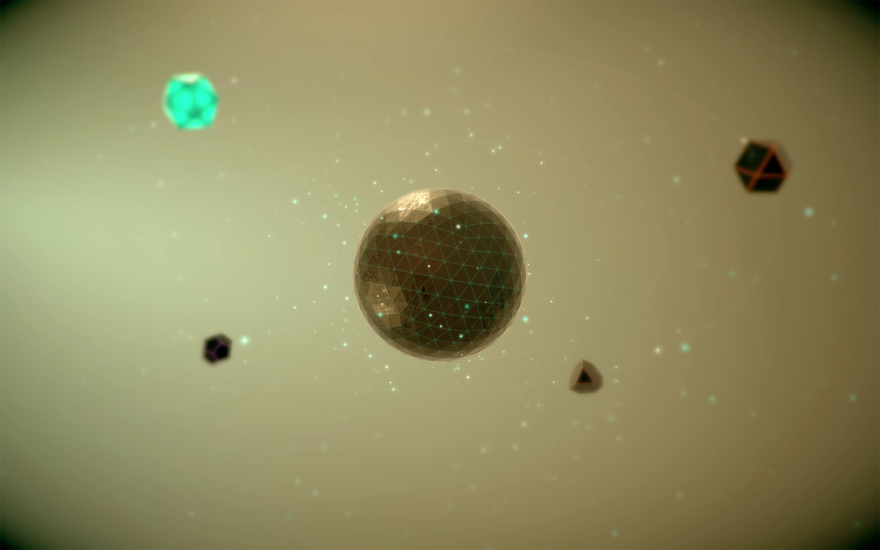 Clint Siu went to a lakeside bench in the middle of the Swedish woods almost every day for two months, writing ideas and designing puzzles. It was June 2015 and Siu had moved to Stugan, the Swedish non-profit accelerator that started last year, to work on _PRISM, a zen-like minimalistic game in which players unfold the external layers of solids by solving puzzles and try to reach their center.

As an American artist who used to work in Hollywood making FX for movies like World War Z (2013) and TV shows like Cosmos (2014), Siu found that being next to nature and away from the constant noise of big cities was what he needed to make this quiet game of his. “It’s nice to stay away from electronics for a while and just stare at the water moving,” he says. “Particularly with my game where it’s like this calm bobbing of these inner emotions. There’s a lot of times where I would just go out there and sit and stare at the water and think about what I need to do and figure out some inspirations.”

puzzles that float around a mystical entity

_PRISM is all about letting your intuition guide you while trying to learn different patterns and game systems that the title introduces on each level, like moving dots to the right spots or rotating lines and figures in order to create a specific shape. You do all this while exploring the faces of 3D solids and listening to a soothing soundtrack. The world of _PRISM is divided into four areas, each one representing a group of puzzles that float around a mystical entity. The visuals and sounds of the game create the illusion that you are making a journey into a sacred place.

Siu came up with the idea after playing games like The Room (2012) and Monument Valley (2014). He thinks they both use the touchpad in an intuitive way and he also wanted to offer a slow experience to players. “I find myself playing the games where you can slow down for 10 or 15 minutes and just be in the game using a lot of your brain. And that stuff just appeals to me more and I really wanted to make something along that style,” he says.

Although _PRISM wasn’t Siu’s first game (he was nominated for an IGF Award in 2005 for his student game Squirrel Squabble), he had to learn how to make them with modern tools and how the mobile market works. He developed _PRISM on his own while receiving the help of other Stugan’s fellows and mentors, and after nine months of development he self-published the game on the App Store. Hence, if you’d like to spend some quiet time away from the hubbub of whatever’s going on in your life, follow along with Siu, and perhaps check out _PRISM to help you reach that zen.

You can purchase _PRISM over on the App Store. Stugan is accepting applications for this year’s program through March 31st.