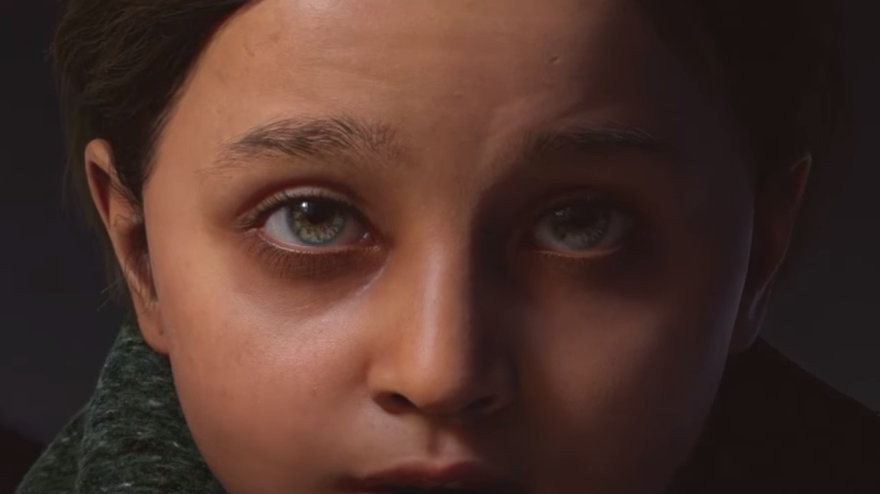 It’s difficult to grasp the meaning of a global refugee crisis. For much of the world this mass displacement is a moment on a newscast, a headline to be skimmed, a statistic to move us, but only briefly. UNICEF’s Sofia is the latest attempt to give us a deeper understanding. Sofia is a 3D animated girl created using 500 images of actual children from places affected by conflict, such as Ethiopia and Ukraine. The campaign worked with Getty Images, animators who worked on Planet of the Apes, Tintin (2011), and Avatar (2009), and the marketing agency Edelman Deportivo to culminate these images into a wide-eyed child with a heartbreaking story.

Sofia tells us in a clear voice who she is, her age, and what she has gone through. And in the end tells us she is not real. “I am the face of all the children suffering from emergencies no one talks about.” The inspirational music swells as she looks down, and then looks back into your eyes. UNICEF’s goal is clear: give a face to the unseen pain of many.

perhaps this animated spokesperson can call out to our humanity

There have been many efforts towards humanizing this global epidemic. Hearing the numbers of people displaced by conflict and how many of them are children is one thing. But UNICEF hopes to bring us closer to the people those numbers represent. Personal appeals, like Sofia’s, intend to bridge our divide. As yet another intersection between high-tech tools and social advocacy, Sofia joins the likes of Clouds of Sidra (2015), a virtual reality documentary that brought viewers into the world of a young girl at a Syrian refugee camp. But while a VR film has limited accessibility and viewership, Sofia gives anyone with the Internet and a computer a way to get emotionally involved in this global epidemic.


Although it is clear that UNICEF’s goal is to make Sofia appear as real as possible, delivering her message through animation may be one of the project’s more effective design choices. In Understanding Comics Scott McCloud talks about the benefits of abstraction in cartooning, positing a theory that when we see a realistic face we see an “other,” but when we see a cartoon we see ourselves. He argues that if he were to draw himself realistically, “You would have been far too aware of the messenger to fully receive the message!” Although Sofia’s abstraction is minimal, it is there, and it might create a space where we are more open to seeing and understanding.

More abstraction might have even helped Sofia deliver the message more effectively. While it is meaningful that she is an amalgam of 500 real-life children, which may strike a chord with some viewers, Sofia can still only tell one story. No single story can capture such a large diaspora, but perhaps this animated spokesperson can call out to our humanity, and open the door for us to hear more.

You can find out more about the work UNICEF does on their website.