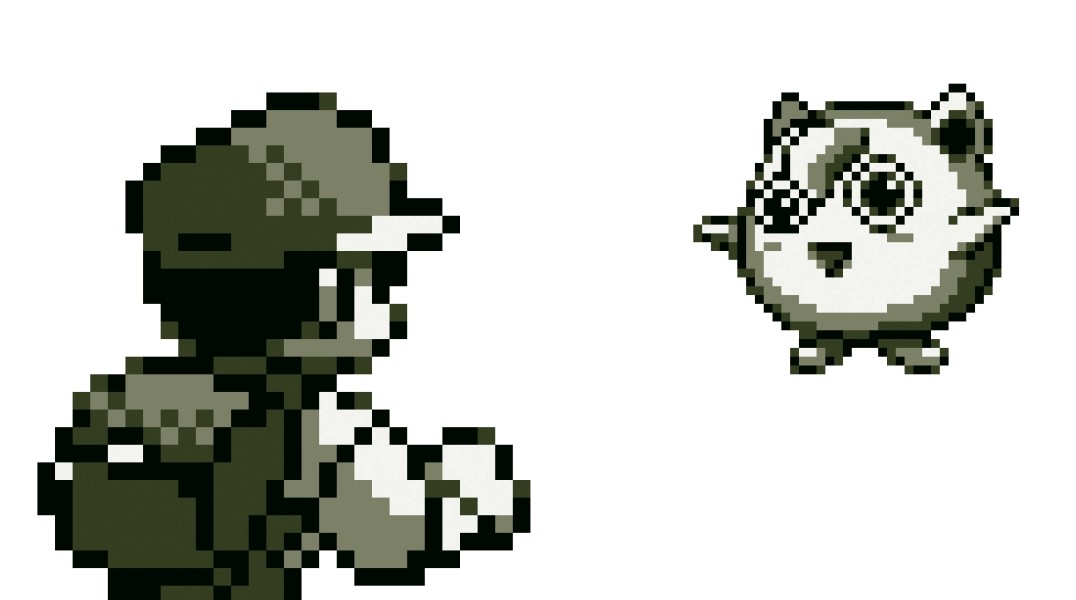 It took sixteen days, seven hours and forty five minutes. It was never once graceful. It was often unwatchable. But on March 1st, Twitch Plays Pokemon finished Pokemon Red.

Sixteen days is a crazy long time to play anything, and yet unbelievably short considering the task: tens of thousands of players sharing one “controller,” a hacked ROM of the game that used Twitch’s chat input to control Red.

How did they ever once open the menu and select the right item for the right moment, let alone complete the entire game? Some might attribute the stream’s success to enthusiasm for the game, sheer determination, blind luck, boring post-game interview stuff like that. Most of them, though—the Hivemind, as they call themselves—they’ll tell you something else. They’ll say it was the will of their risen lord Helix, through His champion Bird Jesus, the sacrifice of The Twelve, and renouncing the false dogma of The Dome.

Because out of Twitch Plays Pokemon a new religion hath formed.

Return to the early, largely undocumented day one of the stream. Genesis. When the community had not yet snapped into a singular vision, the water and the sky still unformed—chaos, darkness, all that. It is known that these first players, small as they were compared to the Hivemind of day sixteen, somehow reached Mt. Moon and were made to choose between the Helix Fossil and the Dome Fossil. The Helix not so much won out by consensus as it was chosen by the barrage of mostly incongruent chat input. Chosen by accident. Or by divine will.

If you haven’t yet taken a moment to watch any Twitch Plays Pokemon (which has since moved on to tackle Pokemon Crystal) the action goes something like this: take a step left, stare at a wall, open up the menu, scroll, select something useless, scroll, try to save but cancel, stare at the wall, move back a few steps, repeat.

Once Red picked up the Helix, he would often attempt to select it as the Hivemind stumbled through these manic menu sessions. Always with the same in-game response: This isn’t the time to use that.

Players eventually began to conjure philosophical questions around this. Why does he keep returning to the fossil? Is he drawn to it in some way? This isn’t the time to use that. When is the time to use it? Does something truly great approach? What does any of this have to do with the Helix?

Helix is the godhead, but Bird Jesus is the Messiah

The answer, as it turns out, was simple: The Helix Fossil was Red’s true god. It could not be removed from the inventory. It was immortal. All good things were the will of Helix, and Red would witness his lord risen. Naturally, the Dome Fossil became the antithesis, a Satan, and in-game mishaps were attributed to its dark influence. This forged the larger spiritual conflict presiding over the small, in-game goals of Red’s mortal world. Even the Twitch trolls, singularly determined to ruin the experience, were called acolytes of The Dome and injected into the lore.

It’s not overreaching to call it lore, either. The religious narrative and dogma of Red’s journey could fill its own wikipedia, which it almost certainly someday will. Twitch Plays Pokemon’s Subreddit has become a library for religious iconography drawing from western Christianity. Helix is the godhead, but Bird Jesus the Messiah, a Pidgeot Pokemon who was largely deified after a battle in which he dodged consecutive Weezing attacks, including a self-destruct. Then there is The Twelve, or the group of Pokemon released (sacrificed) when the Hivemind attempted to extract Zapdos, an event they refer to as Bloody Sunday. The First Exodus was a divisive moment when Red accidentally cast away two of his early Pokemon. The Followers of Old Amber believed in an alternative to The Helix and The Dome, themselves split between two sects (balance and chaos), eventually becoming the more moderate New Worshippers of Old Amber. Anti-Flareon Worshipers are convinced Flareon was a false prophet of The Dome and the root cause of the First Exodus. Flareon Apologists beg to differ. It goes on.

Proverbs 6:6 reads, “Go to the ant; consider her ways and be wise.” Out of chaos, a natural order, even self-governance, can materialize in nature. With its lack of context and inability for players to communicate with one another in-chat, Twitch Plays Pokemon created a perfect primordial soup for human beings to find a way to create a logic, a culture, out of randomness.

A very true-to-life randomness, really. The Hivemind was technically in control of Red’s actions, yet they had very little control in the grand scheme of things. Twitch Plays Pokemon inadvertently became a sort of Human Condition simulator in a way no game can emulate within itself. In addition to challenges of leveling up, in-game puzzles, seemingly “random” encounters that still exist within the parameters established by the game’s code, players had to account for a cruel and miraculous larger fate determined by the incompressible outside force of simultaneous chat input.

It is not so surprising that The Hivemind, witness to the randomness of the universe, made sense of it all by coalescing into a faux-religion. Playing via Twitch is far more frustrating than entertaining; following the experience would have been a waste of time without something to provide the narrative that gave meaning to Red’s tumultuous, brief life. You win the lottery, and you barely miss tossing away the Master Ball. A family loses their home to a tornado, and Red again falls off a ledge because someone thirty chatlines up pressed “left.” Such is the will of Helix.