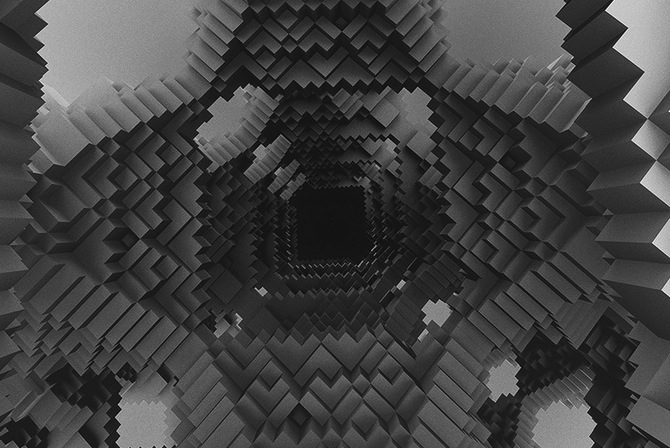 There is a certain school of thought that says that coding is a world of beauty. The trouble is, it’s largely an invisible world; i.e. you have to know programming language in order to appreciate it. It’s not like the average person is going to look at a page of HTML and be blown away. But after seeing the algorithmic, 3D environments created by the digital artist GMunk and programmer Steff Kelsey, they just might believe.

This cubist project was created as part of the From Paper to Pixels exhibit in Boston last year. The point of that show was to bring coders and designers together to create stunning artwork that visualizes code. And the result was these nameless but righteous-looking cubic matrices—a truly-new new media experience that the audience could manipulate via controller. The show’s now over, but the images remain, so at least we can still gaze in wonder at strange fractal pyramids.

See more at The Creator’s Project.