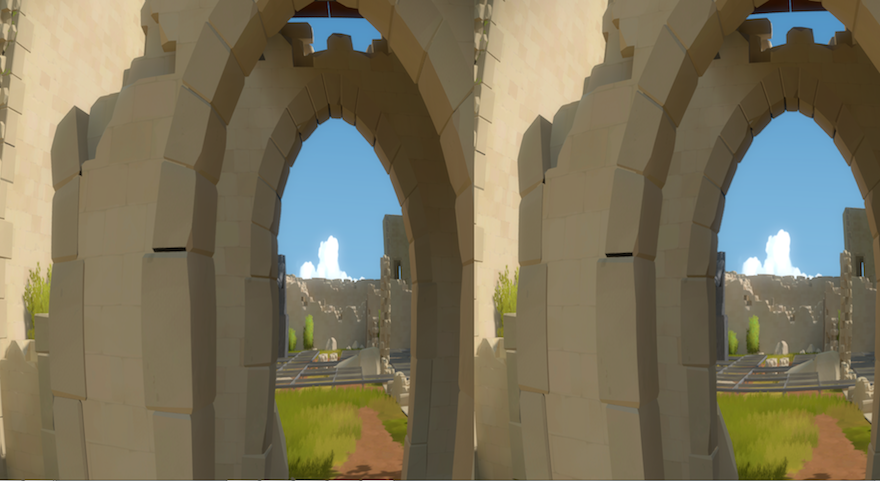 The Witness—Jonathan Blow’s Myst-like puzzler that set on a deserted island that is, yes, professionally landscaped—will be playable in virtual reality, the Braid-creator posted on his blog. But it wouldn’t be a Blow post without a dash of vitriol:

Last year I was pessimistic about VR systems in the near future, since the ones I had tried didn’t seem to offer much (certainly not enough to justify wearing a bulky headset all the time and fighting back feelings of Nausea).

However, Blow is a reasonable guy, and after Valve invited him to try their new-and-improved virtual reality headset, he quickly changed his mind.

I was fortunate enough to get a sneak peek at Valve’s virtual reality system. It is so much better than anything else I had used that I was instantly very excited by it. Right away I could see games you might design for this system that had been impossible before;

We’ve heard strange and miraculous rumblings about Valve’s virtual reality tech, which so far hasn’t made it out into the wild, and will be integrated with the Oculus Rift. It’s good that Blow was impressed, as he is a tough critic and cuts through the bullshit. Valve has recently been hyping that virtual reality will be mass market bound in 2015, but older prototypes, as Blow points out, were far from ready for prime time. With Blow jumping on the virtual reality bandwagon, the kinks might be solved.