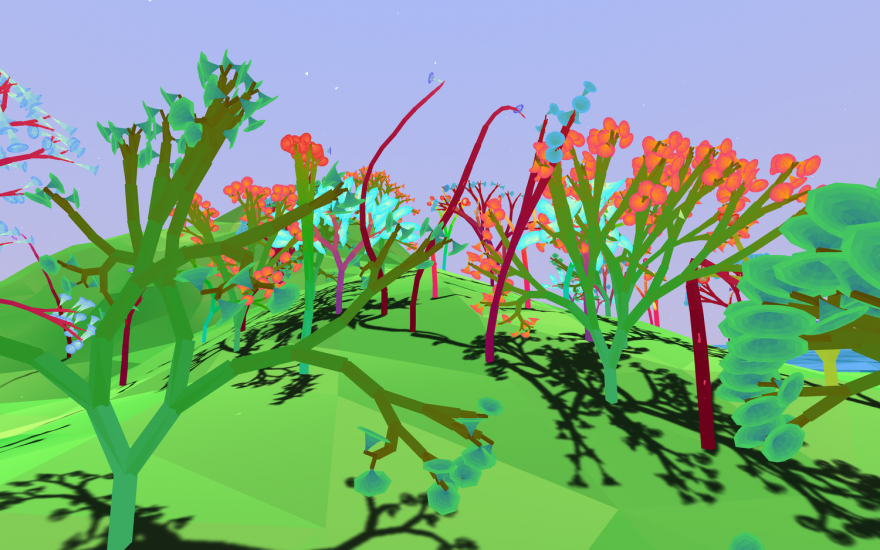 NYU Game Center alumni Owen Bell is the first game designer to be awarded the Public Understanding prize from the Alfred P. Sloan Foundation. Sloan’s Public Understanding prize, in particular, is intended to support projects that blend science and the humanities; it’s for creators and researchers that recognize science and humanities as operating under a single culture. Books, film, and theater have been supported in the past, but never a videogame.

With $10,000 in prize money, Bell will commit serious time to Mendel—his “science creativity sandbox” game that allows players to breed different combinations of plants to create unique, lush gardens. Though the game itself is simple, the underlying system in Mendel is pretty complex, Bell said on his website. “All the plants are procedurally grown from genetics that behave just like the genetics of our own word.” In exploration of Mendel‘s flowering plant life, players will learn about the inner workings of genetics. And as they do, players will be able to create more complex combinations.

“I started working on Mendel because I wanted to create a space for players to craft their own beautiful gardens and learn about the fascinatingly intricate science of genetics through observation and experimentation,” Bell said. “Both the Foundation and I are passionate about sharing a love and curiosity for science and I’m excited to be creating a work that carried that vision into the world of games.”

Mendel is different from other sandbox games—like Minecraft (2009) or Terraria (2011)—in that players don’t have a set of assets created by the designer to work from. “All plants will be grown from a mathematical seed that the computer interprets to finished plant,” Bell said. “By breeding their plants together, the player can mix the seeds, creating new plants for the computer to display.” This formula is then applied repeatedly, creating flora that Bell “never dreamed were possible” in Mendel.

Bell is adamant in keeping the game grounded in reality—and real science—despite the whimsical, otherworldly plant life. That’s why he’s, tentatively, at least, decided to set the game on a real planet, Kepler-186f. Scientists at the Planetary Habitability Laboratory have compiled a list of potentially habitable planets, and Kepler-186f is one of them. The player, playing as an astrobiologist, is sent there to study alien flora.

Mendel is expected to release in 2017. Follow its development on Tumblr. More of Owen Bell’s work can be found on his personal website.