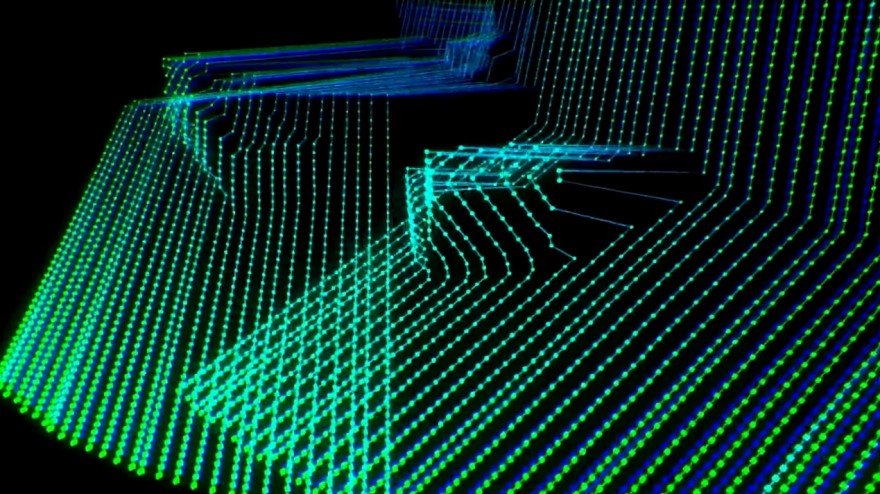 Spawned from his background in photography, Ivan Notaros has come up with a beautiful way to explore a videogame world in his upcoming project Scanner. As the title reveals, it has you seeing through a first-generation robot’s eyes as it ventures into a post-humanity world, constructing 3D images with a visual scanner.

Speaking during European Innovative Games Showcase at GDC Europe 2015 (in a video you can watch here), Notaros explains how he arrived upon his discovery. It all started when he began playing with photo-scanning. This is a cheaper alternative to buying a proper 3D scanning device to capture the points in a space. What it involves is taking several photographs of a central object from different angles so that you can then reconstruct the 3D space in a virtual environment.

what happened to the world in that shutdown time

Doing this, Notaros created some architecture and self-portraits that would lay the foundations of the technique behind creating Scanner. But it wasn’t until he happened across an image of point clouds that had some artistic flair that the game idea formed in his mind. It was an image created using Spectroscan 3D, which is able to render shadows by coloring the points different intensities (less intense for darkness, more intense for brighter areas), meaning that every structure in the space is clearly defined and has maximum visibility.

Notaros combined this idea with his interest in capturing the past. He reasons that when you scan a 3D space you capture how it was at one particular moment in the past. This is ties in with the themes of Scanner as you play a robot that was made obsolete by the rapid advancement of robot technology that gets turned back on hundreds of years later. It’s a game about finding out what happened to the world in that shutdown time by scanning its present state.

What you can see in the game’s teaser is that the scanner doesn’t work too fast so you get a stuttered understanding of each 3D space. Movement of an object isn’t smooth, instead it’s realized as several still scans of the same area taken perhaps a second apart. There can also be illusions created with the point cloud scans as a wall may seem 2D until you move to another angle to discover a 3D shape to it. At the moment, Notaros is experimenting with the potential of this idea and seeing how to make an engaging experience out of it.

our cultural obsession with the high-tech fantasies of the 1970s

But Notaros isn’t alone in his ideas. Scanner is, after all, a branch of the recent rise in exploration games. And while the general direction they’ve been going has resulted in high-production efforts such as Everybody’s Gone to the Rapture, there are more experimental offshoots. Most of these seem to be about obscuring the world that we explore so that it becomes almost like an environmental puzzle just to move around in it.

Beyond Eyes is one of these as it restricts us to smell, touch, and sound as a blind girl; the environment revealing itself as a watercolor being painted in front of us. The Unfinished Swan achieved something similar before this with its player-painted world. Then there’s Memories of a Broken Dimension that also obscures its black-and-white computer world as a broken feed of a rupturing environment that requires us to fix glitches to progress.

Then there’s A Light to Chorus, which is easily the most visually similar to Scanner, as it renders its world as a series of light particles that come to life. Scanner appeals more to our cultural obsession with the high-tech fantasies of the 1970s and 1980s. It’s all big green lines, sentient robots, and lo-fi computer images bundled up into a single package. Notaros notes in his presentation that he has a tendency to not finish projects he works on but we’re holding out that he’ll get around to completing this one.