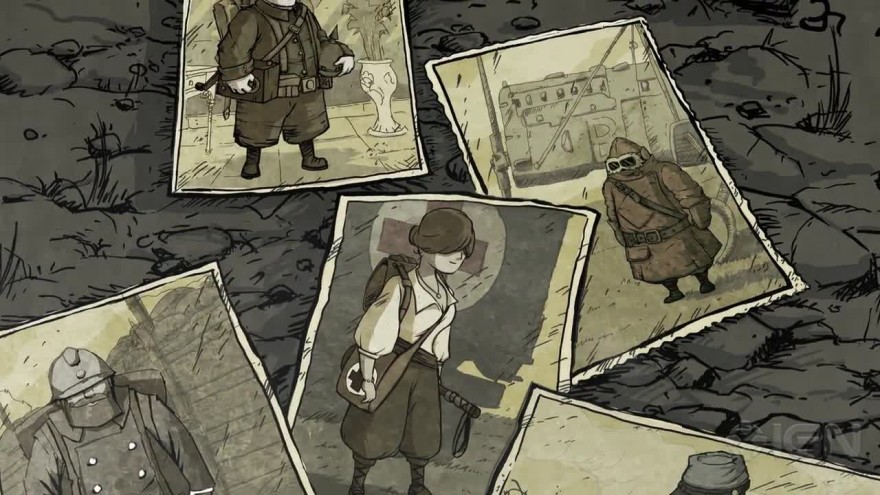 “We decided to create a game about war, not a war game,” says Paul Tumelaire, the top dog on Valiant Hearts, Ubisoft Montpellier’s superbly animated World War I game. The distinction is an important one, as games put you behind the crosshairs of bandolier-strapped killing machines all the time, but rarely consider how war is more than obliterating empty, avatar bodies. They rarely stray from the macho theme.

But Valiant Hearts is cartoony, a very mature cartoony, and not in a “rated M” sort of way. The game looks to have more in common with pivotal works of French animation like Persepolis and Triplets of Belleville than the footage of Far Cry 4 certainly blasting on a nearby big screen, inspired by tearjerking letters sent from soldiers at war. This is a game to make you feel things. On top of that, the game oozes French-ness, a good thing for a hand-drawn game, as we’ve seen from previous beautiful efforts from Ubisoft, like Rayman Legends and Child of Light.

It’s coming to Xboxes, PlayStations, and PCs on the 25th, so give it a peek.