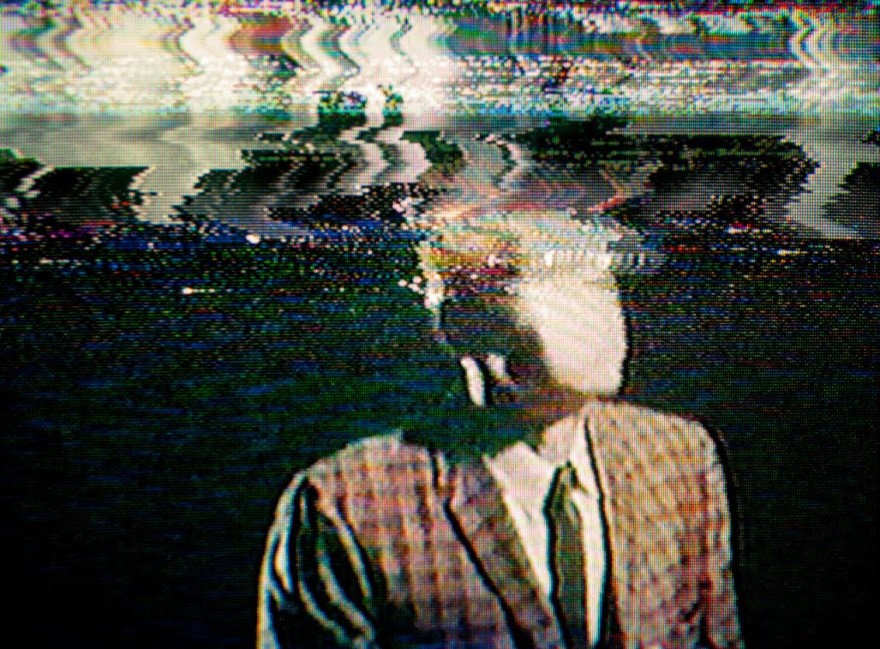 All images by Corey Johnson. This article contains flashing images.

Digital technology can be very boring at times. There’s no room for error. If a smartphone or an MP3 player breaks, we have to chuck it away and arrange to get a new one, while the digital cloud preserves all our precious files in immaculate condition. “That’s sort of the problem with the digital revolution for glitch artists today. With formats like HDMI, it’s all or nothing. The signal is either crystal clear, or it’s not coming through at all,” says computer artist Corey Johnson.

He runs a Tumblr blog called “Art of the Glitch,” where he posts images that he’s captured of erratic irregularities in analog technology, but only those that meet the requirements of his personal interest in glitch art. The attraction happened quite suddenly when he was in college. Being a design student, and also slightly obsessed with Nine Inch Nails, the work of the band’s art director Rob Sheridan was of high interest to Johnson. He describes Sheridan’s soundtrack art work for the film The Social Network as being ancillary.

“There was a precision and a refinement to that particular glitch style that I’ve been chasing after in my own work,” Johnson says. He’s not interested in the total destruction that some glitch artists practice; he sees the glitch as “more a storytelling tool than an aesthetic unto itself.” More resolutely, he says he’s looking for that “weird balance of destruction and tangibility.”

No more is this obvious in his latest series of images that have been created from obstreperous VCR errors. These often skew a single subject—the centerpiece of his story—especially faceless people: juddering skulls wrapped in pallid skin with sudden bands of discordant color ripping across them like the scratch of a claw. Add to this the inescapable repetition of the GIF, and these images almost seem depraved, resembling hell’s endless torture of its sinners. It’s certainly closer to the glitch-terror of Sheridan’s vinyl covers for How to Destroy Angels’s Welcome Oblivion than the vibrant datamoshing Nabil Elderkin produced for Kanye West’s Welcome To Heartbreak music video.

“There’s an inherent creepiness to the beauty”

In any case, the images prove inescapably creepy—see if you can look at this self-portrait for longer than a few seconds without becoming anxious. The reason for this effect is obvious: when something familiar behaves or appears unnatural to us it enters the uncanny valley. And as this uneasy space between states (the known and the unknown, the functional and the broken) is where the glitch belongs—what Johnson refers to as “a stunning grey area”—Johnson is unsurprisingly engaged in the process of creating creepy images.

“Most people over the age of about 23 right now have some fond memories of VHS tapes, and there’s a shorthand between the viewer and the piece in that instance. The texture of the thing is familiar, if skewed,” Johnson told me. “There’s an inherent creepiness to the beauty, and I think the creepiness is something to be explored. I know it certainly freaks me out a little, and I just want to share that creepiness a little.”

To discover his glitch art, Johnson plugs short, repeating videos into an Xbox 360 through its USB port, and then feeds that into a VCR. The output is projected on to an old CRT TV he bought from a thrift store. He then manipulates a frayed RCA cable that runs from the Xbox to the VCR while it’s recording in order to interrupt the signal. “The colors tear, images start to warp, and still images start to come alive with organic motion,” Johnson says. “I’ve recently looked into some circuit bending boxes that can be an intermediate between the signal and the recording, but I like the lack of control I have with just jamming some wires together.”

“bright white lines and flickers, and then darkness.”

After this, all that’s left to do is to turn the raw glitches into digital form for GIFs, or Johnson sometimes photographs the TV if he wants to obtain a little more control of what is captured. But working with the pulsing errors analog tech is capable of means there is always some frustration as it skips and frazzles so unpredictably that its best images can be missed. Then there’s always the challenges that appear in transferring analog media to its digital cousin.

“Some of my favorite moments that don’t translate well to the cleaner GIFs are those moments right before the signal completely dies—the color portion of the signal is gone, and you’re left with the black and white image data as it warps, blurs, and occasionally completely dissolves off of the screen.” Johnson says. “Then you get these bright white lines and flickers, and then darkness. It’s wonderful to watch, but with my current setup, I can’t quite capture them digitally.”

No greater are the differences between analog and digital media revealed in the issue that Johnson describes there. From a glitch artist’s view, analog data is pregnant with possibility in its tendency to degenerate, its failure to fully fail. But exporting this electronic detritus proves difficult even now with digital technology excelling in letting us share our each and every creation.

And that’s just it: glitch art isn’t “created,” it is found or discovered by teasing it out. This reliance on happenstance is why one artist’s vision of the paradoxical ‘perfect error’ is rarely, if ever, captured. And to tweak a glitch towards this artistic vision is to mess with its ontology. In an age where Photoshop, image filters, and other editing tools are rampant, glitch art somewhat ironically remains one of the purest forms of visual art.

Check out Art of the Glitch on Tumblr for more of Corey Johnson’s work. 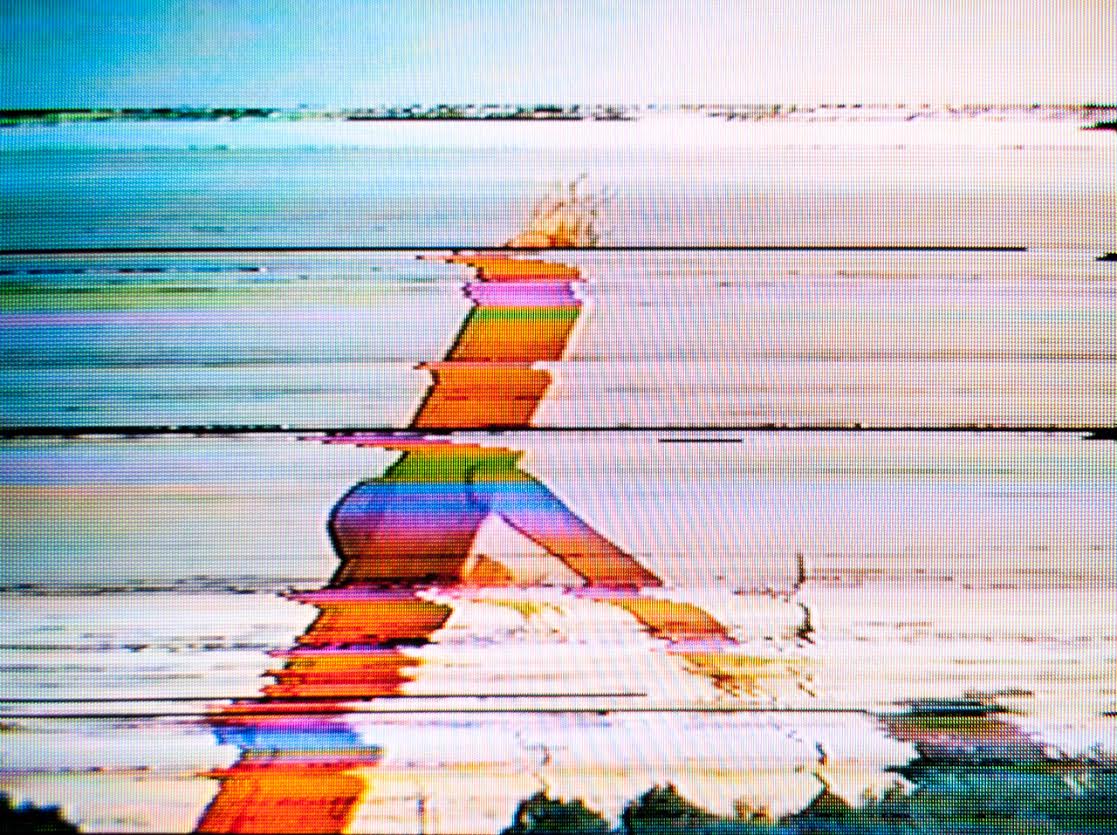