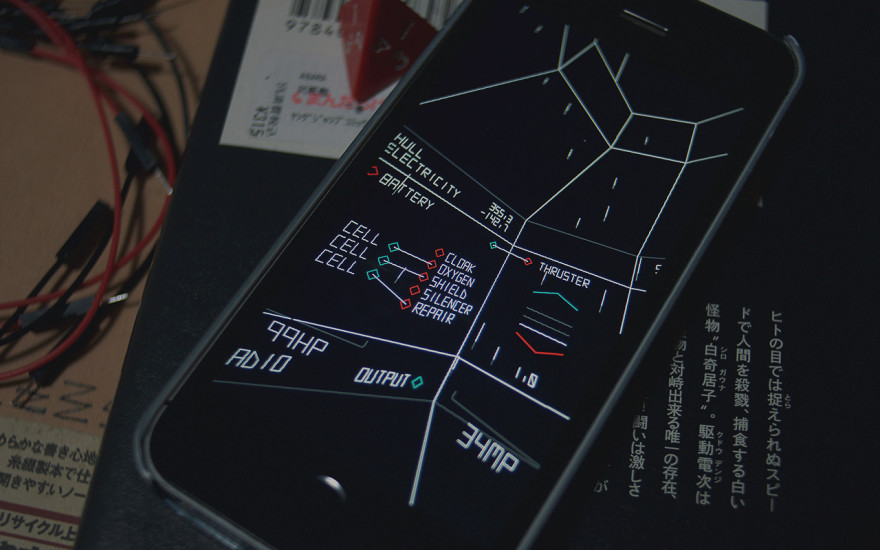 There’s a graceful fragility to the works of Devine Lu Linvega and his latest game is no exception.

Verreciel, which launches on January 10th, 2016 for iOS, will let you explore “surrounding universes” aboard a vessel called the Glass Ship. There isn’t much info about it beyond that. Its interface is sharp and fine, like glass. Wiry lettering labels its various functions—battery, hull, electricity, thruster. Stars expand beyond its angled windows into long lines the faster you go.