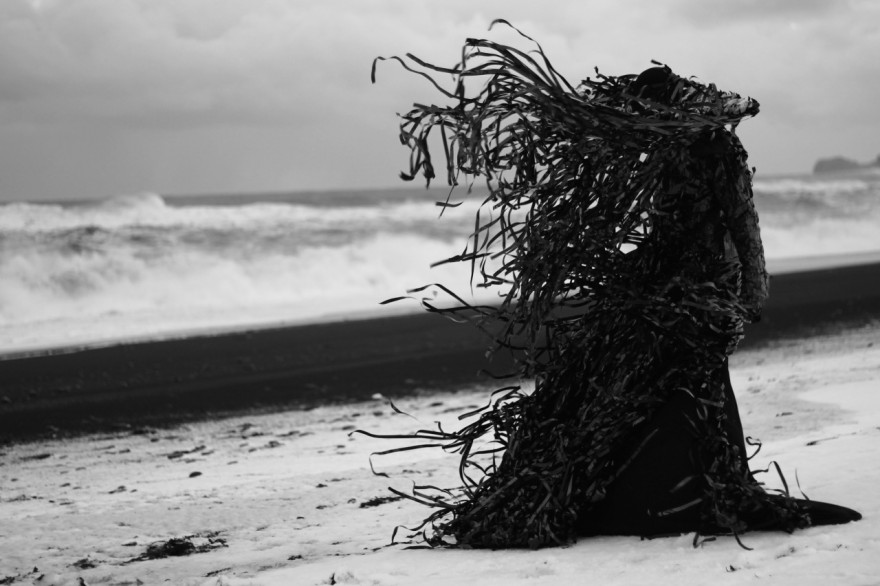 French artist Philip Ob Rey’s latest project pitches sculptures “skeletonned with VHS film-rolls” against the grey skies of Iceland. His series of black-and-white photos and accompanying short films share haunting visions of a post-human world. It’s one in which primordial giants have arisen, tangled in the tape reels that remain of our lost culture, stumbling menacingly across a cold wasteland.

the unnatural waste of electronics that we leave behind

“V” HS Project, as Ob Rey calls it, comprises five series of photos: “The Lavas’ Whisper,” “Submarine Wings and Seeds,” “Thousands of Njord’s Feathers,” “Shadows of Bedrock Children,” and “Unknown Ashes – Unknown Voices.” Each of these capture a different nightmarish figure in the throes of its new-found existence. Despair and terror are found in their faceless forms, but the influence of Parisian haute couture (which Ob Rey grew up around) is visible in the trailing black ribbons, resembling gowns and elaborate head pieces.

The shadowy bodies of the creatures were also fettered with stones, shells, feathers, and dry seaweed picked from the surrounding hulking mountains and ice-cold Icelandic beaches. It’s a marriage of materials that alludes to the visual and thematic focus of the entire project. “I built creatures made of VHS, covered with a black toxic skin, a chaotic flesh of magnetic encoded images, dreamlike and disfigured in reaction against the growing dictatorship of mass media and the unstoppable plastic pollution due to the overconsumption of new technologies,” Ob Rey told Huffington Post.

The idea is to convey eerie sculptures that have formed from the unnatural waste of electronics that we leave behind in our constant race towards technological advancement. What happens to all the obsolete material we leave behind? A lot of it gets churned up and dumped into a swelling black lake of toxic sludge in Mongolia, which itself is foregrounded by chimneys puffing poisonous smoke into a charcoal sky.

This lake is a real part of the landscape on Earth right now and it has resulted purely from our obsession with consumer electronics. With that in mind, Ob Rey’s stark visions of a future wasteland inhabited only by VHS monsters doesn’t seem so wildly fictional after all.

You can see “V” HS Project in its entirety on Ob Rey’s website. 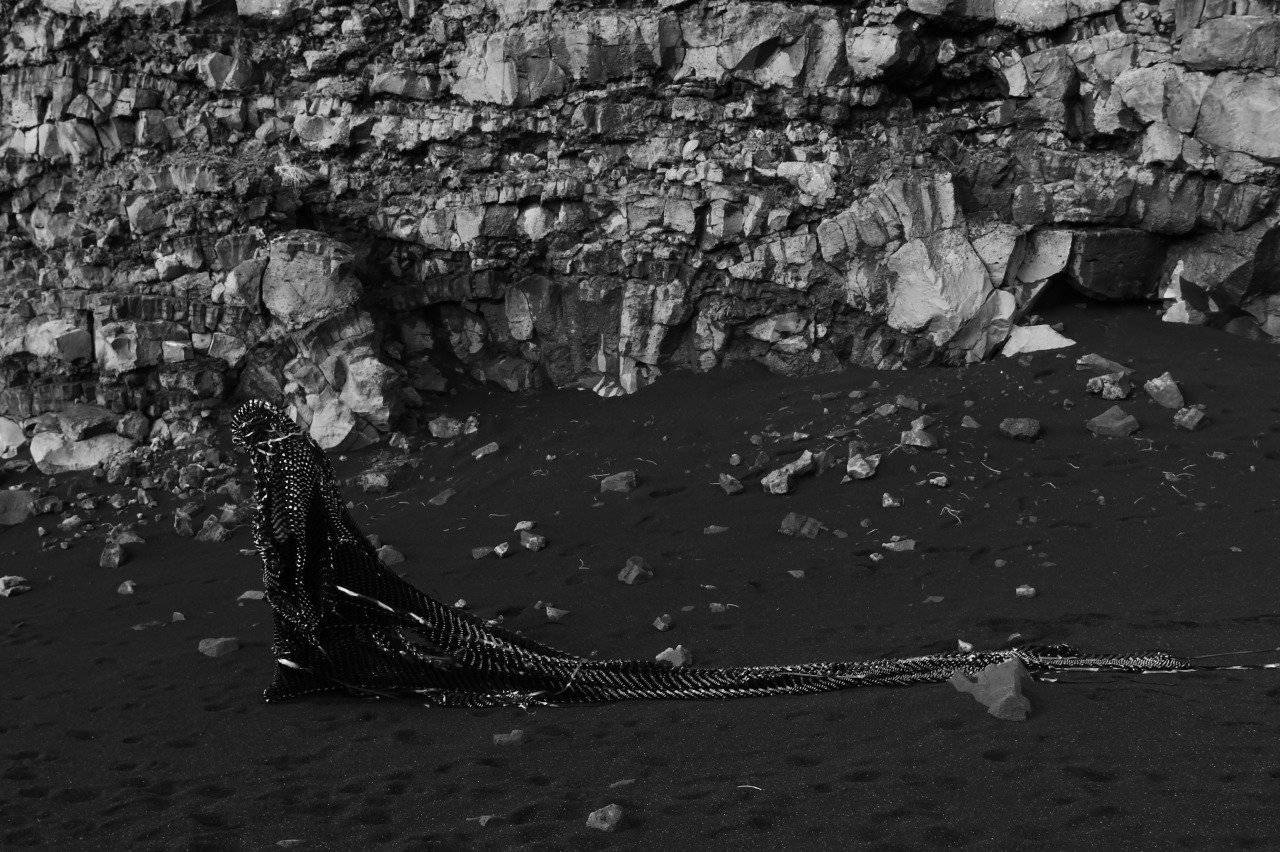 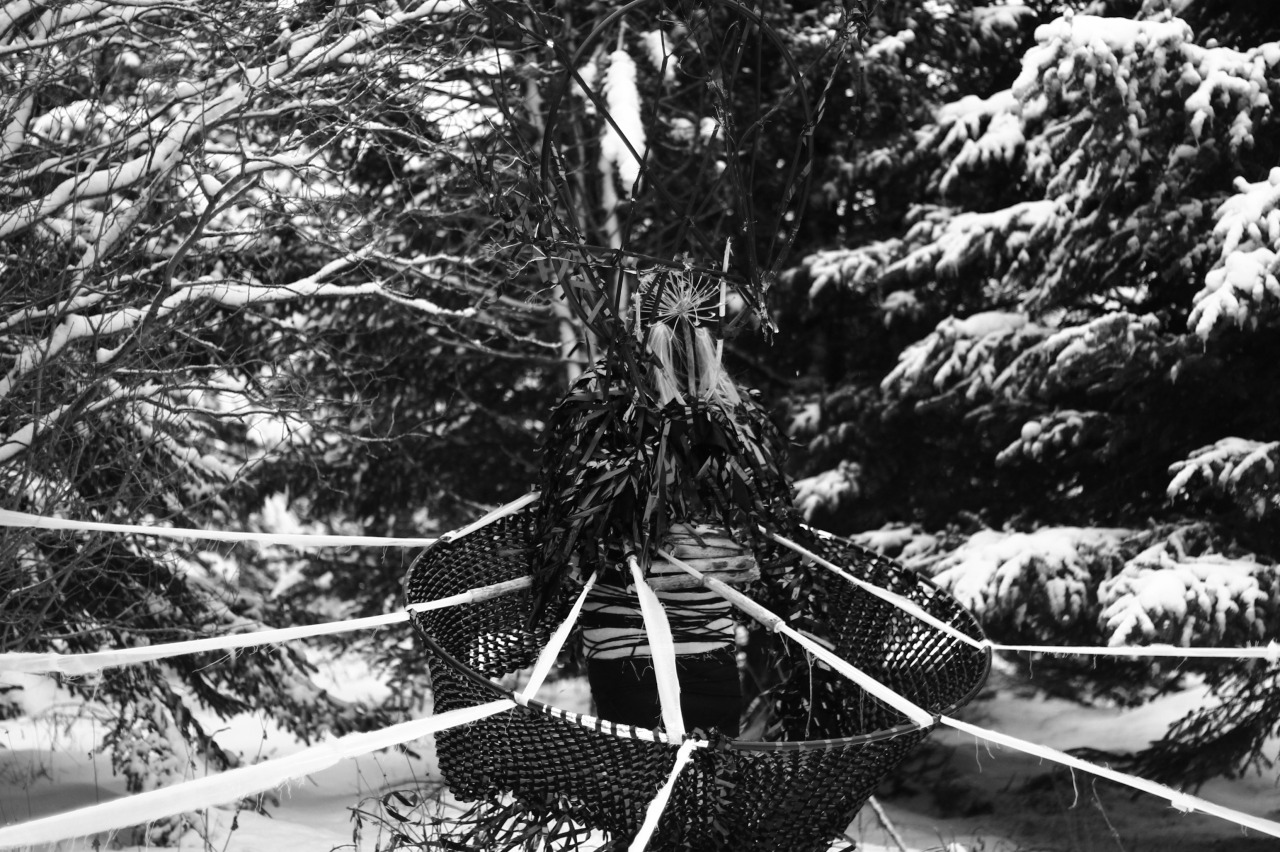 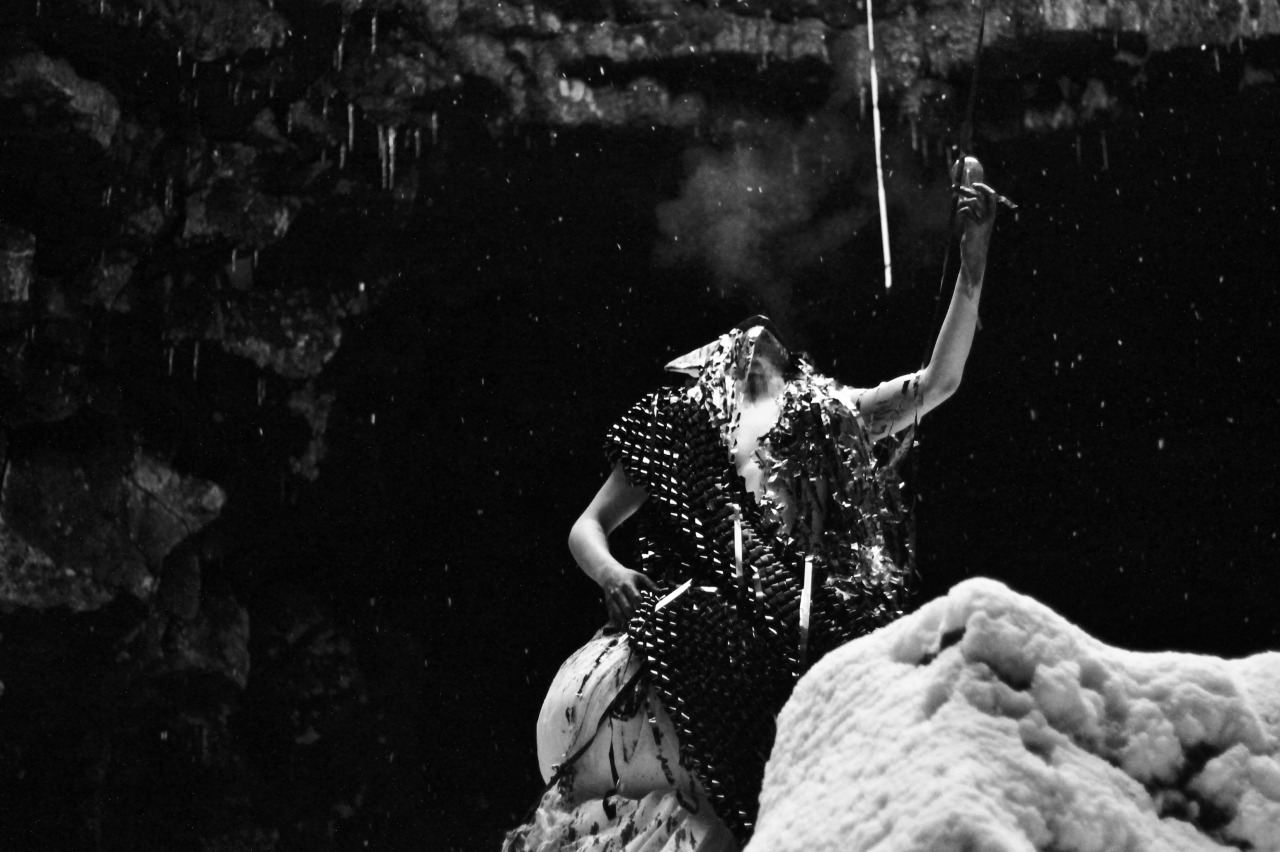 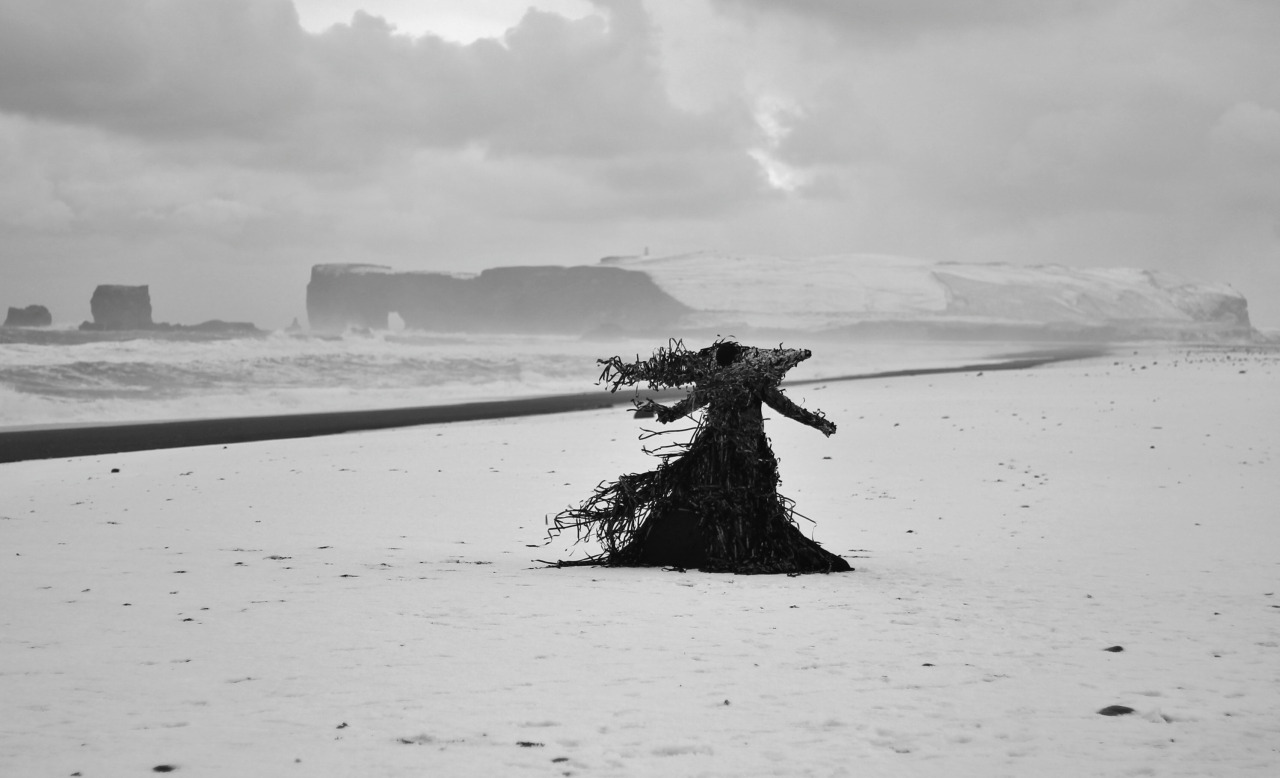 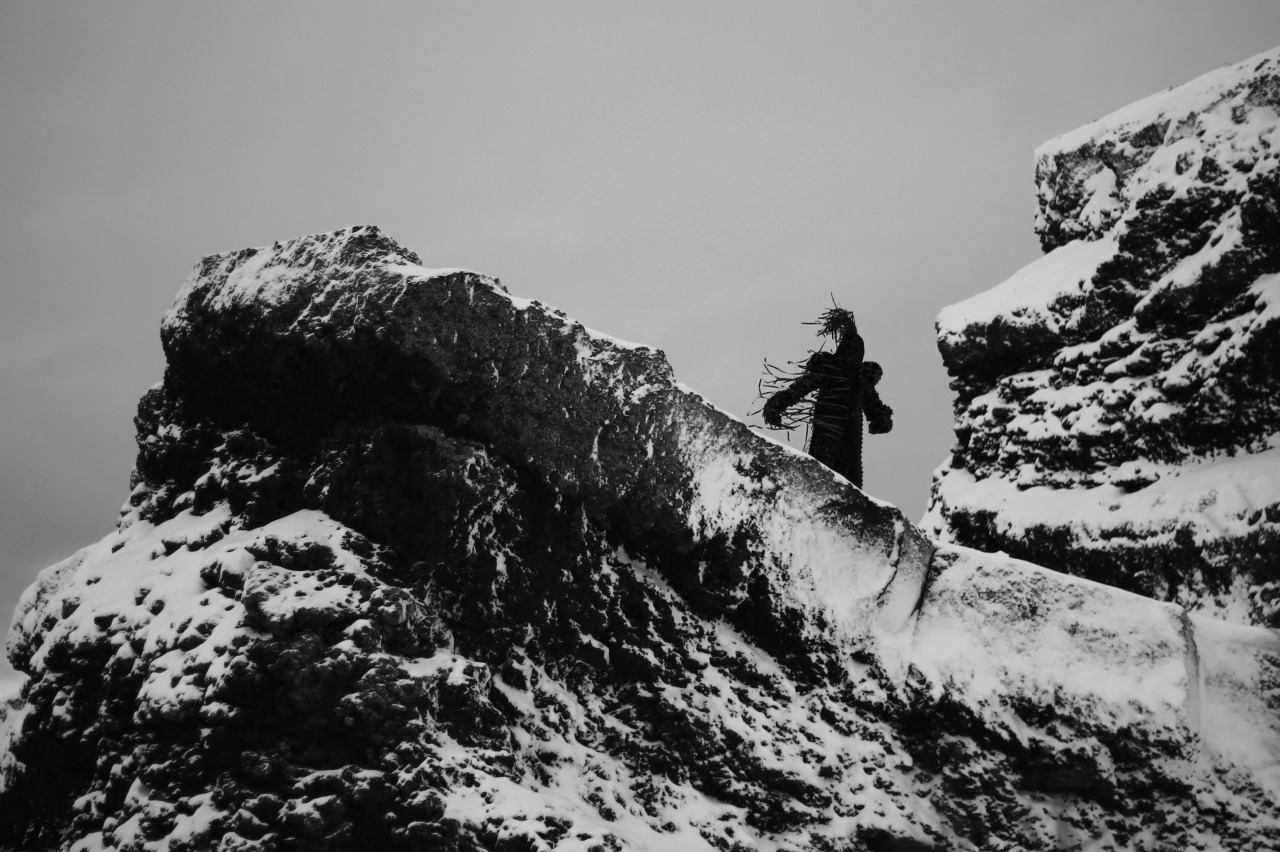