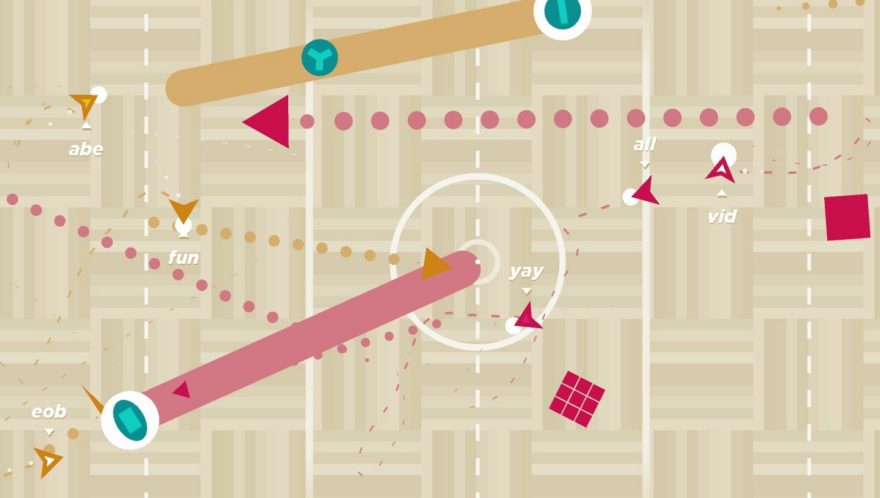 I didn’t know what a metagame was until I got to college, but I didn’t really need to. Playing multiplayer games on the couch with my cousins, we’d concoct all sorts of techniques and strategies that weren’t explicitly outlined in the manuals. In Worms 2 (1997), we all fought against each other using only a couple of choice weapons, despite the game’s massive arsenal: the Holy Hand Grenade was devastating and hilarious, the Super Sheep offered range and control, and the Ninja Rope gave us all the mobility we wanted. This is probably not the competitive Worms 2 metagame (I’ve never actually seen it played at a high level) but it was ours, and before high-speed internet and esports, all the game knowledge we could possibly need could be found there, taking turns at the computer desk.

Smash cut to 2016 and metagame is everything. You can’t just be good at Super Smash Bros. or League of Legends (2009), you have to be part of the community. You can’t just teach yourself the basics, you have to watch YouTube tutorials and learn L-cancels, wavedashes, bunny hops, orbwalks, etc. There’s no doubt that meta-techniques add depth and longevity to multiplayer videogames, but it feels like we’re giving up something in exchange—it’s like we’re always playing on a national stage, and there’s simply no such thing as a couch metagame anymore.

Videoball is a new game from Action Button and Iron Galaxy Studio that tries its hardest to bring us back to those days when mechanics weren’t set in stone and optimal strategies didn’t dictate every single move. As a sort of 2D mashup between Asteroids (1979) and Rocket League (2015), Videoball pits teams of triangle-shaped players against one another on a rectangular field, and asks them to shoot projectiles at the ball until it goes into the opponent’s goal. It’s easy to pick up, and Action Button’s clean design aesthetic makes all of the action easy to parse from a visual standpoint.

As tends to be the case with these easy-to-learn multiplayer games, Videoball features a slew of details that gives it a tough-to-master, rock-paper-scissors-style moveset. A light shot won’t move the ball much, but it’s great for distracting an enemy or firing down their projectiles. A medium shot (my preferred projectile) will carry the ball for as long as its triangular physics will allow, but since the ball will eventually glance off one side of the projectile, only a direct hit will reward the player with any significant distance. Finally, there’s the full charge shot, which can fire the ball clear across the map but can be very easily deflected—even by a light attack. Players can also leave square-shaped barriers on the map for defense, which only disappear when another player destroys it with projectiles.

This setup is ripe for technical experimentation, and it heavily rewards strategic thinking that goes beyond the prescribed mechanics. Most of the time, it seems like Videoball’s prime concern is to inspire its own brand of DIY metagaming. Playing against CPU-controlled opponents named “Lefty” and “Righty” helps teach the basics of zone control. Similarly, playing against a CPU team comprising “Tippy” and “Toppy” helps teach the player about how to counter rudimentary teamwork, like when one teammate constantly tips the ball to the player on the top side of the map.

Beyond the cutely-named AI opponents, Videoball emanates this sense of delight that helps encourage the sharing of mechanics and experiences and strategies. The game actually gives players a good start toward this end by imbuing each of its basic moves with specific names. Shooting the opponent is referred to as a “tackle,” for instance, while hitting a projectile is called an “intercept.” Medium-charged shots are referred to as “drives”, while fully-charged projectiles take on the loving title of “dunks.” Each technique has a different use, and just as it is in many other competitive games, the best players will be able to use each of these movements optimally for a given situation.

In my time playing Videoball, I came up with a few moves myself. There’s the “Drift Shot,” which  uses my avatar’s slip-slidey momentum to drift toward one side of the ball while angling my projectiles toward the enemy goal. Then there’s “The Turnaround,” where I run away from an oncoming ball while charging up a shot, then quickly turn around and send it flying toward my enemy. I’ve also got the “Slide Drive,” where I put the ball up against the wall of the arena and angle my medium-charged projectile in such a way that it perfectly carries the ball all the way to the enemy’s goal. There are hundreds of little techniques like these that I might have picked up on, and I probably would have given stupid names to all of them.

Videoball wants to give players the tools they need to develop and share their unique playstyles, but as an online-enabled game, this is a herculean task. Give the game two months, and players will undoubtedly come up with a definitive nomenclature for the advanced movesets. A search for “Videoball Tutorial” will yield thousands of YouTube results. And we will all get our asses handed to us whenever we play online.

But in a noble effort, Videoball does things to try and counter this. First off, the game comes with 35 maps, which allows for more customizable matches and allows players to avoid the tyranny of standardization. When you bring the available gameplay modifiers into the equation, Videoball does a lot to reinforce the idea that there’s no “right” way to play. Another way Videoball fights off Big Meta is by supporting local cooperative play, which gives couch-sharers more stuff to do when they get tired of playing against each other. Finally, everything about Videoball just feels like it’s trying to knock down barriers to entry by way of art and design. Its interface is bubbly and peaceful and covered in gradients. Its mechanics are simple. Its music reminds me of Japanese arcade games from the ‘90s. And while it can sometimes look like Videoball is trying a bit too hard (its voiceover work can be a little on-the-nose), it’s all in service of making the game more accessible.

Something interesting happens when you excise the concept of a national meta from a multiplayer videogame: you tap into a sense of shared competition that hasn’t really existed since the birth of broadband internet connections. Under the etiquette of shared play, everyone must act like the game does not exist outside of the couch. The whole experience transforms into this pared-down, basic competition to see whose talent grows faster when given the exact same timeframe to improve. You’re no longer pulling from an experience pool of days, but of hours. And honestly, if we’re sitting down on the couch next to each other, I have pretty much no interest in pitting your 30 hours of experience against my zero. Practice is for tryhards, and Videoball’s greatest strength is that it understands the value of isolated, localized competition.