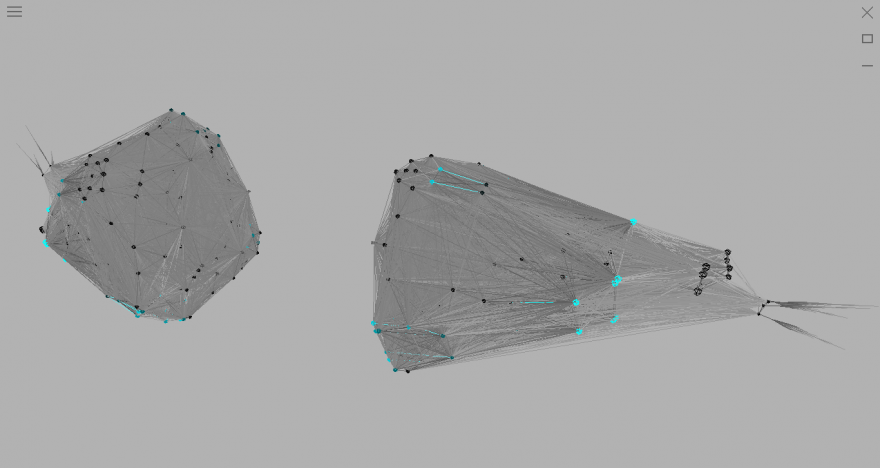 “It took 4400 million years for the first life to appear on Earth,” is the opening line to the website for HOUND, a recently announced game project by its 18-year-old solo creator, Nikita Shesterin. And if, on reading that, you just thought, “hang on… that’s not right,” then Shesterin believes you’re the right audience for his game.

HOUND hands you a universe replete with evolving creatures and ecosystem, and then gives you the controls to fiddle. You can create a physical model, perhaps of something as simple as bacteria, and then watch it evolve into a variety of new species—billions of years of evolution in a matter of minutes. An easy comparison would be with Millennium Interactive’s artificial life videogame series, Creatures, though Liam Esler, who managed Creatures’ community and was involved in its modding scene, thinks this a false comparison. “As much as Creatures is about the science, the series was much more about empathy and relationships—creating a bond between player and artificial life, exploring the idea of what it means to be ‘alive’,” he says.

create things that no one has seen before

HOUND‘s is an eerie, minimalist world filled with Karl Sims-esque creatures scampering and flapping beautifully through the environment before something with a mouth inevitably swoops in to extract their resources. This is a world for players who like to explore the boundaries of systems, and to create things that no one has seen before. Speaking of Karl Sims, who used evolutionary algorithms to generate walking and swimming movements for arbitrary shapes, his work was “an initial inspiration” for Shesterin: “[his work showed] that what I was starting had successful analogs and was technically possible.”

Simulating a universe might sound an ambitious project, especially given that this is his first videogame, but Shesterin describes it as inevitable; “all of it started small, with a simple self-learning robot that was supposed to analyze the environment and develop new systems of walking,” he says. “At that point I knew almost nothing about artificial intelligence and had only basic programming knowledge, but I had lots of ideas. From that moment I started to add new things, to test those ideas and learn in turn.”

Those ideas extend even beyond the game. HOUND is a small chunk of a larger project, the goals of which Shesterin remains coy about. “[Not wanting to be] too vague, it is intended to develop a neural network of high organization which will be able to efficiently improve itself,” he sort-of explains. “For now, I am focused on building a foundation for future research.”

A free PC demo of HOUND is available now. It is purely a sandbox demonstration of the game’s systems, though Shesterin talks of adding game mechanics for the final release aimed for September. “If it sticks, and becomes popular, I well expand it to a full campaign mode,” he says. If everything does go to plan for Shesterin, who finished high school early and is hoping to generate money from the game’s sales to fund college, an Indiegogo campaign for HOUND will be launched in mid-May.

You can find out more about HOUND on its official website.