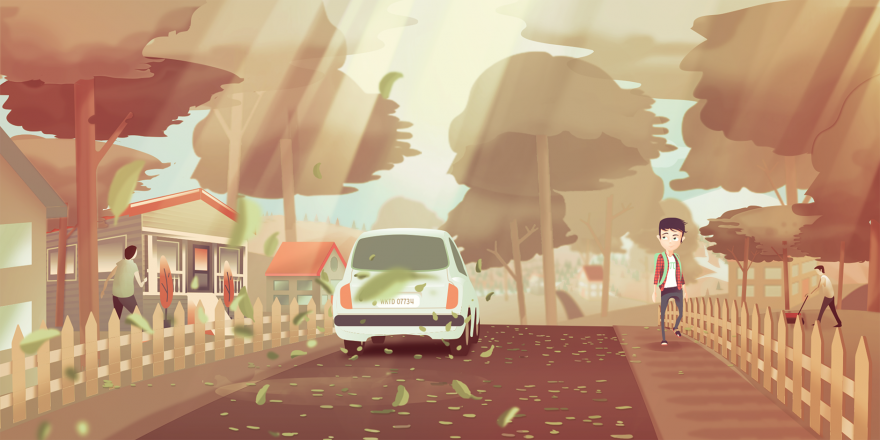 Chirag Chopra, the founder of New Delhi-based game studio Lucid Labs, got interested in finding out more about Asperger syndrome after watching a few movies about it, including Fly Away (2011) and A Brilliant Young Mind (2014). After doing research into the subject, Chopra decided that he wanted to make a game with a protagonist who has Asperger syndrome in order to, like those films, show that people with it lead lives like everyone else.

This is true in many cases: Asperger syndrome isn’t an illness or disease, it means that a person sees and experiences the world slightly differently to other people, which becomes a crucial part of their identity as it sticks with them for life. While Asperger syndrome does fall onto the autism spectrum, it only means that some individuals will need a little more support in some areas, whether that be in processing language or in specific learning scenarios.

It also tends to be the case that a person with Asperger syndrome has either average or above average intelligence. Chopra wants to show this “smart side to the world and bust a few myths around the whole disorder.” In the game, a point-and-click adventure titled That Little Star, you’ll play as a 12-year-old boy who has been diagnosed with mild Asperger’s called Edward. The plot kicks off after Edward witnesses the death of someone close, which triggers him to investigate into the truth of the matter while dealing with his social anxieties. The effects of Asperger’s syndrome show up in the game during conversations when Edward tries to remain calm but the anxiety of the situation can lead him to do actions that oppose what he actually wanted to do.

Chopra told me that he chose to have Edward investigate a death (or potential “murder”) to show that he and other people with Asperger’s aren’t any less capable of dealing with such scenarios. “I think the more we try and form a barrier between normal human beings and Aspies, the worse it gets and doesn’t help them in any way,” Chopra said. “I strongly believe every Aspie has single or multiple things they are really good at and if they get good support, there’s no stopping them even with all the taboos and nonsense surrounding the whole Asperger’s syndrome.”

That Little Star will be the second game that Chopra and his team at Lucid Labs have weaved a story based in real-life scenarios into a videogame format. The team’s previous game, Stay, Mum, is a puzzle game for mobile about a young boy who deals with his mom’s absence as she works tirelessly to support the family. The player helps the boy play with building blocks, stacking them up to form different shapes that fuel his imagination.

That Little Star is coming to PC in mid-2017. You can look out for updates on the game on the Lucid Labs website.