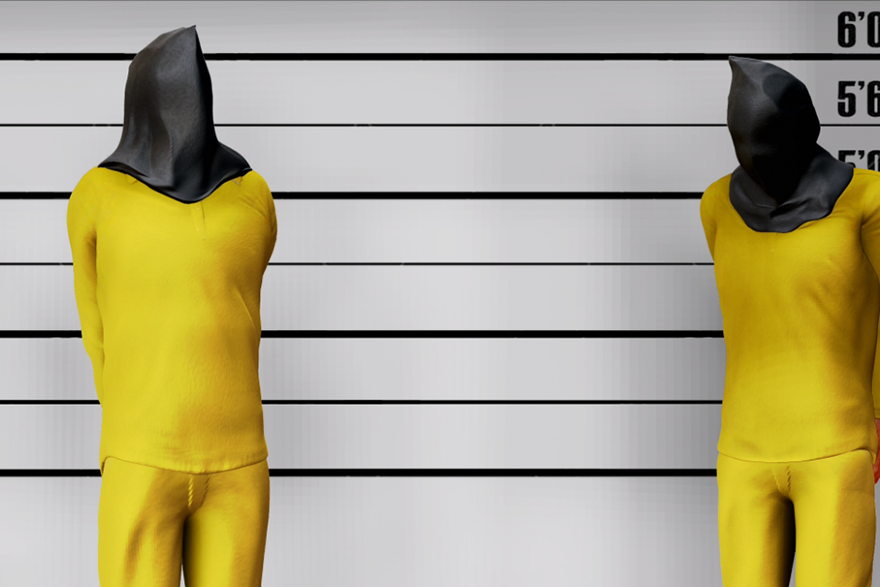 Kaveh Waddell over at The Atlantic had the opportunity to interview the Pittsburgh-based designers working on a game that takes place in the infamous prison site of Camp Bucca, known for incubating a group of fighters who would later go on to form ISIS. According to the five designers (who remain anonymous because of the controversial nature of the game), the goal while designing this game is to give players the uncomfortable and up close experience of what occurred at the site.

The game doesn’t appear to have an official title, but is referred to many times as simply Camp Bucca. Still in development, it will have players assume the role of an American service member who is stationed at the Bucca detention center located in southeast Iraq. Throughout the game, players interact with prisoners dressed in yellow jumpsuits with the occasional black hood draped over their head to mask their faces.

Players will also be tasked with interrogating the prisoners—choosing methods of torture that range from waterboarding and electrocution to draw information from them. If the interrogation goes too far it will be possible to kill the prisoner. Players also have the assignment of moving prisoners around the camp, arranging them in cell blocks throughout the area. The developers relied on allegations of prisoner abuse in archived news articles and a leaked Red Cross report to guide their game design.

There is no video footage, extra screenshots, or further information on the game save for the content given to Waddell by the anonymous designers. It’s hard to have an informed opinion of Camp Bucca at this point. Torture has been used as a game mechanic in previous titles, but placing this in context of real-world events that are incredibly relevant is a bold move.

Making such a heavy statement about abuse and violence through an interactive medium like videogames may provide an experience that can’t be achieved anywhere else. But time will tell how this game is going to be received by the public. A lot of developers have tried (and failed) to explore violence and it will be interesting to see how Camp Bucca handles it.

To read Waddell’s interview at The Atlantic click here.