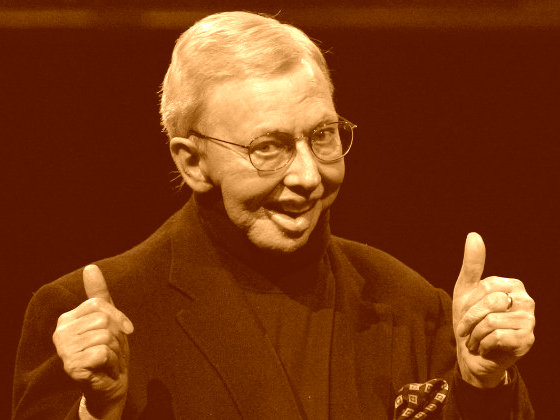 Over the past week, two events, one major and one relatively small, made me think long and hard about videogames, criticism, and Metacritic.

First, the small. Last week in San Francisco, a professor from Full Sail University presented a study that claimed that Metacritic, the prominent online review aggregator, weighted it’s rankings. This meant, to put it bluntly, that it liked the reviews of some outlets more than others. Soon, the news made the rounds in the blogosphere, stirring the proverbial pot.

Then, yesterday, the esteemed film critic Roger Ebert sadly passed on. Late in life, Ebert had become an antagonist to gamers by adamantly insisting that games could never attain the same cachet as film–but that’s not important. What’s relevant here is that Roger Ebert was everything that Metacritic is not: a knowledgeable, personable, celebrated, lifelong critic.

Roger Ebert was everything that Metacritic is not: a knowledgeable, personable, celebrated, lifelong critic.

In his obituary, The Times called Ebert “a critic for the common man,” but a prevalent attitude since the common man has gotten his mitts on the Web has been “Pssh, who needs critics? We’re the common man!” It’s this attitude that has positioned Metacritic as “”the”” predominant game review site, one that can hoist up or tumble shares on Wall Street, determine if developers get hired or fired, and that ultimately decides what kinds of games get made. All this flows from a database that simply adds together everyone’s opinion and gives us a nice, quantifiable round number.

But, wait… shouldn’t it be? The influx of review scores that wash up from the net on Metacritic is high, and clearly some of them are flotsam. Shouldn’t a site with a reputation for quality reviews tower above another whose page is plastered with ads for the game they are reviewing? That is a discretion we lose out on in the “”nom de plume”” of impartiality and fairness.

Shouldn’t a site with a reputation for quality reviews tower above another whose page is plastered with ads for the game they are reviewing?

The process that’s used devalues not only criticism but the critic. A point that stood out to me at the Full Sail G.D.C. session, but that not many others picked up, was that Metacritic doesn’t consider the clout of individual critics when weighting their average. The result is that a wet-behind-the-ears intern at an established outlet has as much pull as the best reviewer on staff. Again, it’s emblematic of this attitude that everyone’s opinion is equal and valid, if we only add them all up.

That said, it’s a little dramatic for me to dismiss Metacritic’s system as outright broken. After all, the games that earn the highest scores there are, for the most part, very good games. The problem is, the scores of games that are generally liked become universally acclaimed (Halo 3, Grand Theft Auto 4). Games that are divisive, but genuinely loved (Spec Ops, Far Cry 2, Deadly Premonition, Metro 2033), suffer. Though controversial works in other media don’t fare well on Metacritic’s scale [Scott Walker’s Bish Bosch (78), Wes Anderson’s The Royal Tenenbaums (75)], it’s lucky for them that the good word of a tasteful critic trumps the cold facts of an aggregated average.

Meanwhile, those of us who love videogames get caught in this ridiculous bind where numbers have a huge say in what get made and played. To get a feel for how ridiculous this really is, just imagine if the great works of Western literature were thought of in this way: Would Moby Dick be a 94 or a 96, and is it better than The Brothers Karamazov? And, on that note, would have Dostoyevsky even been given the green light to write it, because, you know, The Adolescent wasn’t so hot?

It’s too bad Roger isn’t here to weigh in.