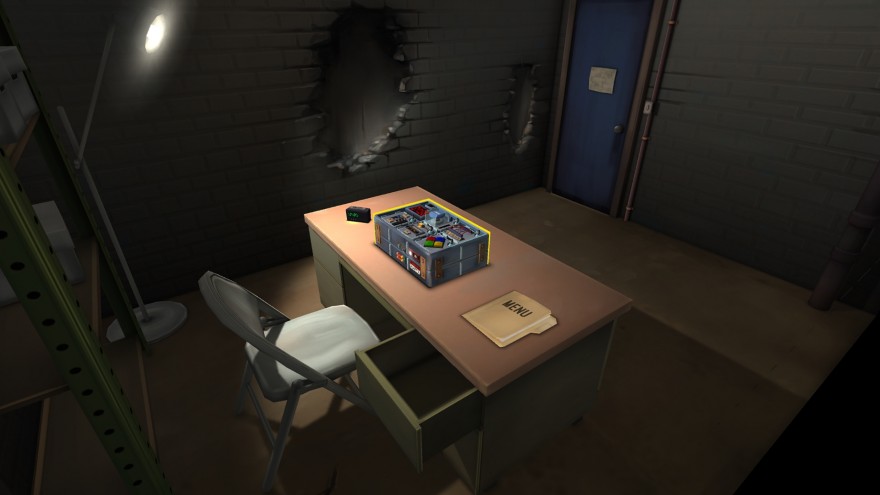 Keep Talking and Nobody Explodes is not interested in simplifying this task. Developed by Ottawa’s Steel Crate Games, it layers wrinkle upon wrinkle, making the task of defusing quite the challenge. You play in a group: one player can see the virtual bomb, the other(s) can see the instruction manual for defusing the damn thing. Everyone has to work together to ensure a satisfactory outcome. For good measure, the clock is ticking, because there’s nothing that fiction likes quite like the ticking time bomb scenario.

In July, Keep Talking and Nobody Explodes was released for Samsung’s Gear VR headset. As with Taphobos, it used the headset to generate an immersive experience (duh!) but also to separate the players. The player looking at the bomb really is in another world and can see things their teammate can’t. This distancing effect may be a more powerful use of VR than the more heavily hyped immersive component.

Keep Talking and Nobody Explodes is now available for any PC users, which raises the question of how well the underlying challenge can work without one player having their face swallowed by a pricey piece of kit. Well, the game remains plenty challenging. As always, its bomb puzzles are procedurally generated, so players are likely to be exploring new ground. Even if they are not completely cut off from one another, they should be sufficiently focused on the task at hand.

more than enough tension to go around.

This approach to suspense has a long history. The tabletop game Battle Ship derived its tension from the fact that each player could not see what the other was looking at. Players competed instead of working together, but the underlying suspense was still a product of what they did not know. More recently, We Are Muësli’s We’ll Meet Again asked two players to work together to solve puzzles using the information on their respective screens. Keep Talking and Nobody Explodes takes one of those screens and replaces it with a manual of sorts. There’s still more than enough tension to go around. Even without VR, any experience can be immersive if it’s sufficiently compelling. Defusing a bomb sure passes that test.