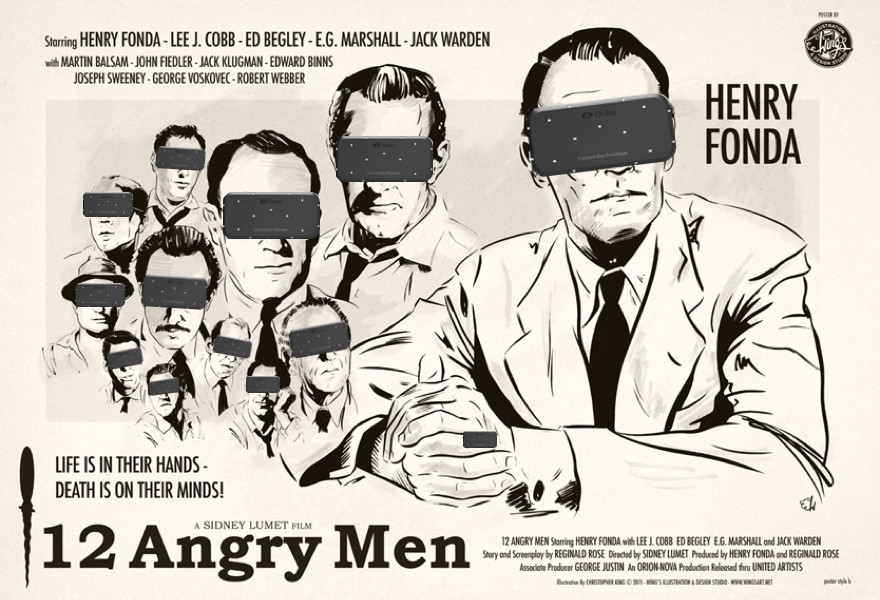 Most people do not want to be picked for jury duty. You have to take time off work. You’re made to sit around for hours. Wouldn’t it be better if jury duty consisted of exploring Link’s childhood village from Ocarina of Time in virtual reality?

Jury duty is unlikely to ever boil down to playing videogames.

Although jury duty is unlikely to ever boil down to playing videogames, that fantasy isn’t entirely off base. Virtual reality may be coming to courtrooms in the near(ish) future. Swiss researchers, notes Citylab’s Laura Bliss, “published a paper and video examining the use of the Oculus Rift to explore 3D computer reconstructions of events and crime scenes discussed at trials.”

Reconstructions are already used in trials but they are more like guided tours. The angles that you can see (and pursue) are all proscribed. This, according to Lars Ebert, one of the Swiss researchers, is a major drawback. Bliss cites him as saying:

Usually, [when you’re trying to determine what happened], the questions are 3D questions: Could this person really have seen this other person? Where did this bullet fly from? What was the impact angle of the car? These are 3D questions, but the evidence and reconstruction of the evidence is usually presented in 2D, on paper or screens. It always comes with loss of information, which makes it difficult to assess what actually happened.

It’s worth noting that videogames have previously brought members of the public into the courtroom. Capcom’s Ace Attorney series, for instance, casts the player as a defense attorney navigating the Japanese criminal justice system. Likewise, They Call Me Rump revisits the classic fable Rumpelstiltskin by putting you in the shoes of a lawyer in a custody dispute. To an extent VR in the courtroom would bring this dynamic full circle: Simulation would now be in the courtroom instead of being of it.

The real cultural reference point for jury duty VR simulation, however, does not come from videogames that simulate the work of lawyers. Rather, it comes from true crime series like Serial or The Jinx. These series aren’t about individual crimes so much as they are about laypeople’s obsessions with crimes and their ability to find new angles. For better or for worse, courtroom simulations are largely designed to avoid this sort of outcome. They direct your attention and do not allow for derogation.

Examining a crime scene using a VR headset, however, would introduce a degree of freedom to the proceedings. Sure, you could only see what’s in the simulation, but at least you could look around a bit. Think of it as the free play movement of courtroom simulations. If the last six months of pop culture have proven anything, it’s that we can easily be immersed in crimes.