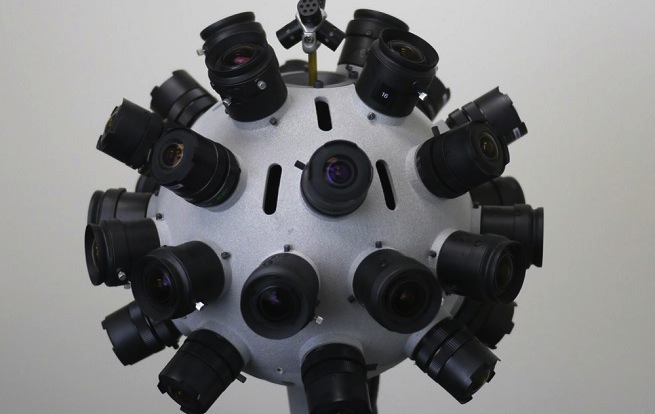 Gravity—the multi-Oscar winning movie, not the physical force—was a visual showcase that engaged your senses in the way only the absoluteness of space could. A film like that in virtual reality, where you could turn your head to see in 360 degrees, could be downright panic-attack-inducing.

At least that is the bet of the startup Jaunt, a production company dedicated to bringing virtual reality to film and television. The company intends to show the tech’s potential outside the realm of space shooters and strange art projects. They’ve developed a hovering camera that looks like an an all-seeing disco ball to shoot footage compatible with Oculus and other headsets.

Of course, there are some big unanswered questions, like how practical watching a movie in virtual reality really is. Games make sense, because you’re moving around and interacting with stuff in 3D space. But does anybody really want to stand and spin around through a feature film? The way this works in Zero Point, another virtual reality film project, is that you sit in a chair and watch a movie with a slightly larger viewing field, kind of like a home IMAX theater. Needless to say, this would be perfect for a home viewing of Gravity, which was best seen in IMAX.

But that still doesn’t answer how I will eat popcorn in a face mask.