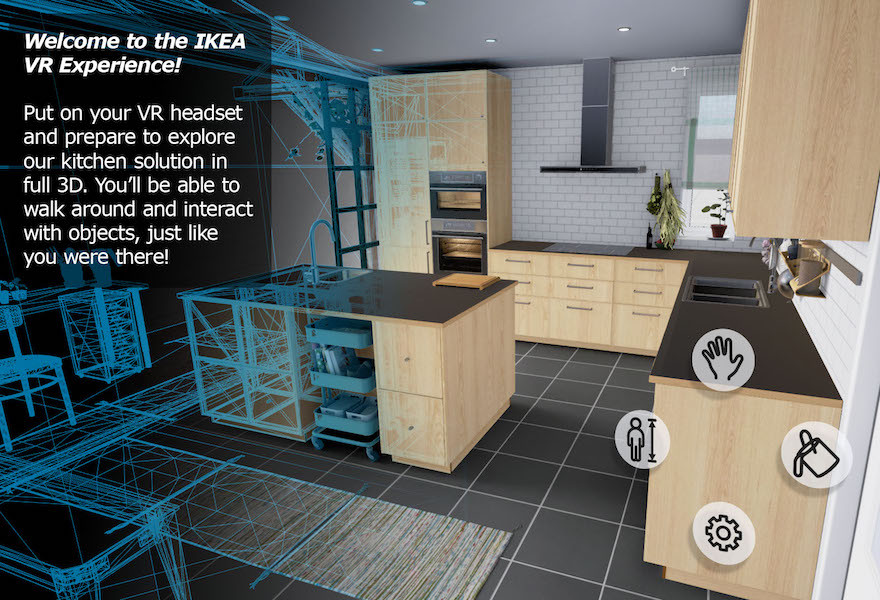 How much are you willing to pay to be a loyal customer? For me, it’s $100. I pay Amazon $100 a year so that I can buy things from them without feeling guilty about paying for shipping at checkout. I haven’t actually taken the time to do the math and figure out if this is saving me money in the long run—I have a sneaking suspicion that I won’t like the answer—but it makes me feel better about using their service. If a Prime membership cost $700 instead of $100, though, I’d be having second thoughts.

Which is to say, I suppose it was inevitable that commercial upheaval would come to virtual reality. It’s already come to beautiful anime people and twee new-age “museums,” after all. But at least Square Enix doesn’t make customers own expensive hardware to watch Lightning from Final Fantasy rock a pink Louis Vuitton leather jacket (WANT, by the way). For those willing to go in on a virtual reality headset, though, #brands are plenty happy to supply new, #immersive ways to buy their products.


Take Japanese fashion house Chloma, for instance, which is teaming up with VR developers Psychic VR Lab to bring their customers a new virtual storefront named STYLY VR. The app uses 3D scanning technology to simulate Chloma’s clothes in virtual reality, allowing users to preview what their collection looks like in greater detail than offered by 2D photos and even letting them buy any clothes they might like straight from the app. It’s a simple idea, and for me, at least, it fulfills a purpose. As much as I enjoy shopping without having to leave my couch, I’m always hesitant to purchase clothes online, since I worry that I can’t quite get a good idea of what they might look like on me without seeing them in person. And while virtual reality isn’t quite at the point where it can allow users to try on clothes yet, being able to handle a new top with my own weird wireframe hands before buying it might make me feel better about taking the online clothes shopping plunge. According to its website, STYLY VR will work with many different VR headsets, somewhat reducing the barrier-to-entry, but it seems to require motion controllers as well. Sorry, Google Cardboard users.

Meanwhile, Swedish furniture giant IKEA has gone in on a more expansive offering for any of its customers lucky enough to own an HTC Vive. Simply titled IKEA VR Experience, the app allows users to walk around a fully-furnished IKEA kitchen, open and close drawers, toss vegetable peelings in the garbage, and thanks to its multiple viewpoint options, apparently also “become a child again.” “This kitchen is very similar to a kitchen in the 2016 IKEA Catalogue,” writes IKEA. “Can you find it?” Unfortunately, since I don’t make a habit of collecting IKEA catalogues or own an HTC Vive, I’m sorry to say that I can’t. Still, virtual reality does seem a logical next step for IKEA, since its stores already feel like they transport you to an alternate reality, just one of newlywed disputes and surprisingly delicious meatballs rather than age-warping kitchens.

As with STYLY VR, these virtual showrooms do seem capable of serving a purpose beyond the novelty. Maybe, in the future, physical malls will go on the decline as VR-equipped shoppers enjoy the same experience from the comfort of their living rooms. As of now, though, VR is a new and expensive technology. While some early adopters have already purchased VR headsets for the purpose of playing games, it’s difficult to tell if the lifestyle market is willing to do the same. For the most loyal of customers—those willing to drop $700 on an HTC Vive to mimic the mall at home, or those who already own a Vive and also might find it fun to walk through a virtual catalogue—maybe this is true. For the rest of us couch-shoppers, though? Well, there’s still Amazon.