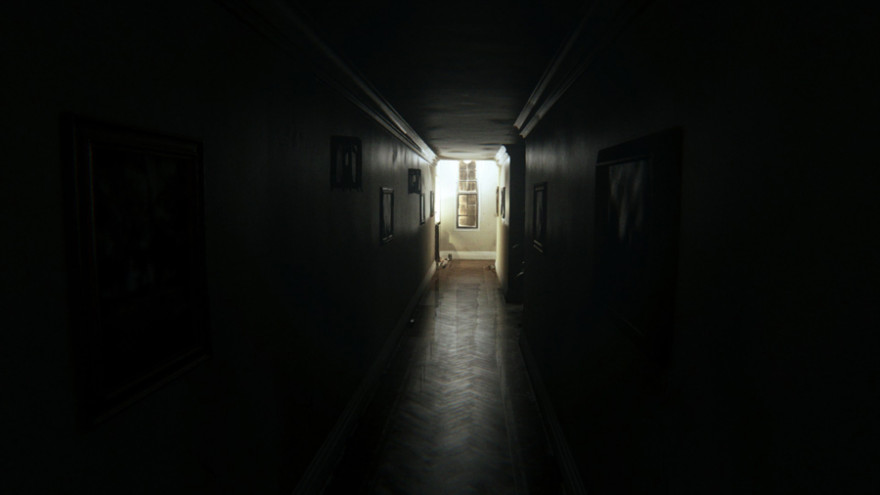 “Technology is neither good nor evil. The most we can say about it is this: It has come.” – Michael Harris

Over the past two weeks, thousands of players have jumped into Guillermo del Toro and Hideo Kojima’s trailer for the new Silent Hills. It is utterly terrifying and there is a baby laughing over a telephone. That’s pretty much all you need to know. If you’ve played any of the past Silent Hill games, nothing should be unfamiliar here.

This is exciting if you’re a fear buff, but if you’re like me, all I can’t think is “This is going to be in virtual reality someday isn’t it.”

And that’s what worries me. I hate scary games personally, but as we stumble into the world of VR, it’s become clear that the two main motivations for game designers have been nausea and fear. To terrify and repulse seems to be the best use cases that games can offer when presented with one of the most fascinating and captivating pieces of technology I’ve seen in a very long time.

Numerous examples have popped up over the past year of  VR’s obsession with fright. Roller coasters. An insane asylum. A child’s nightmare. What is your deepest darkest fear? There is a game designer somewhere making it.

That impulse was on full-display this summer at E3 when I took a demo of Sony’s new virtual reality headset. They walked me through a couple demos—I fired arrows at a dragon and street-luged underneath a moving truck at 70mph. But it was the final encounter with an enormous shark that left me shaken. You are alone at sea exploring a giant sunken ship from the safety of a diver’s cage. A shark approaches. One of the walls of the cage falls away. The shark circles and advances. I have a flare gun.  I am completely impotent and pray that in my days on this earth, this experience never happens to me. I am thinking, “Why on earth would anyone want to play this?”

Here’s the thing. As excited as the world of games is about the possibilities of virtual reality, they will have to, for the first time, reckon with a big question. It will not be “Why do I want to play this?” It will be “Why will I want to live this?”

Because if virtual reality, as it desires, wants to mimic real life, then we as game-playing audiences will only want to play things that we would want to do in real life. So many game experiences are frightening or martial by virtue of the fact that we experience them by proxy. In VR, “there is no need for a single metaphor,” as VR-godfather Jaron Lanier has said. That means that game designers will need to take responsibility for what they create, lest they make people actually uncomfortable about it. Game design becomes something new: moral design.

And I worry that games do not have the appropriate ethical facilities to deal with that newfound responsibility well. Ana Bjain, founder of the London-based design practice Superflux, “Design should be judged not only by the problems it solves, but by the problem it creates.”

And, oh the problems. Alfred Hitchcock famously said, “There is no terror in the bang, only in the anticipation of it.” But imagine if that anticipation could be accompanied by physical nausea. It’s called vestibular visual sickness, a.k.a. motion sickness. Actual honest-to-goodness sickness that virtual reality designers can invoke by doing things like making you move suddenly or not tethering you to the object in the world.

System designers will learn to make exquisite use of the fact that Oculus (plus other input devices) can convince our sensorimotor system that it is operating in the simulation world. Sure, we can deliver unusual and exciting experiences – via games, immersive cinema, and “courtside” views. But we can go much further in leveraging the quotidian spatiotemporal genius of the human brain. Beyond navigating the level of a FPS game, we can explore spaces defined by data streams and structures—i.e., constructs that have till now been too abstract for intuitive manipulation.

Cronin sees the possibilities beyond what we possibly have into realms of abstraction. This is obviously a huge boon, but again, to return Bjain’s words, will game designers do this, what ever this even is, responsibly? I’m not so sure.

The ones who will win will be the ones who create experiences that people desire in real life.

But here’s the bright side: for the first time in games’ history, there will be competition in a new field from other disciplines. Virtual reality represents the first time that visual effects artists, animators, filmmakers, dramaturgs and game designers will be on equal footing. And the ones who will win will be the ones who create experiences that people desire in real life. There’s a reason that haunted houses only show up once a year. We don’t really want to be frightened in real-life all that much.

But flying like a bird. Or a calming canoe ride down a creek. Touring the solar system. The experiences that games have generally failed to produce—these are the things that we will want in virtual reality, not fright or discomfort.

Neil deGrasse Tyson mused on his motivations for Cosmos, “If you think of feelings you have when you are awed by something, I call that a spiritual reaction, speaking of awe and majesty, where words fail you.” If games don’t aspire to the same level of speechlessness, others will take the medium’s place.