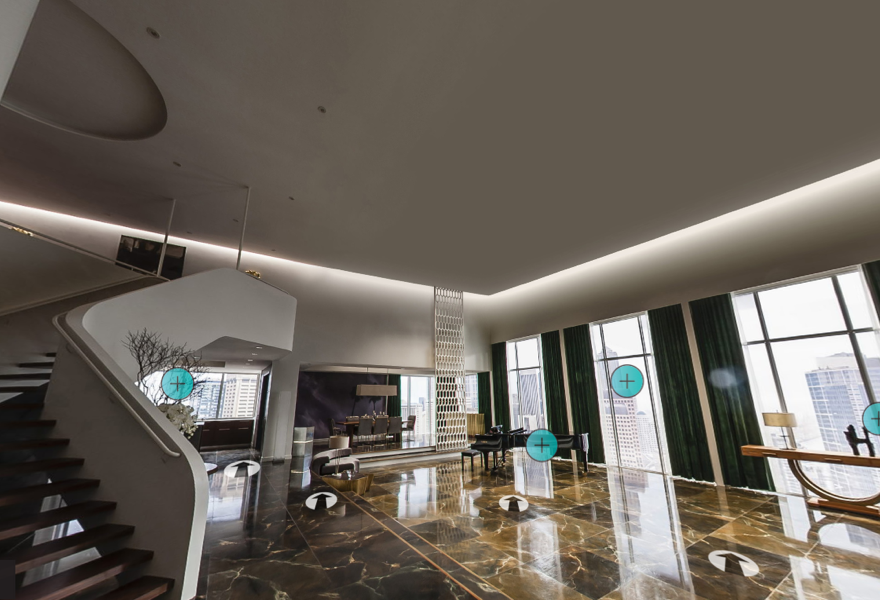 Christian Grey has 47 fewer facets than the title of the insanely-popular-book-cum-insanely-popular-movie Fifty Shades of Grey suggests. He’s a billionaire. He spends that money on all sorts of fancy objects. He claims to only enjoy kinky sex. That’s it. Move along, folks, there’s nothing to see here.

Sam Taylor-Johnson’s film adaptation of Fifty Shades of Grey cannot overcome Grey’s unrelenting beigeness; it is a dull movie about dull people having dull sex. In the early going, Christian Grey (Jamie Dornan: bored, possibly constipated) informs Anastasia Steele (Dakota Johnson: constantly biting her lip) that he “exercise[s] control in all thing.” He wants her to submit to his dominant ways. She wants a more traditional—and less abusive—romance. You can probably see where this is going. Insofar as Fifty Shades of Grey is a movie about reconciling sexual incompatibilities, it is more Freudian than it is kinky: Grey is anal retentive; Steele is orally fixated.

Supporting characters tend to steal the show in horrible movies. So it is with Fifty Shades of Grey, where Christian Grey’s penthouse is the most interesting part of the film. Freed from the obligation of reciting E.L. James’ turgid prose, the penthouse can effectively convey the story’s imbalances of power and wealth. Indeed, the best version of Fifty Shades of Grey is the virtual tour of chez Grey that Focus Features produced as a tie-in with the movie.

You enter Grey’s apartment by a private elevator. It feels more like an airlock. In order to leave the elevator, you have to sign a non-disclosure agreement, which feels rather coercive. I sign it and enter the home. (Christian, if you’re reading this, sue me.)

The Grey apartment is an intimidating space. You exit the elevator and step down into sunken living room. The ceilings are double-height. You can imagine your footsteps on his polished marble floors echoing through the cavernous open-plan living area. There’s a stairway–it looks like a cheap, domestic rip-off of Zaha Hadid’s Maxxi–leading to the upper level. From the lower floor, you can’t see what lies upstairs. The message here is clear: You are very small part of Christian Grey’s very big world.

You navigate this walkthrough by clicking arrows on the floor. They lead to strategically-chosen locations: rooms that show off the penthouse’s best angles. In any of these rooms you can click buttons that look not entirely unlike Viagra pills to learn about the objects in the Grey house. This navigation system gives the illusion of freedom but really you can only go where Mr. Grey wants you to go and see what he wants to see. The apartment initially appeals to you with its riches but comes to feel like a jail cell. You have a 360-degree view but your feet are chained to the ground.

Here are some details that are revealed by clicking the Viagra-buttons dotting the virtual tour: Christian Grey owns many Audis, Michael Joo’s “Improved Rack Moose #3” hangs in his living room, he owns a sculpture by Gerda Lattey and Farik Aldin entitled “Bronze Sculpture,” he keeps Vintage Brut Rosé and Sancerre in his wine fridge, he gets fresh flowers delivered every three days, and Gary Aylward’s “Inside the Reef” hangs over his bed. What does this accretion of luxury goods mean? Not much. Christian Grey is a rich man who owns many expensive things because he is rich. All of the objects in Christian Grey’s world are in their proper place and so are you, his little visitor.

It is unlikely that Focus Features intended to create a virtual tour that doubled-down on all the things that make Fifty Shades of Grey creepy. But the conventions and mechanics of the real estate tour make the oppressive qualities of the film’s spaces more apparent. In Taylor-Johnson’s film, the camera attempts to find some sort of intimacy in these spaces. In the virtual tour, they are empty and the camera you operate can take in the vast expanse you come up against.

There is only one room that you cannot access in this virtual tour: the Red (bondage) Room. The Red Room appears on the blueprint but, if you want to see it, you have to go see the film. But you shouldn’t see Fifty Shades of Grey and, once you’ve completed the virtual tour of Christian Grey’s apartment, you don’t need to. Having been dominated and put in your place by these bland spaces, you already know what would happen in the Red Room.