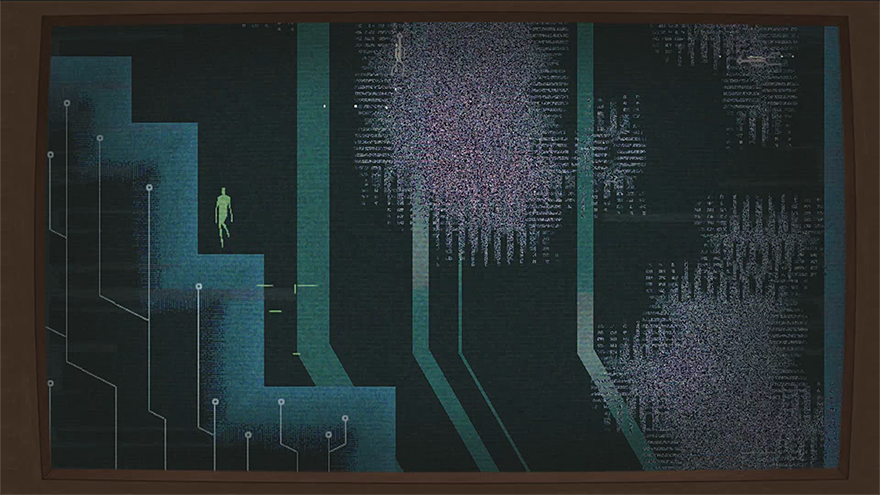 “They deserted us. You’re all that’s left.”

These are the words that echo through Visual Out, a Metroid-like platformer set inside the guts of a broken down, dying computer. Created by Ohio-based game maker MadameBerry, Visual Out has you play as an escaped program tasked with exploring different sections of the machine in hopes of finding out the secrets of your creator’s demise.

As the program, you can gain unique abilities and upgrades that will aide in exploration. You can manipulate the environment around you by controlling the flow of power, and roam around a mix of mechanical and digital landscapes, rendered with distinctive visual effects and simple pixel art.

exploring different sections of the machine

According to the itch.io page, the game began as an entry for Ludum Dare 31 where the theme was “Entire Game on One Screen.” After receiving positive feedback and re-designing the entry without the Ludum Dare requirements, MadameBerry began to reboot the project as a full game. In November 2015, a demo was released, although it’s out of date and still pre-alpha according to the website.

Patreon is being used to fund the game, with supporters able to access in-progress builds or help commission custom music and add extra features like more areas or abilities to uncover and unlock. Visual Out was also recently greenlit for Steam.