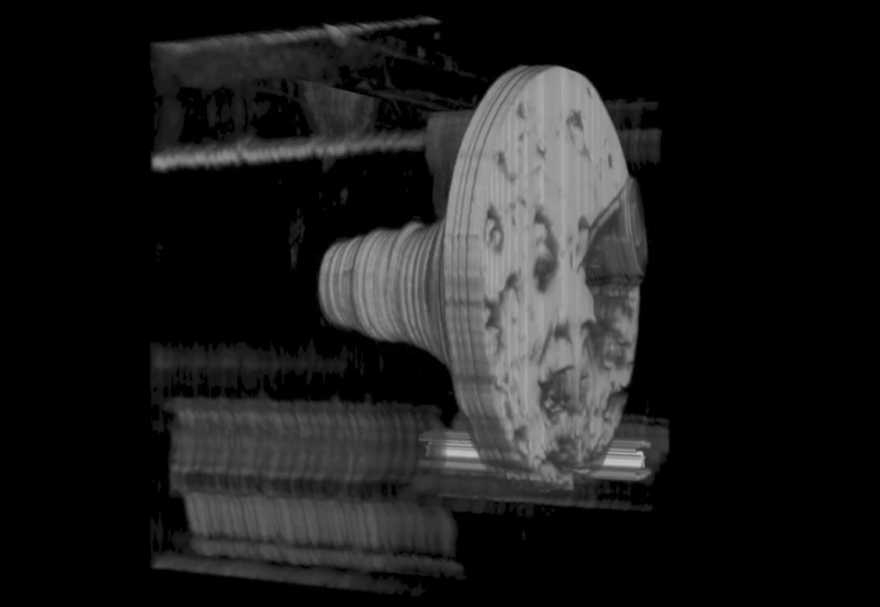 You do not need silly, disposable glasses or fancy headsets: multidimensional cinema—be it 3D or any other kind that goes beyond the normal two dimensions—has always existed. We’ve just been looking at it wrong.

We’ve been looking at film wrong.

In his video essay “Volumetric Cinema,” Queens College professor Kevin L. Ferguson suggests that the dominant paradigms for thinking about film—that the camera and screen are windows and/or frames—are far from exhaustive. Indeed, Ferguson suggests that film is a relatively malleable medium that can be used to track a variety of special and, crucially, temporal relationships.

You should set aside twenty minutes to watch Ferguson’s video essay, the entirety of which I cannot do justice here. Instead, let me simply highlight one interesting facet of his essay that, incidentally, is about facets. Ferguson volumizes cinema, making visible the dimension of time. Using ImageJ, an image-processing program more commonly associated with medical imaging, Ferguson turns frames into cubes, stacking them on top of one another so that when viewed from novel angles, one can visualize changes and movements over time.

What use does an explicit temporal axis—the z-depth to 2D space’s X and Y—serve? While volumetric cinema’s abstractions may be of limited use for close narrative analysis, viewing film in this manner can allow us to draw different sorts of conclusions. A “movie barcode,” which is basically every frame of a film placed side by side, shows the evolution of colours in a film and, with it, the breakdown of scenes. Similarly, Ferguson’s ImageJ visualizations provide a sense of how objects move through space as the camera twists around them. Tautological though it may seem, viewing film from different angles allows us to … well … appreciate its many angles.

Volumetric cinema also holds a shallower appeal. Namely, it can be quite captivating to look at microlamellar slices of a story stacked up together. The strange depth and sense of motion this creates is entrancing, even if it strips away much of film’s narrative potency. Indeed, this aesthetic has appeared in a number of art projects and installations. In the second season of Bryan Fuller’s Hannibal, for instance, slices of a corpse are displayed in giant microscope slides that have been erected in close proximity to one another. It’s humanity in serialized form and, considering how macabre it is, it’s also quite beautiful.

Similarly, for the New York City Ballet’s Art Series, Dustin Yellin created a series of installations wherein he painted on a number of glass slides and then stacked them together. The results, like Ferguson’s work, can be viewed from both the front, as a traditional composition, and from the side, as a wholly original angle. In that spirit, volumetric cinema is a way of looking at a medium’s artistic past while, at the same time, potentially creating a new art form.