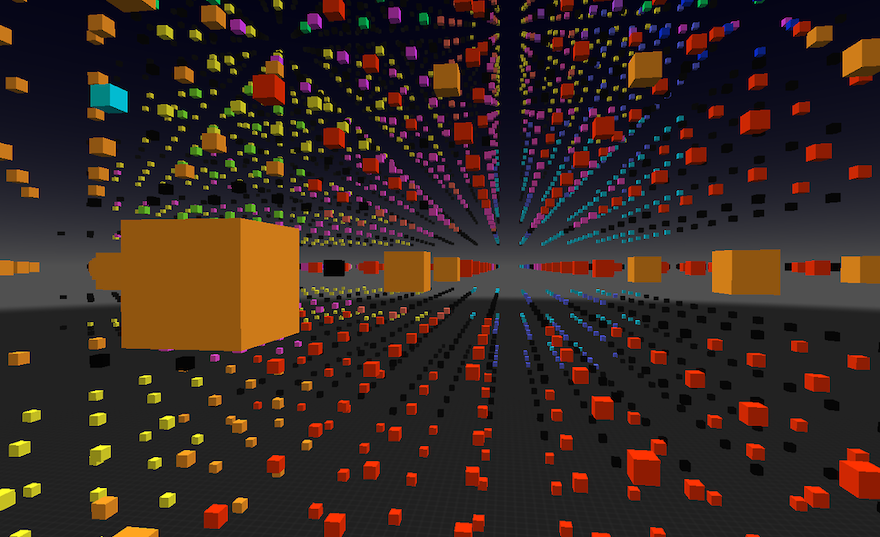 There was a very brief window of time, way back in the early 90s, when the future of 3D graphics was up for grabs and the voxel was a contender. Obviously, polygons blew them out of the water.

But CubeTeam—the multiplayer, browser-based voxel editor—lets you build and print via a 3D printer the cubist landscapes that might have existed if games were built of tiny cubes instead of tiny triangles.

Perhaps not surprisingly, they would probably look a lot like Minecraft, a game that doesn’t technically use voxels but achieves something similar visually. This gets very inside-baseball, but there are people out there who get very touchy over true voxels. Now the real technology can live in our cube-shaped hearts forever.

You can play with it here.