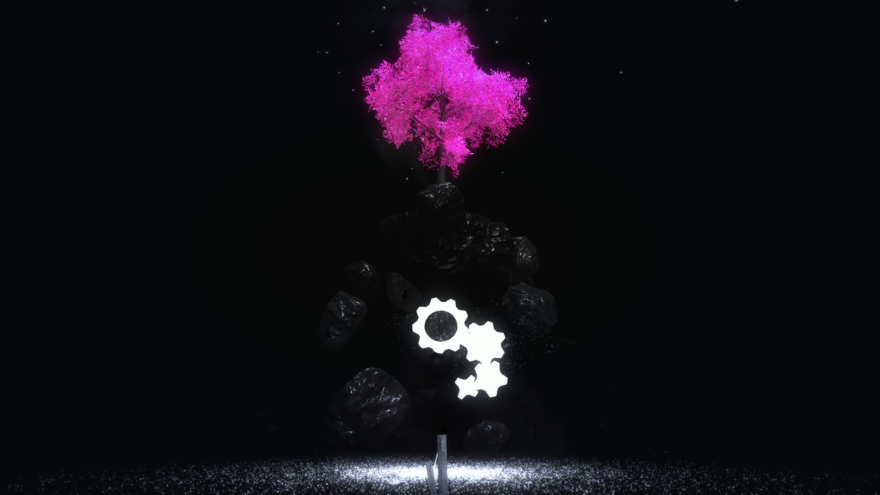 Memories and dreams often feel like a two-way street, with dreams distorting events from the past, as memories bleed into the surreal yet mundane exchanges from your unconscious. Memory and dreams share a crossroad with time and space, bending layers of human perception to invent a world with unique laws of nature.

Below is a conversation with Vladimir Kudelk, who has been occupying this space filled with endless possibilities and contradictions. It lead him to create Rememoried, a world where your main point of interaction is the ability to forget, while the walls perpetually shift and change around you. As the player, finding a surface is your only goal, as you climb the dream/memoryscape using whatever tools available to you (which range from flying to walking).

I think the concept formed gradually, during my university studies. I was preparing my master thesis dealing with “concept art of film and videogame works,” while also creating interactive installations using Kinect. I started to think about what defines a videogame. At the same time, there was a lot of talk surrounding titles like Dear Esther or Proteus, which I found intriguing. I was attracted by the idea of pushing the boundaries of the so-called “walking simulators,” changing it so that the movement and looking around lead to interaction with your virtual surroundings. That’s how I found the form. As far as content, I’d say that it’s a mix of matters I’ve been prone to thinking about all my life: time, space, and the universe. Time and space are the reoccurring themes for visual art, while the universe is the symbol of human knowledge. And of course, my memories and dreams have been just as important. 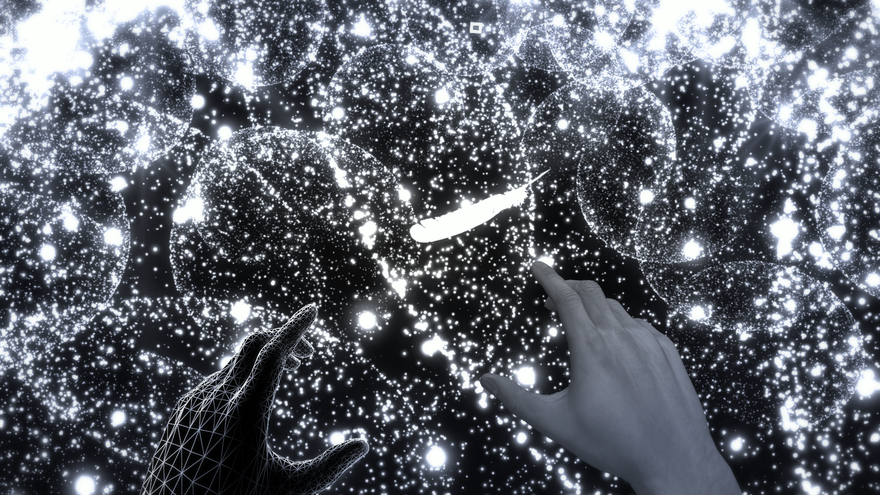 KS: How are your memories and dreams influencing the game?

During the day, I often recall these dreams. The memory often invokes the process of a next dream, which modifies my previous dreams. Basically, my dreams turn into memories, then those memories are once again turned into dreams. It’s some sort of a strange transformation cycle, which I wanted to capture in Rememoried. I also went through an interesting experience when I fell asleep while watching stars. The dreams I had then were much more intense. You should try it!

I’m convinced that the bad things are good for something

KS: How has your work on Rememoried changed the way you think about memory?

Interesting question. It is true that working on this topic for a long time automatically led me to closer examination, where I realized the power memories have. In terms of my pleasant memories, I feel a certain blunting of sharp edges and this swelling melancholy. So If I’m going through a pleasant moment, I already know that it will turn even more pleasant in my memories. That applies to both the real and virtual world. Remembering virtual experiences is intriguing in itself and just as intense. Just try to remember the first videogames you played. Weren’t they perfect?

KS: If you were given the option to forget all your bad memories, would you chose to do so?

I guess because I don’t have any extremely bad memories yet, I wouldn’t. I’m convinced that the bad things are good for something. A memory for me is a mechanism that prevents you from repeating the same mistakes all over again. If we deleted all the bad memories we have, we’d probably just keep bumping our heads into the wall. On the other hand, I realize that the oldest scars hurt the most. So I’m torn.

KS: How would you describe the game’s aesthetic?

I’ve always liked minimalism and functionalism. It may not seem like it, but it was the minimalist approach that guided me while creating the visual structures of Rememoried, which forms the imagery of the individual levels. At the same time, I wanted to hover at the line between abstraction and concretization. I’ve also been fascinated by the aesthetic of the creative process itself, so you can see all sorts of glitches in the game, starting with levitating polygons to flickering pixels. I just wanted to concede to the fact that this is a virtual world, but it can affect the real world all the same. I also paid close attention to light, which is always a very important element in all visual media from sketches to film. With all this combined, the game ended up looking kind of surreal.

fascinated by the aesthetic of the creative process itself

KS: What do you hope players experience in Rememoried?

I’d really want players to experience something new in Rememoried. They don’t need to understand. They just need to feel. Enjoy the audiovisual journey through dream layers, only to naturally discover how each works.